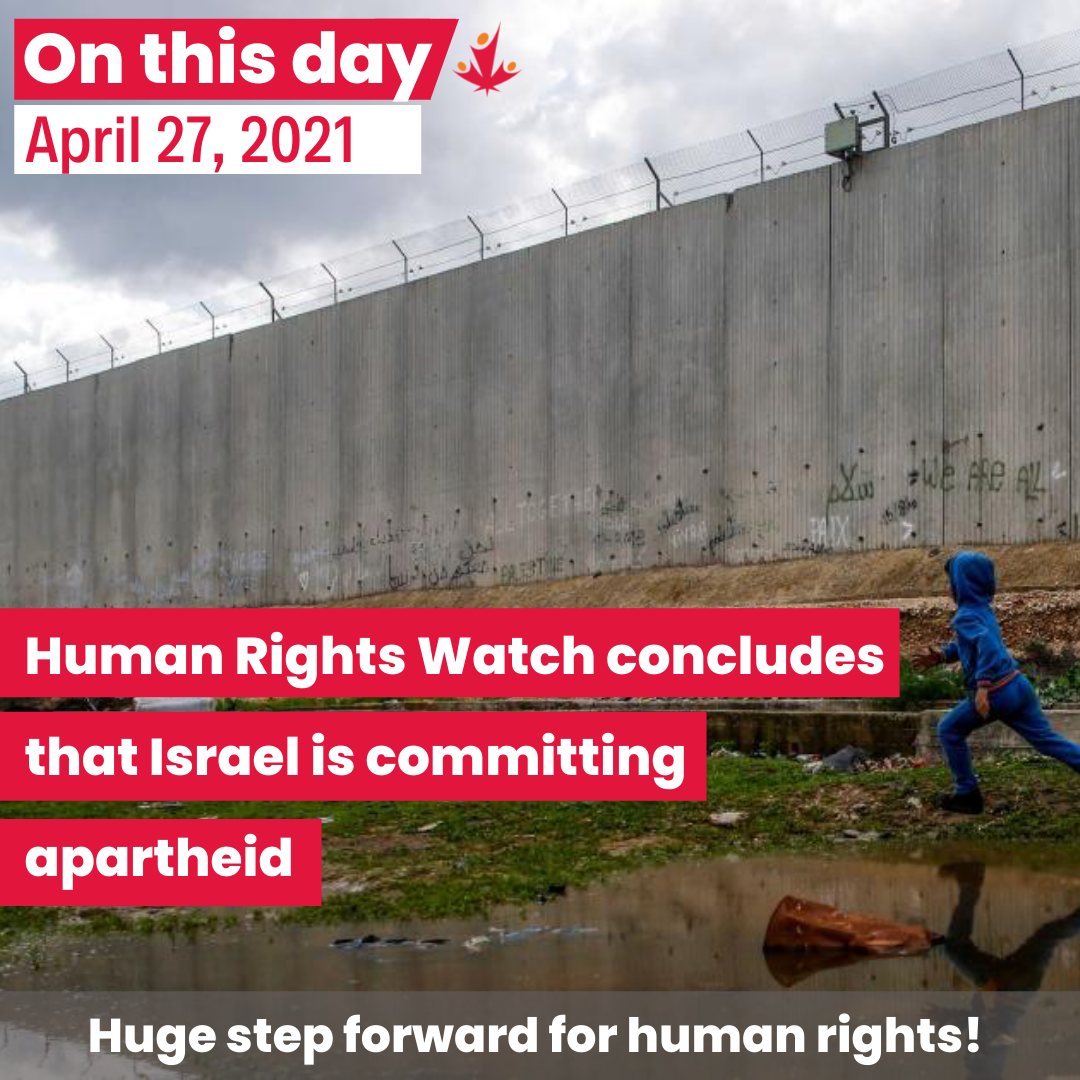 “Prominent voices have warned for years that apartheid lurks just around the corner if the trajectory of Israel’s rule over Palestinians does not change. This detailed study shows that Israeli authorities have already turned that corner and today are committing the crimes against humanity of apartheid and persecution.” - Kenneth Roth, executive director of Human Rights Watch.

On this day in 2021, Human Rights Watch released a 213-page report titled “A Threshold Crossed,” which concluded that Israeli officials were committing the crime against humanity of apartheid.  HRW derived its analysis by looking at Israel’s control over Palestinian land for over seventy years. Over those decades, Israeli authorities have consistently privileged Jewish Israelis over Palestinians, and have systematically discriminated against them. HRW determined that many Israeli policies contribute to its system of apartheid, including its discriminatory permit system in the West Bank, the evacuation of indigenous Palestinians from their land and homes, the besieged wall and closure of Gaza, and restrictions on movement and residency rights.

Human Rights Watch evaluated Israeli practices from the perspective of international law and concluded that these amounted to the crime of apartheid, as defined by the 1998 Rome Statute to International Criminal Court, and the 1973 Apartheid Convention. These tools define apartheid as a crime against humanity that uses systematic oppression over marginalized groups, inhumane acts, and domination of one racial group over the other.

“It is absolutely tragic that for years the international community has allowed Israeli authorities to commit the crimes against humanity of apartheid and persecution. Now that Human Rights Watch has provided policy makers with this extensive documentation detailing horrific abuses, there can be no more excuses. It is time for the international community to act.” - Thomas Woodley, CJPME President.

A Threshold Crossed: Israeli Authorities and the Crimes of Apartheid and Persecution