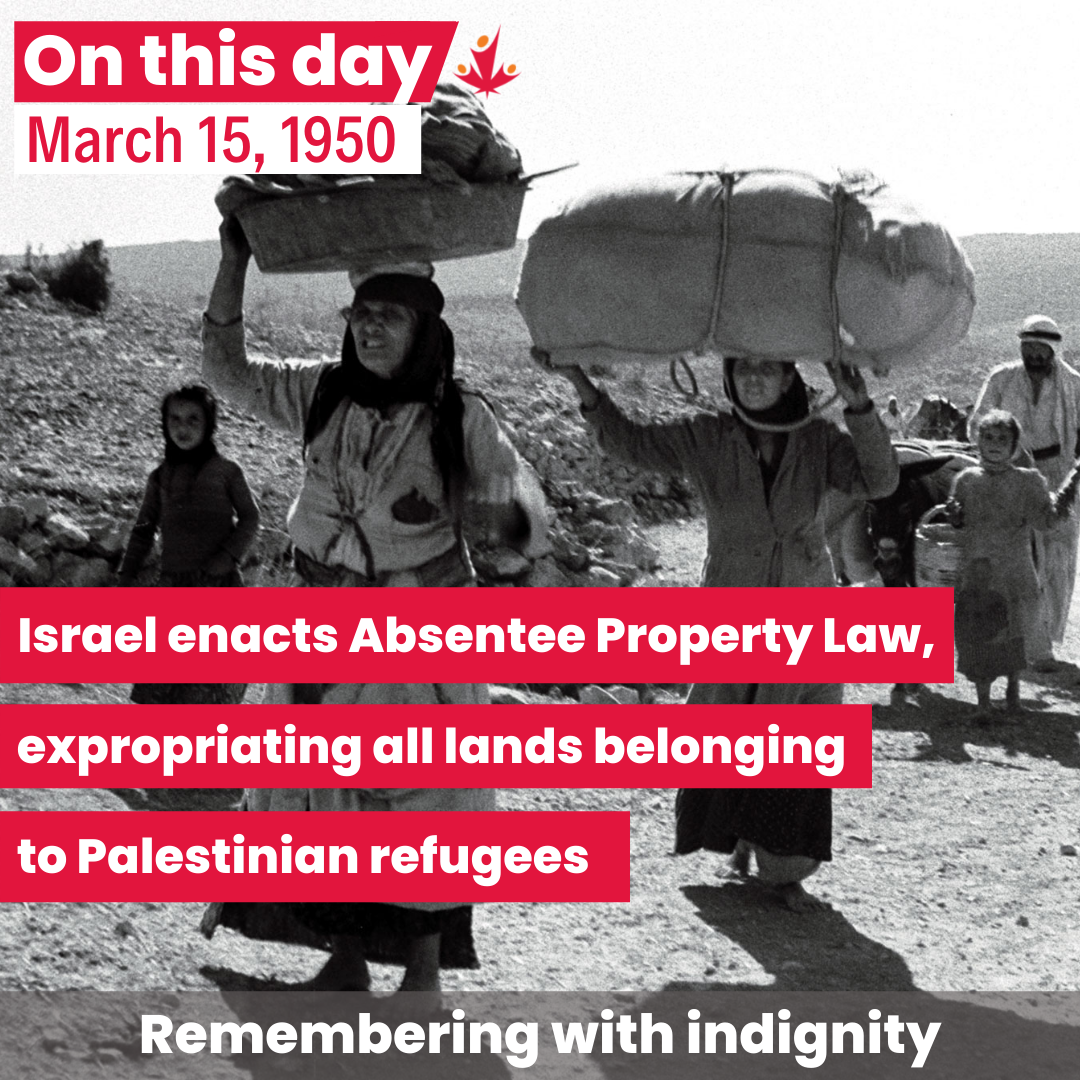 On this day in 1950, the Israeli Knesset enacted the Absentee Property Law, which expropriated the land and property of Palestinians who fled their homes during the Nakba in 1948. The law declared that any Palestinians who had been away from their land during the war (even if they were seeking refuge in a neighbouring town) were considered “absentees” and lost all rights and ownership to it. This consequentially led Israel to demolish hundreds of thousands of Palestinian homes and expropriate millions of acres of Palestinian land. As a result of this, hundreds of indigenous cities and villages were systematically destroyed by Israeli soldiers and transferred to Jewish Israelis, preventing the return of the original owners.

"The law gives anyone who is a Jew the right to claim property, in principle, whether they could prove their ownership to it or not. But a Palestinian who was displaced from his village in 1948 has no right to claim his property back under such a law.” Suhad Bishara, Adalah: Legal Center for Arab Minority Rights in Israel

Under Israeli law today, there are significant discriminatory barriers which make it difficult for Palestinians to obtain a permit to build a home. Since most permits are declined, Palestinians are often forced to build “illegally,” resulting in Israel demolishing their homes. These policies and discriminatory acts of colonization are put in place to privilege the settlement of Jewish Israelis at the expense of Palestinians.