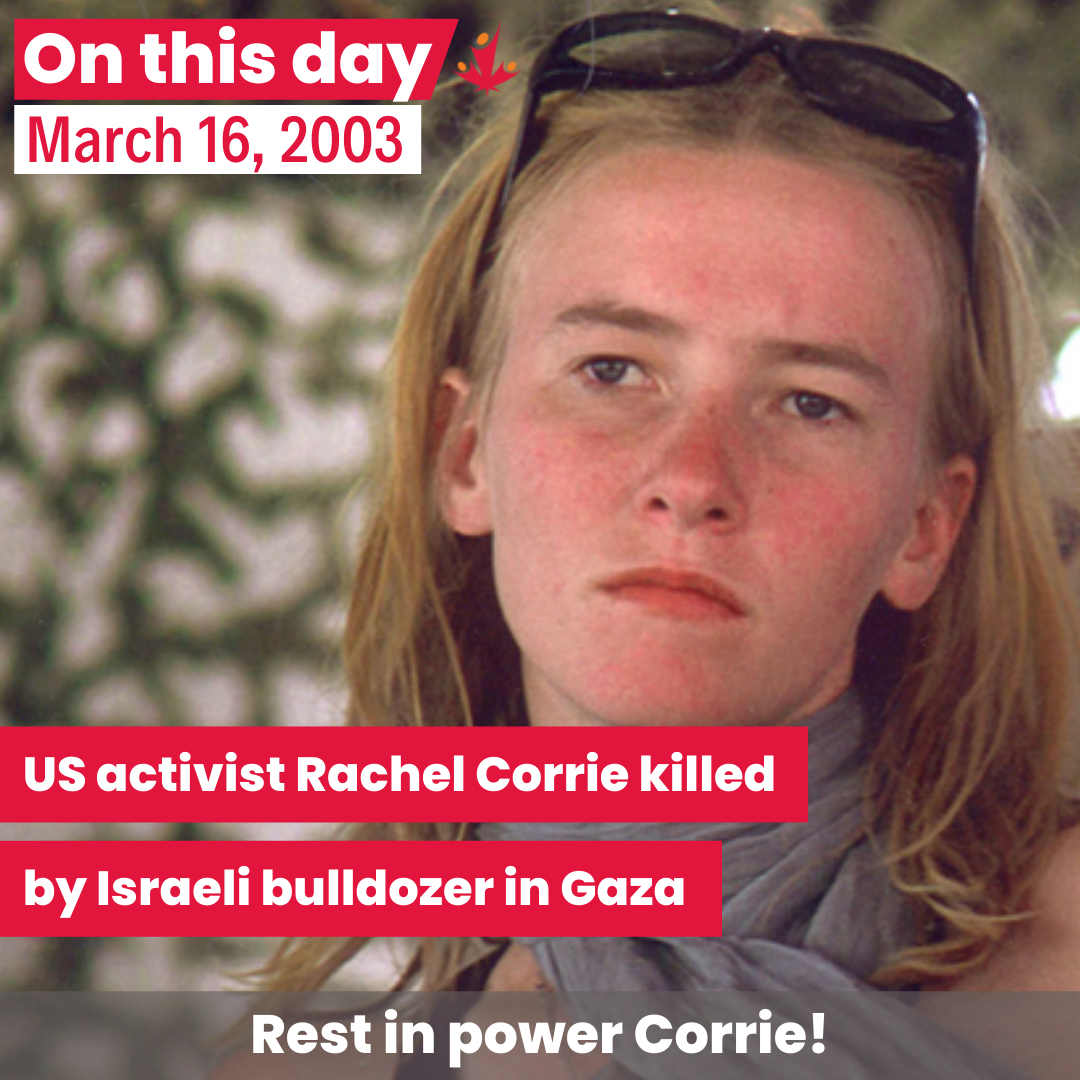 “This trial is an attempt to hold accountable not only those who failed to protect Rachel’s life but also the flawed system of military investigations which is neither impartial nor thorough. Under international law, Israel is obligated to take all feasible precautions to spare civilians from the dangers of military operations. The Israeli military flagrantly violated this principle in the killing of Rachel Corrie and it must be held accountable.” - Hussein Abu Hussein, Amnesty International

On this day in 2003, Rachel Corrie, a 23-year-old American student, was crushed and killed by an Israeli bulldozer while trying to prevent Israeli forces from demolishing a Palestinian home in Gaza. The cause of her death was immediately ruled out as an accident by Israeli authorities, who declined to undertake a full investigation. However, activists on the scene claimed that the incident was deliberate, and that Corrie was targeted for her solidarity work.

Corrie’s parents filed a civil lawsuit against Israeli authorities, charging them with negligence including the failure to conduct a credible investigation. This action was encouraged by the US State Department, which agreed that Israel’s investigation lacked transparency, but refused to launch its own inquiry. After an extended legal battle, the family’s lawsuit was rejected by the Israeli Supreme Court, which determined that the Israeli military cannot be held responsible for actions taken in a “closed military zone.”

Rachel Corrie’s continues to inspire activists in Palestine and around the world, as a symbol of non-violent resistance against Israeli impunity.