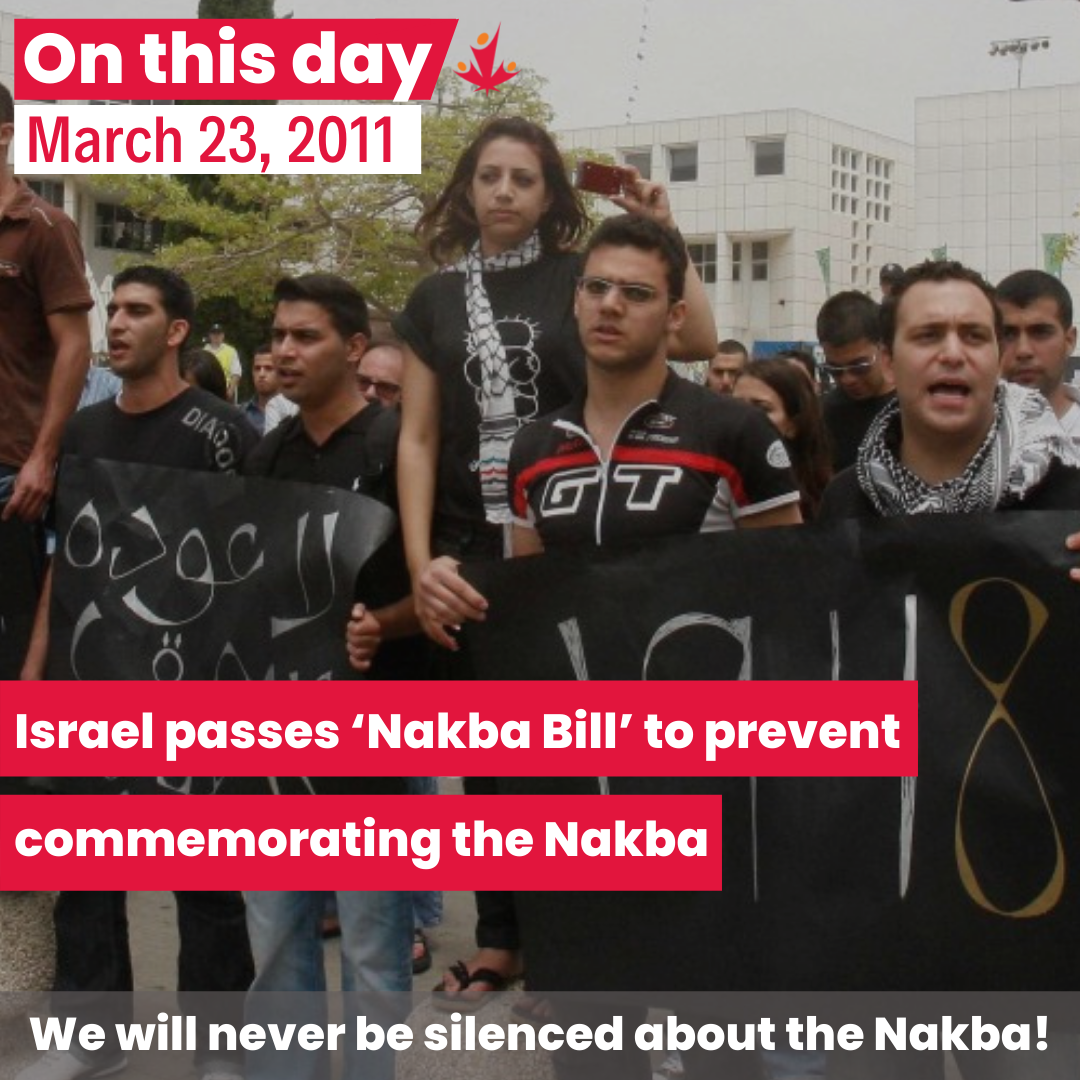 “Commemoration of the Nakba is being outlawed because it asserts Palestinian political and moral claims to justice, redress and the right of return, exposing a critical contradiction at the heart of Israel’s claim to be exclusively Jewish and ‘democratic.” - Aimee Shalan, Council for Arab British Understanding

On this day in 2011, the Israeli Knesset passed a controversial bill called the ‘Nakba Bill.’ This bill imposes financial sanctions on institutions that commemorate the Nakba, one of the most significant events in modern Palestinian history. Nakba means ‘catastrophe’ in Arabic, and refers to when more than 700,000 Palestinians were forced from their homes during the establishment of the state of Israel, as part of a process of ethnic cleansing.

Nakba day is a day of mourning for Palestinians, who commemorate this day by organizing events within their schools, universities, and other community institutions. However, due to the Nakba Bill, their freedom of expression is now severely restricted. This law causes harm to Palestinians living as citizens of the state of Israel by preventing them from preserving their history and culture. Israeli officials justify this law by falsely accusing those who acknowledge the Nakba of denying the existence of Israel as a Jewish state.

In response to the bill, Adalah, an independent human rights organization, filed a petition to the Supreme Court, claiming that the law is unconstitutional. A year later, the Supreme Court rejected the petition.

Israel criminalizes commemoration of the Nakba