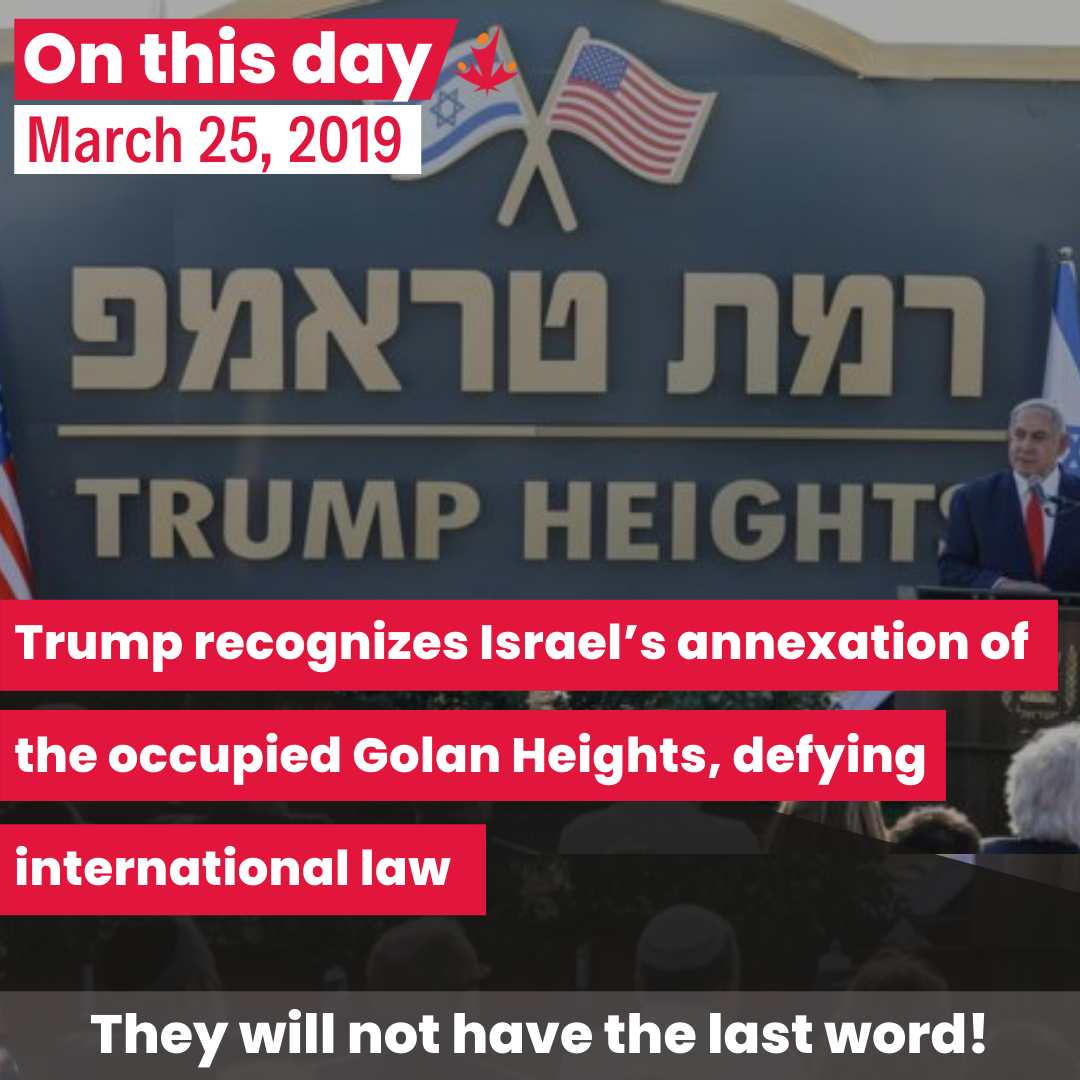 “Syrians have always rejected Israeli control of their land and will remain steadfast in standing against Israel’s systematic oppression. The U.S.’s decision will have no impact on this reality." - Arab Human Rights Centre in Golan Heights (Al-Marsad)

On this day in 2019, United States President Donald Trump signed an order recognizing the occupied Syrian Golan Heights as a part of Israel, defying international law. Israel captured the Golan Heights from Syria during the 1967 war and annexed the territory in 1981. This act was never recognized by the international community, which considers the Golan Heights to be occupied territory. Trump’s order was perceived as a political gift to Israeli Prime Minister Netanyahu, who unveiled a new illegal settlement in the territory named “Trump Heights.”

US President Joe Biden has declined to revoke Trump’s order, keeping US policy out of step with international law. In December of 2021, Israeli Prime Minister Naftali Bennet declared a multi-million plan to double the number of settlers living in the occupied Golan Heights.

Golan Heights: Why it matters to US, Israel and Syria