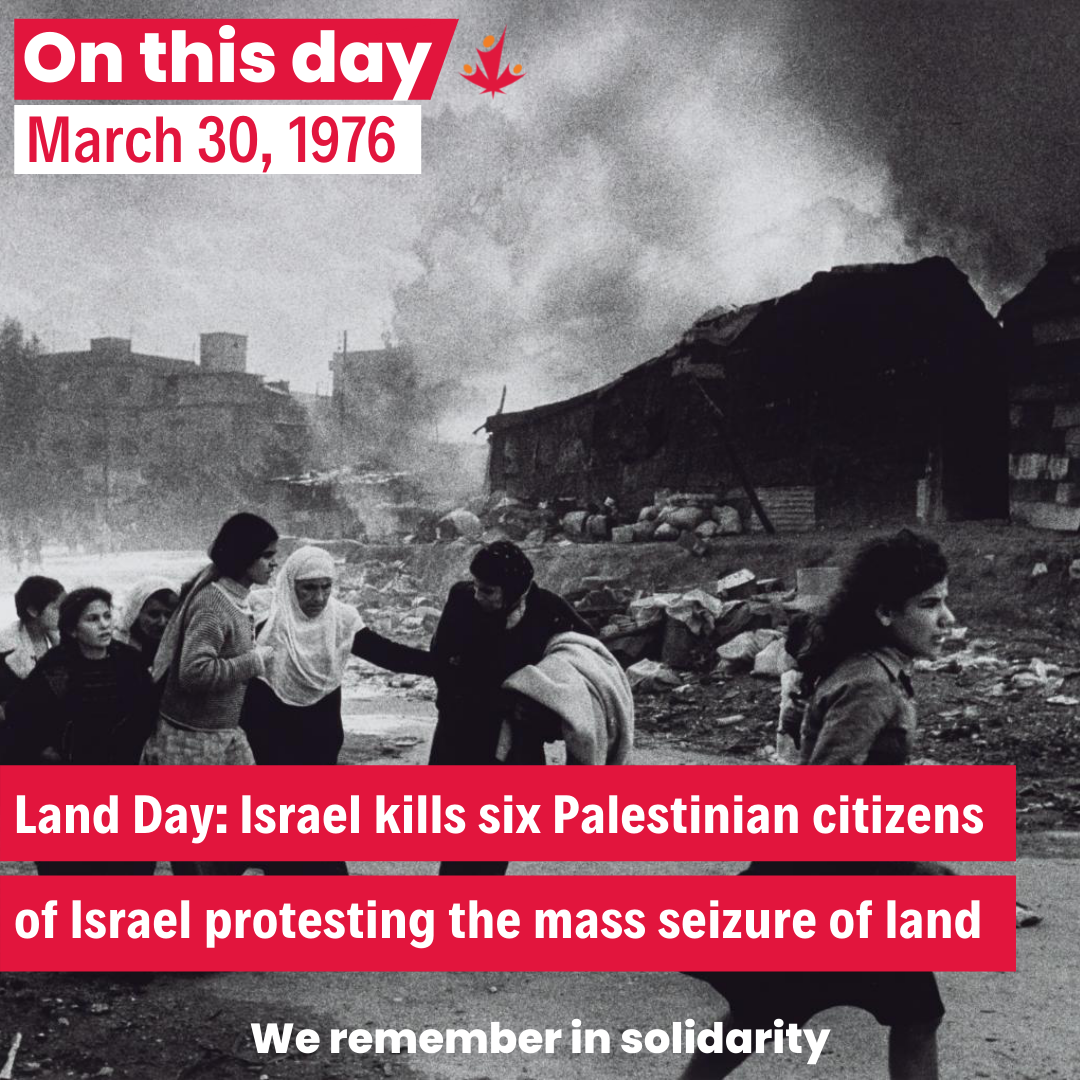 On this day in 1976, Israel shot and killed six unarmed Palestinian citizens of Israel, who were participating in a massive demonstration against the Israeli government’s plans to expropriate thousands of dunams of land. The protests by Palestinian citizens of Israel – across the country in the Galilee, the Naqab, and Wadi Ara – were met with severe Israeli violence, injuring hundreds more.

From then on forward, March 30 became recognized as Land Day, when Palestinians everywhere commemorate those who resisted Israeli expropriation and emphasize their continued relationship to the land. It remains a reminder of Israel’s continuous settler colonial and apartheid regime. Palestinians across the world commemorate this day, whether they are citizens of Israel, within the occupied territories or in the diaspora, by going out to the streets to demonstrate against Israel’s suppression, brutality, and confiscation of land. In doing so, they draw attention to ongoing Israeli practices of land expropriation and home demolitions, and to the ongoing denial of the right of Palestinian refugees to return to their homes.

“For Palestinians, Land Day presents an opportunity not only to mark a past event, but also to think about creative and resilient ways to further resist Israeli land theft” - Yara Hawari

Palestine Land Day: A day to resist and remember