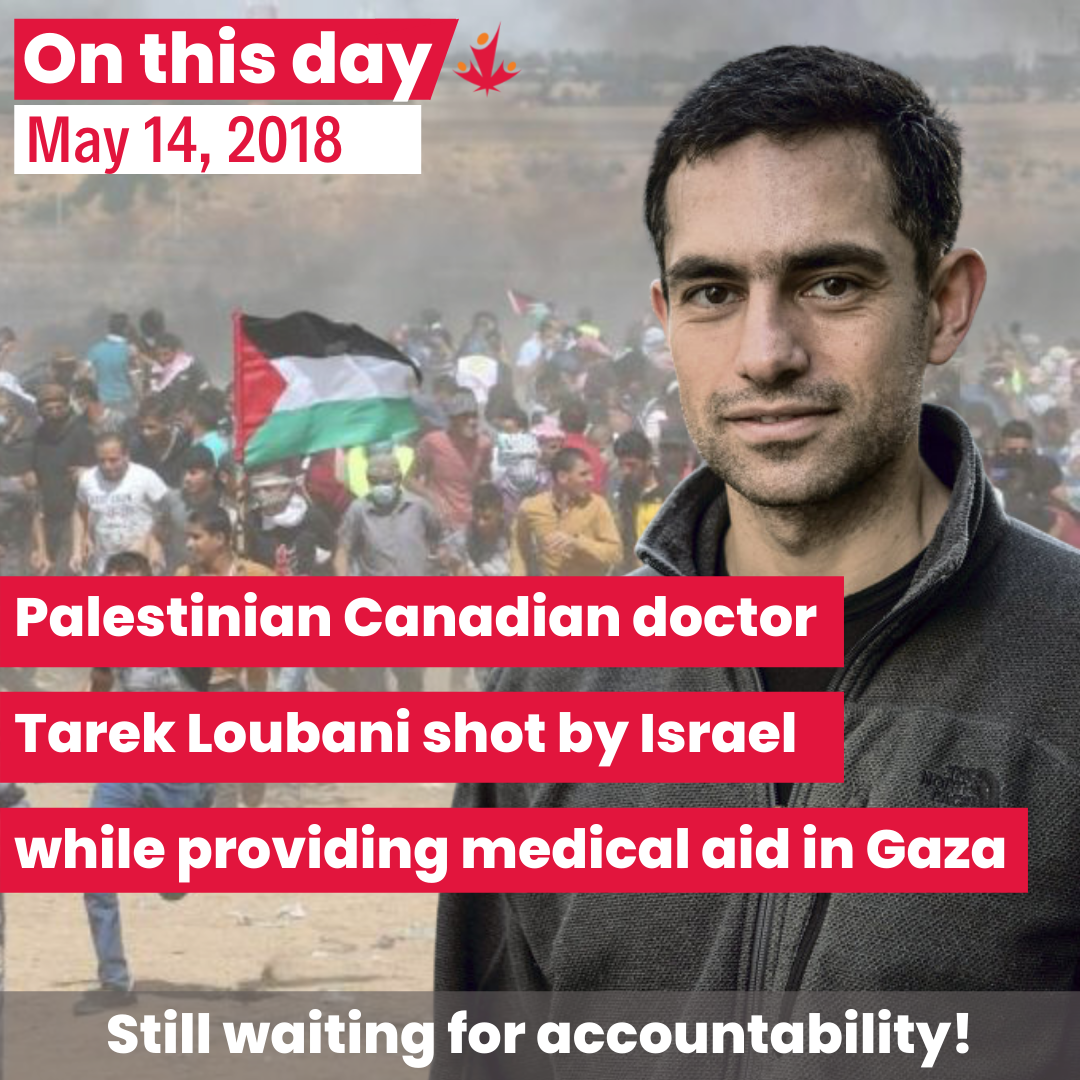 “It’s very, very hard to believe that the Israelis who shot me and the Israelis who shot my other colleagues—just from our medical crew, four of us were shot, including Musa Abuhassanin, who passed away. It’s very hard to believe that they didn’t know who we were, they didn’t know what we were doing, and that they were aiming at anything else.” - Dr. Tarek Loubani

On this day in 2018, Tarek Loubani, a Palestinian Canadian doctor from London, Ontario was shot in both legs by Israel while providing medical aid to protesters in Gaza during the Great March of Return. While standing with his medical team, he suddenly found himself falling to the ground, injured. A paramedic by the name of Musa Abuhassanin rushed to aid him, and was later shot and killed. A total of 19 medical personnel were shot that day.

Canada’s response was initially muted, but Justin Trudeau eventually released a statement saying he was “appalled” by the incident and calling for an "independent investigation." However, although he appreciated the acknowledgment, Loubani said that it wouldn’t have a meaningful impactful for Palestinians living in Gaza: “We could try to relieve the blockade, build a port, create a way for Palestinians to enter and exit. These are things that will improve Palestinian lives, not investigations. We don’t lack investigations. And frankly, while I think that it will be academically interesting to add to the record, I don’t think it will change Palestinian lives.” Regardless, an investigation into the incident never took place, and Israeli officials were never held accountable.

Tarek Loubani in Mondoweiss: Canadian doctor: Israeli soldiers shot me in both legs as I was treating injured protesters in Gaza