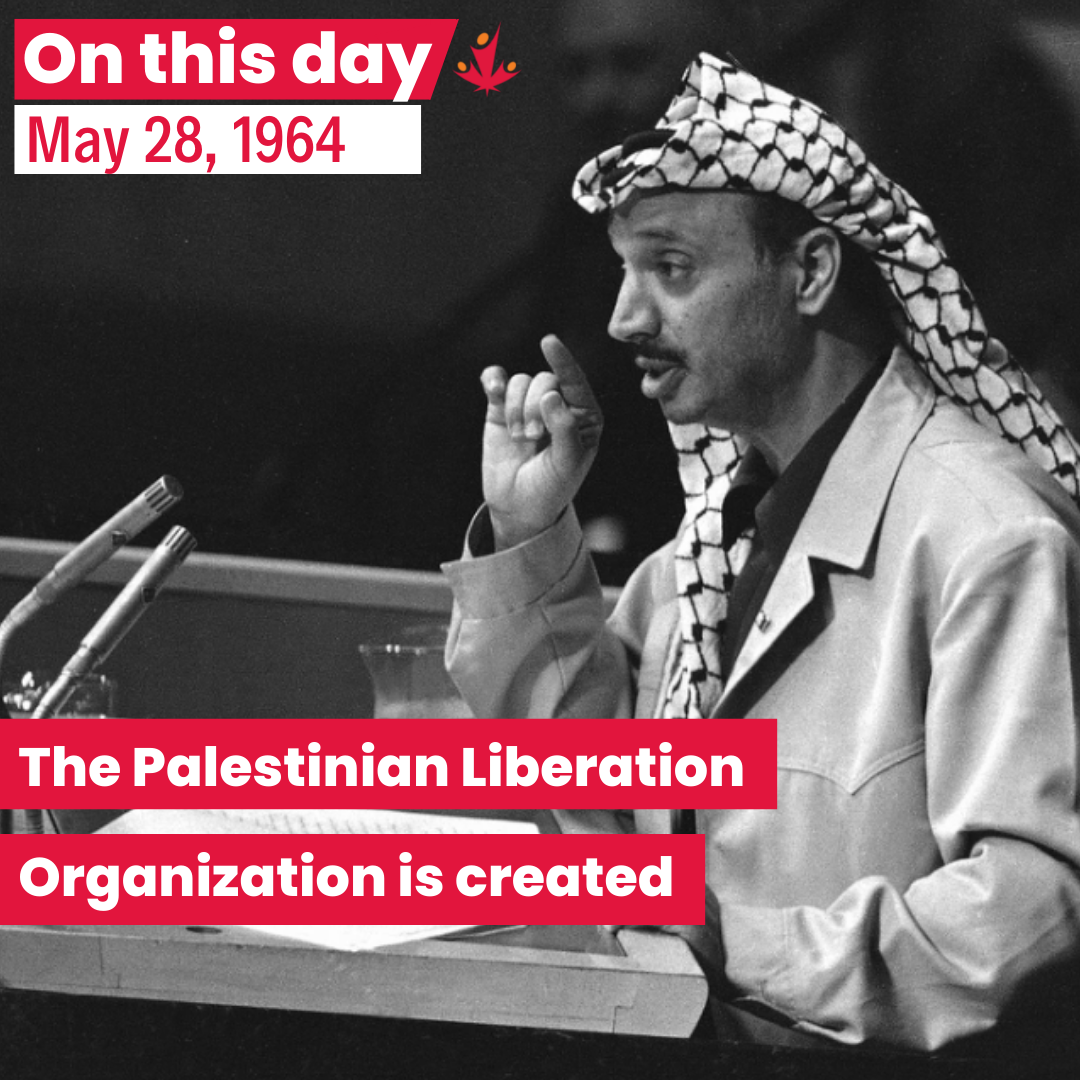 May 28, 1964: The Palestinian Liberation Organization is created

"Today I have come bearing an olive branch and a freedom fighter's gun.  Do not let the olive branch fall from my hand" – PLO Chairman Yasser Arafat in a 1974 address to the UN General Assembly

On this day in 1964, the Palestinian Liberation Organization (PLO) was founded by the Arab League as the main representative body for the Palestinian people. Following the 1967 war, the PLO would become a prominent player in the struggle for the liberation of Palestine. While for several decades the PLO was engaged in guerrilla warfare against Israel, in the 1990s this strategy was replaced with the diplomacy and state-building approach of the Oslo Accords and the creation of the Palestinian Authority.

The PLO was created as an umbrella organization through the combination of various existing Palestinian organizations, including resistance movements and political parties. Yasser Arafat, the founder of Fatah, became the chairman of the PLO in 1969, and Fatah became the dominant faction.

In the late 1960s, and especially under the leadership of Arafat, the PLO was increasingly engaged in armed struggle, carrying out guerrilla attacks to try to focus the world’s attention on the Palestinian cause. In 1974, the Arab Summit recognized the PLO as the “sole and legitimate representative of the Palestinian people,” and the PLO was granted observer status at the United Nations.

In 1988, the PLO accepted UN resolutions which effectively recognized Israel and endorsed the goal of a two-state solution, abandoning its former objective of creating a secular and democratic state in all of historic Palestine. In the 1990s, the PLO signed the Oslo Accords which created the Palestinian Authority as an interim authority with limited autonomy over the West Bank and Gaza, with the understanding that within five years this would be replaced with an independent Palestinian state. However, negotiations have long since collapsed, leading many Palestinians to conclude that the two-state solution has failed, and many are returning to the idea of a single and democratic state.

United Nations - The International Status of The Palestinian People

Mission of Palestine to the UN - Palestine Liberation Organization