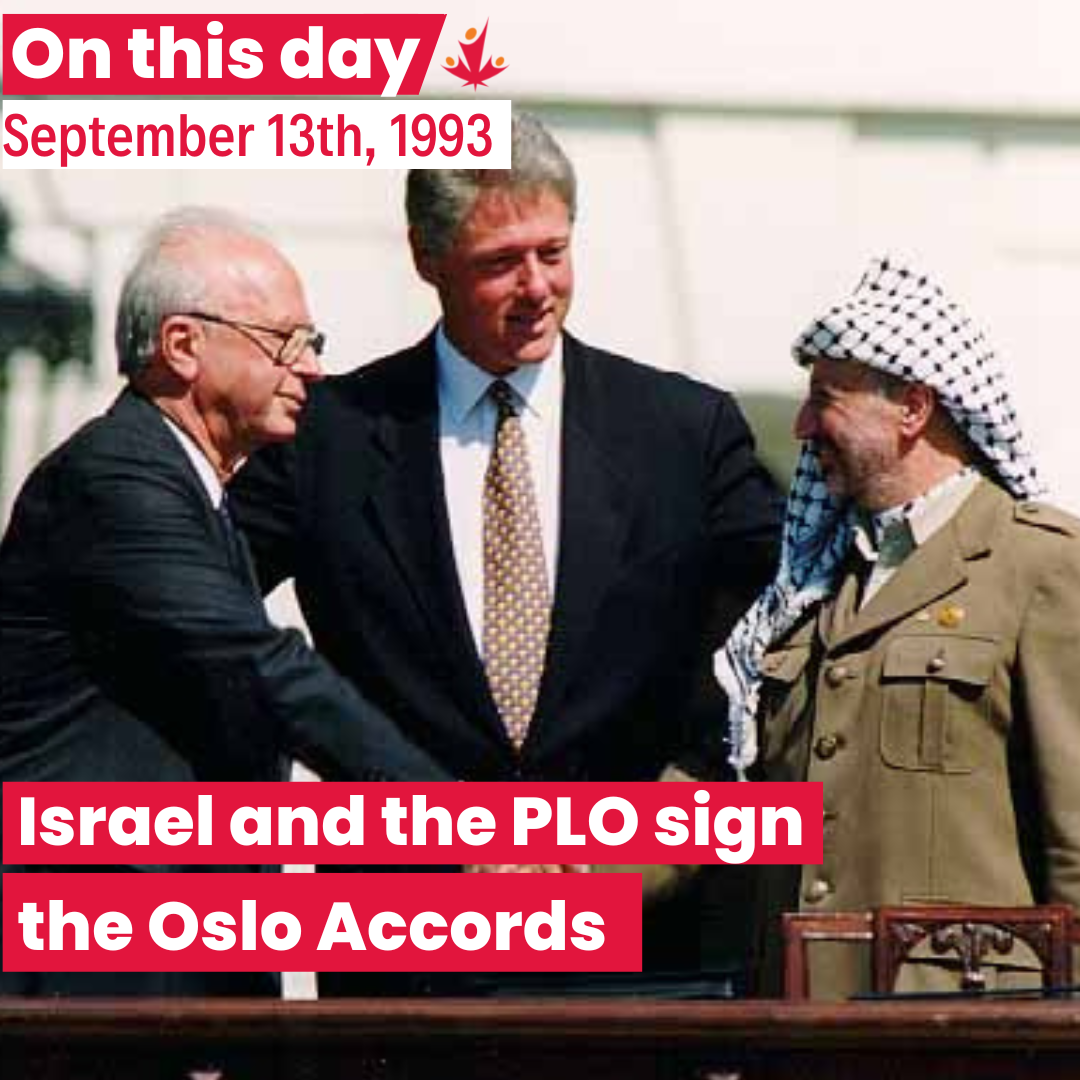 September 13, 1993: Israel and the PLO sign the Oslo Accords

On this day in 1993, Israeli Prime Minister Yitzhak Rabin and Palestinian Liberation Organization negotiator Yasser Arafat signed the Oslo Accords, starting the Oslo peace process. Initially, many people greeted Oslo with optimism. As part of this process, the PLO recognized “the right of the State of Israel to exist in peace and security,” and Israel recognized the PLO as “the representative of the Palestinian people.” The Oslo Accords also committed the parties to a process for increasing the self-determination of the Palestinian people, and it was thought to be a step towards the creation of an independent Palestinian state within a period of five years. However, critics like Palestinian writer Edward Said warned from the start that Oslo was an “instrument of Palestinian surrender.” Decades later, Israel’s domination over occupied Palestinian territory remains deeper than ever.

The Oslo Accords did not end Israel’s occupation of Palestinian land, but gave the Palestinians a degree of autonomy through the creation of the Palestinian Authority, which would have temporary, limited control over 17% of the West Bank. All “final status” issues, like the status of Jerusalem and the right of the Palestinian refugees to return to their homes, were left unresolved and delayed into the future. Neither did Oslo prevent Israel from increasing its illegal settlements, which tripled over the next decades. As Said wrote in 1993, “No negotiations are better than endless concessions that simply prolong the Israeli occupation. Israel is certainly pleased that it can take the credit for having made peace, and at the same time continue the occupation with Palestinian consent.”

As Michael Fischbach writes in the Interactive Encyclopedia of the Palestinian Question:

“The two decades since the signing of the Oslo Agreement have witnessed the passing of the five-year deadline without any final peace treaty, the eruption of the second intifada in 2000, the general cessation of meaningful negotiations between Israel and the Palestinians, and, perhaps most importantly, the continued expansion and entrenchment of the Israeli occupation in the West Bank coupled with a crippling siege of the Gaza Strip. The results of the Oslo Agreement might thus be viewed as a reconfiguring of the framework for occupation rather than a step toward statehood or liberation.”

Madrid and the Oslo Agreement - PalQuest

The Oslo Process And The Establishment Of The Palestinian Authority - PalQuest

The Price of Oslo - Al Jazeera