September - On This Day

Below are key calendar dates in September related to Canada and the Middle East, especially Palestinian activism and resistance.  Please email [email protected] if you would like to suggest other anniversaries or dates for our "On this day" commemorations.

September 13, 1993: Israel and the PLO sign the Oslo Accords 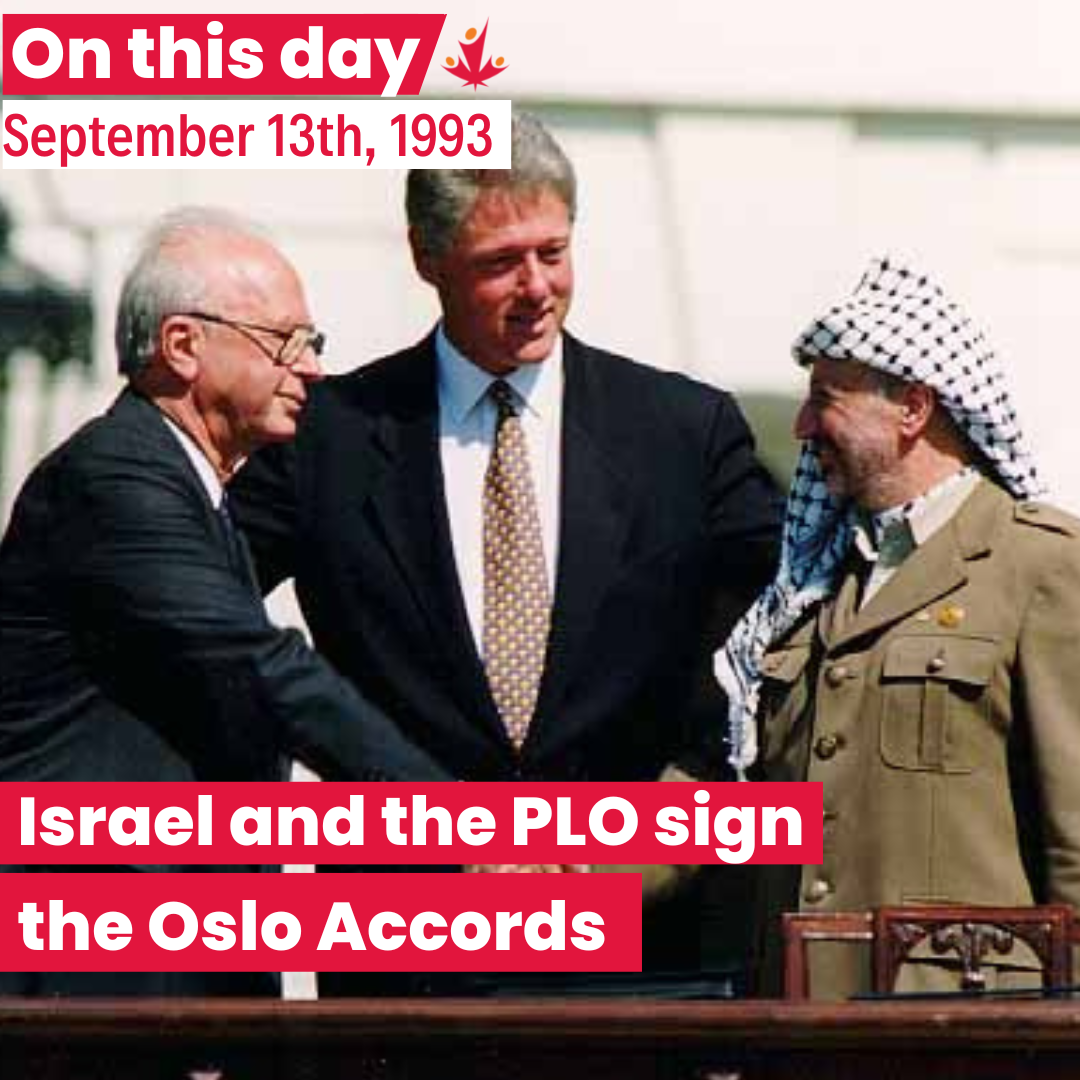 On this day in 1993, Israeli Prime Minister Yitzhak Rabin and Palestinian Liberation Organization negotiator Yasser Arafat signed the Oslo Accords, starting the Oslo peace process. Initially, many people greeted Oslo with optimism. As part of this process, the PLO recognized “the right of the State of Israel to exist in peace and security,” and Israel recognized the PLO as “the representative of the Palestinian people.” The Oslo Accords also committed the parties to a process for increasing the self-determination of the Palestinian people, and it was thought to be a step towards the creation of an independent Palestinian state within a period of five years. However, critics like Palestinian writer Edward Said warned from the start that Oslo was an “instrument of Palestinian surrender.” Decades later, Israel’s domination over occupied Palestinian territory remains deeper than ever. 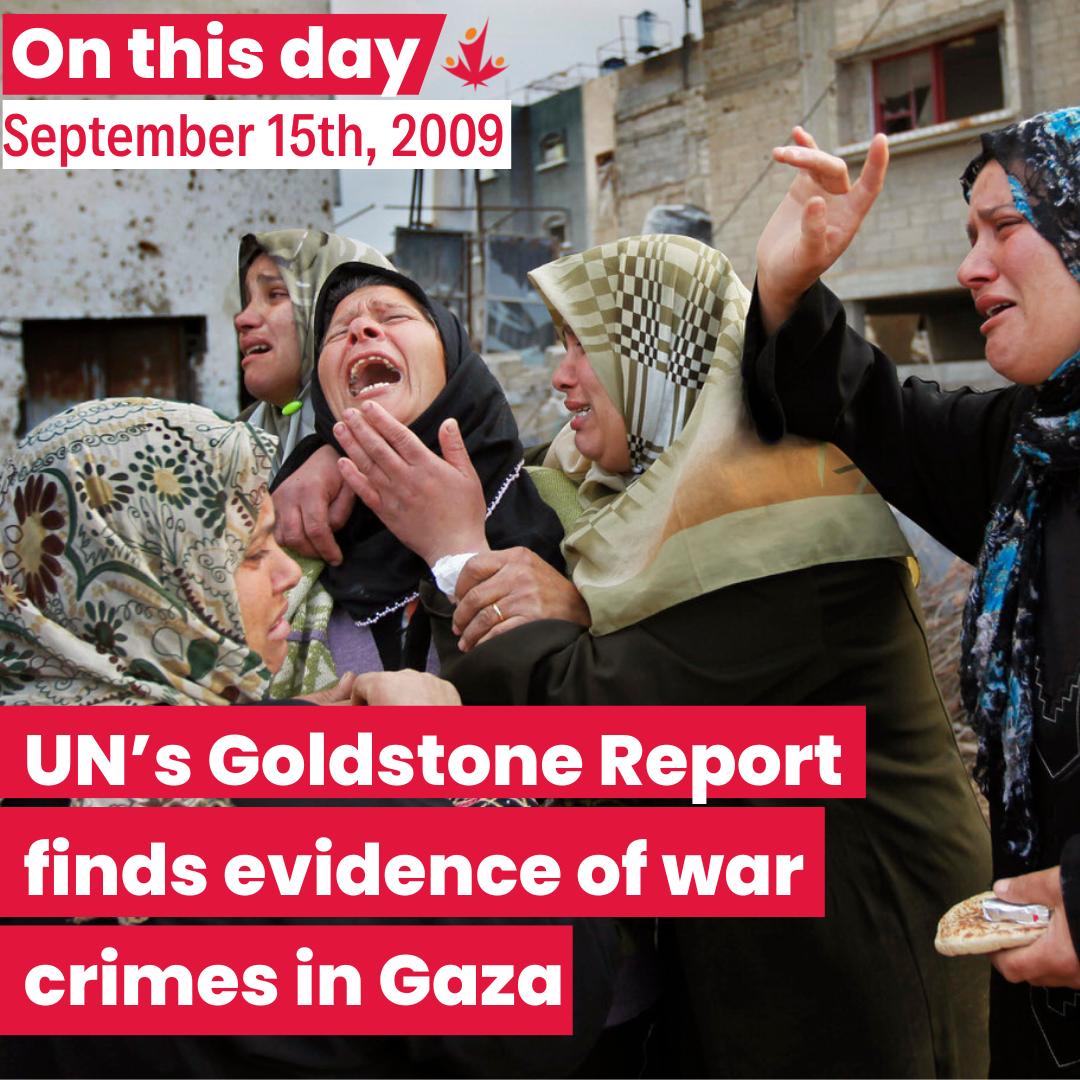 On this day in 2009, the UN released the 574-page Goldstone Report finding evidence of war crimes and possible crimes against humanity by both Israel and Palestinian militants in Gaza. The report was the product of a UN Fact-Finding Mission, formed by the UN Human Rights Council and led by South African judge Richard Goldstone, following Israel’s 2008-2009 war on Gaza (‘Operation Cast Lead’) which killed over 1,400 Palestinians and 13 Israelis. On this day in 1982, Israel facilitated a massacre of the Sabra and Shatila refugee camps in Beirut, Lebanon, killing more than 3,500 including children, women and men both Palestinian and Lebanese, in a three-day period. Although the violence was directly committed by right-wing Lebanese Christian Phalangist militias, invading Israeli forces played a key role in the massacre: 1) by completely surrounding the refugee camps, preventing anyone from escaping, and 2) by allowing the Lebanese militias into the camp “under the protection and supervision of Israeli forces.” Israel had invaded West Beirut following the assassination of Lebanon’s President Bashir Gemayel on September 14, 1982.