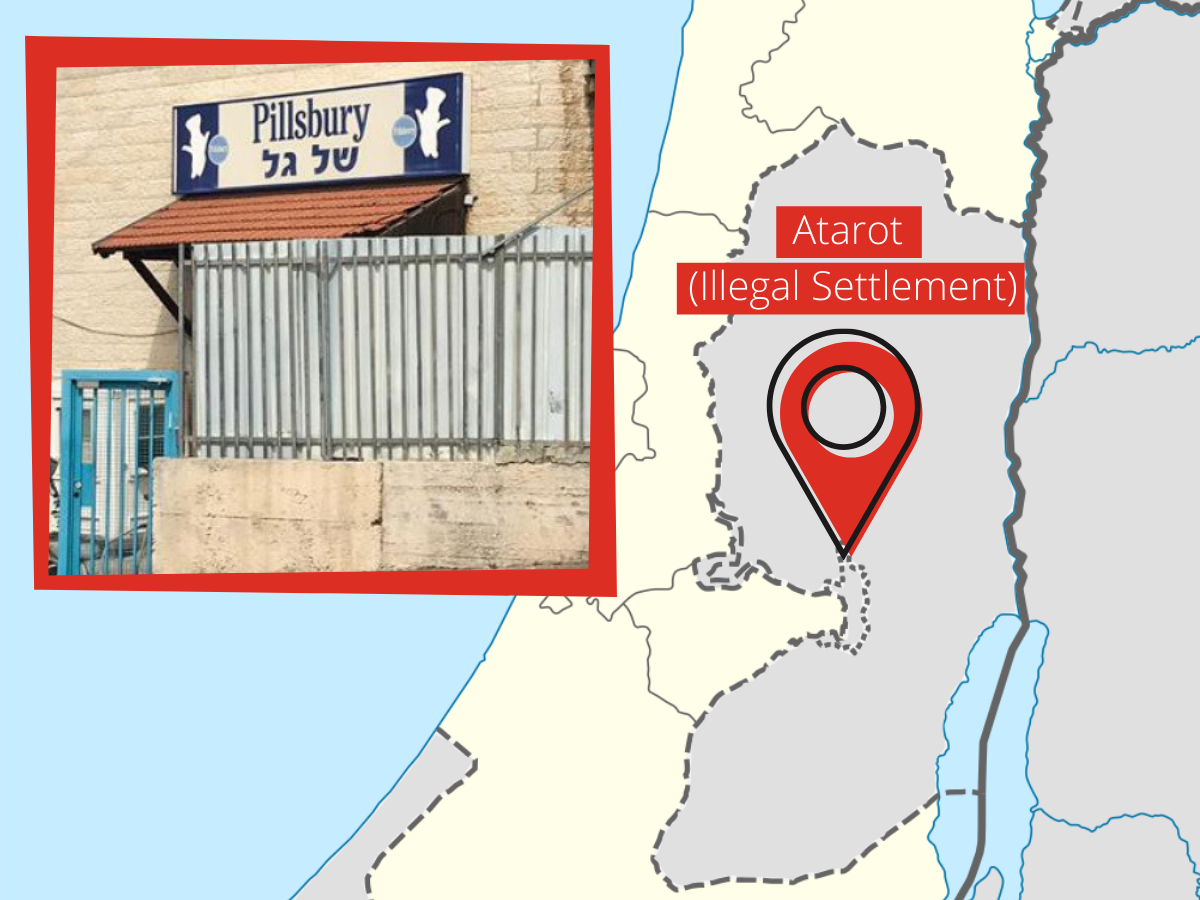 Update: On May 31, 2022, General Mills announced that it was fully divesting from its subsidiary in Israel, following the two-year boycott campaign. Now that General Mills has confirmed that Pillsbury products will no longer be produced in the Israeli settlements, the AFSC, CJPME, and other campaigners have ended their boycott of Pillsbury products. See CJPME's Factsheet: Pillsbury Ends Business in Israeli settlements

Pillsbury, which is owned by General Mills, has a factory in the Atarot Industrial Zone, an illegal Israeli settlement in occupied East Jerusalem, near Ramallah. This territory was illegally occupied by Israel in 1967, which later illegally claimed to annex it in 1980.

The United Nations Human Rights Office has criticized General Mills for its presence in Atarot, listing it in a database of business enterprises that are active in illegal Israeli settlements. This UN database categorizes General Mills as a company that exploits “natural resources [in occupied territory], in particular water and land, for business purposes.” This activity is contrary to international law, and contributes to Israel’s ongoing theft of Palestinian land and natural resources.

In April 2021, five members of the Pillsbury family published a letter announcing that they “have no choice but to join this boycott of the very brand our family worked so hard to build”:

As long as General Mills continues to profit from the dispossession and suffering of the Palestinian people, we will not buy any Pillsbury products. We call on General Mills to stop doing business on occupied land. And we call on all people of good conscience and all socially responsible organizations across the globe to join in boycotting Pillsbury products until General Mills stops this illegal and immoral practice.

Like Palestinians, the Pillsbury family, and many conscientious consumers, CJPME joins the call for a boycott of Pillsbury Products until it stops operating in illegal Israel settlements.

What action can you take?

Check out BoycottPillsbury.org for more information.