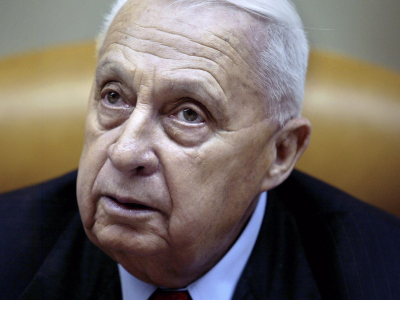 Montreal, January 13, 2014  — CJPME laments that Ariel Sharon has died without ever facing justice for his role in massacres of Palestinian refugees and in the expansion of Israel’s illegal settlements in the occupied Palestinian territories.  In multiple roles in successive Israeli governments, Sharon was cited for several violations of international law. “With Sharon’s death, there is surprisingly scant mention of the war crimes in which he is directly implicated, let alone any remedial action by western governments, including Canada,” says CJPME President Thomas Woodley.

CJPME reminds Canadians that as Israel’s defense minister, Sharon was in charge of the Israeli military controlling the area of the Sabra and Shatilla refugee camps in Lebanon, during Israel’s 1982 invasion of its northern neighbour. As Israel’s Kahan Commission of inquiry later concluded, Sharon authorized the incursion of Lebanese Christian Phalangist militias into the camps, despite the clear risk that they would massacre the Palestinian civilians there. The Israeli military estimates that the militias massacred 700-800 people, including infants, children, pregnant women and the elderly, mutilating many. (Other estimates are much higher.) The Commission noted Sharon’s “disregard of the danger of a massacre” was “impossible to justify,” as recalled by Human Rights Watch.

Despite the Commission’s findings, Sharon went on to become Prime Minister from 2001 to his stroke in 2006. During his tenure as PM, Sharon—long a promoter of Israel’s illegal settlements in the occupied Palestinian territories—increased the number of settlers from 388,000 to 461,000 (19 percent).  Sharon’s establishment and expansion of settlements in the occupied Palestinian territories violated international law (art. 49, Fourth Geneva Convention.)  As well, Sharon initiated the construction of Israel’s wall, which juts deep into Palestinian territory, again contrary to international humanitarian law, annexing many “settlements” to the Israeli side.  During his term, the Israeli military imposed harsh discriminatory restrictions on Palestinians’ movements within the West Bank and Gaza.  These restrictions have had devastating economic and social consequences for Palestinians.

For Israelis, Sharon is a former head of state, and the fanfare around his passing is understandable.  However, for the rest of the world, CJPME urges Canadian and other leaders to make clear that Sharon’s legacy is one of much death, destruction, and misery.  Canadian media may also wish to point out that the “family farm” at which Sharon is being buried in fact originally belonged to the family of Dr. Izzeldeen Abuelaish, a Palestinian doctor now resident in Canada, whose three daughters were killed by Israel forces during their 2008-2009 assault on Gaza.