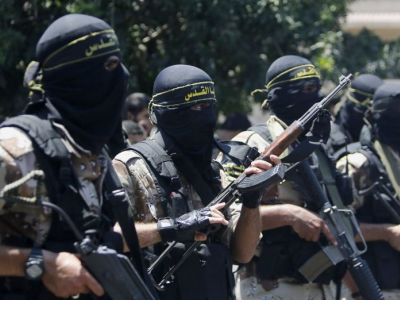 Montreal, March 13, 2014  — Canadians for Justice and Peace in the Middle East (CJPME) condemns the recent escalation of cross-border violence between Israel and the militant group Islamic Jihad, operating in Gaza.  CJPME also condemns the Canadian government’s lop-sided response to the escalation. The Harper government condemned the rocket attacks from Gaza, but ignored Israel’s role – beginning on Tuesday – in the current surge of violence.  “On what basis does the Harper government condemn one act, and condone another,” says CJPME President Thomas Woodley. Canada has thus far also failed to critique Israeli airstrikes in Gaza conducted late Wednesday.  CJPME urges the Canadian government and Canadian MPs to press both Israel and Islamic Jihad to respect the cease-fire.

According to a New York Times report, Israeli military spokesman Lt. Col. Peter Lerner acknowledges that Israeli troops were conducting operations inside Gaza on Tuesday morning (March 11). Witnesses and officials in Gaza reported that Israeli tanks, bulldozers and troops were operating inside Gaza’s borders, in violation of the 16-month old cease-fire. According to Lerner, militants from Islamic Jihad then fired mortar at the Israeli troops; moments later, Israel conducted an airstrike killing three members of Islamic Jihad.

Tuesday’s exchange triggered further rocket fire from the Gaza Strip, including an hour-long barrage of over 60 rockets late Wednesday afternoon. Israel then conducted further airstrikes on what its military described as 29 “terror sites.” Seven more rockets were launched from Gaza overnight and this morning, with two landing in open areas near Ashdod and Ashkelon in Israel’s south. None of the Gaza rockets caused injuries. According to the NYT report, the Gazans did not fire their longer-range rockets and Israel’s airstrikes yesterday and today, while forceful, hit in open areas and likewise caused no casualties.

This escalating violence comes amid a spike in tensions between Israel and other Middle East countries. In Jordan, protesters have urged the government to expel the Israeli ambassador in the wake of Monday’s fatal shooting of a Jordanian judge of Palestinian origin at the usually peaceful AllenbyBridge between Israel and Jordan. Israeli authorities claim that the judge tried to seize an Israeli weapon and strangle an Israeli soldier at the crossing, but Palestinian witnesses indicated to UK newspaper The Guardian that the man was shot following an argument over a cigarette. Yesterday, Jordanian MPs voted in favour of expelling the ambassador after Israeli lawmakers discussed taking over Muslim holy sites currently administered by Jordan in Jerusalem.