CJPME to MPs: Remember alternatives to sending troops to Iraq 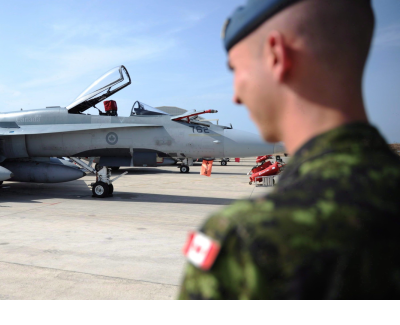 Montreal, October 3, 2014  — CJPME urges Canadian MPs to remember that there are principled and more effective alternatives to putting “boots on the ground” in Iraq. CJPME believes that recent history has demonstrated that Western military action – without a significant and sustained humanitarian commitment – provides little or no long-term benefit.

“There are alternatives to either ‘doing nothing’ or plunging Canada into another military venture in the Middle East,” notes CJPME President Thomas Woodley. CJPME points out that Canada could provide much more generous refugee relief and humanitarian aid in Syria and Iraq. Canada could also make protecting civilians and educational development the highest priority and the cornerstone of its approach to the region to improve the lives of ordinary citizens. CJPME also recommends that Canada halt arms exports to the region, and stop “doing business” with authoritarian regimes.

CJPME notes that the Harper government has been reluctant to critically examine the deployment of Canadian troops in Afghanistan. Canada only ended its 12-year military involvement in Afghanistan in March. Many Canadians are still asking if that war accomplished much of anything much that could not have been accomplished some other way, with less loss of Canadian and Afghani lives, and less monetary expenditure.

A recent polling found that 77 percent of Canadians are nervous that Canadian military involvement of any sort in Iraq could lead to a long and ill-defined engagement there. CJPME believes deployment of combat troops to Iraq is not in keeping with Canadians’ preference for Canada to play a role as a peace-keeper and peace-maker. “Canada must address the root causes of the rise of extremist groups in the Middle East, rather than leaping into another ill-thought-out military venture,” Woodley concludes.

CJPME believes that Canada must recognize the legitimate grievances of many Middle East actors in regards to previous foreign interventions, and seek foremost to establish relationships of mutual respect and international cooperation in the region.