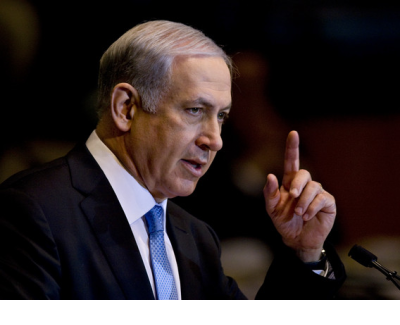 Montreal, March 19, 2015  — On the eve of the recent Israeli elections, Likud leader Benjamin Netanyahu definitively stated that there would be no Palestinian state should he return to office. The statement represented a last minute appeal to right-wing Israeli voters given the tight polling between Netanyahu’s Likud party and the center-left Zionist Union. Nevertheless, with Netanyahu likely to serve another four years as Israeli Prime Minister, his statements have huge implications for Israel’s allies – including Canada – who have pinned their hopes on the “two state solution.”

In an interview with Israel’s NRG news site, Mr. Netanyahu stated: “I think that anyone who is going to establish a Palestinian state today and evacuate lands is giving attack grounds to the radical Islam against the state of Israel.” When pressed by the interviewer about whether it would be correct to assume that there wouldn’t be a Palestinian state during his term, Mr. Netanyahu replied, “Indeed.” Though the Prime Minister and Likud have always held a strong position on the Israeli-Palestinian conflict, his recent remarks stand in direct contradiction to his endorsement of a two-state solution in a 2009 speech at BarIlanUniversity.

CJPME considers that Netanyahu’s statement must necessarily require a diplomatic course correction for Canada and other Western governments on the viability of a negotiated solution to the Israel-Palestine conflict.  “Given Netanyahu’s stance, the Canadian government’s view that a resolution of the Israel-Palestine conflict was possible through negotiated two-state solution is no longer valid,” asserted Thomas Woodley, President of Canadians for Justice and Peace in the Middle East.  “Up until now, Canada assumed Israel was a ‘good faith’ partner in such negotiations.  Such an assumption is now impossible,” concluded Woodley.  CJPME urges Canada to urgently rethink 1) its diplomatic approach to a resolution of the conflict, and 2) the way it manages its relationship with Israel.

Prime Minister Netanyahu’s refusal to accept a Palestinian state demonstrates a clear unwillingness to approach the conflict on equal terms. In his recent speech to the United States Congress, Mr. Netanyahu condemned Iran’s leadership for denying Israel’s right to exist and urged U.S. policymakers to reprimand Iran accordingly. However, when it comes to the question of Palestine, Mr. Netanyahu makes no apologies for denying Palestinians their right to self-determination and an autonomous state.