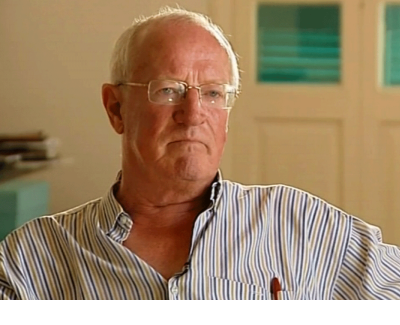 Montreal, Sept. 1, 2015  — At a time of unprecedented turmoil in the Middle East, Canadians for Justice and Peace in the Middle East (CJPME) is pleased to announce an ambitious seven-city Canadian lecture tour by veteran foreign correspondent and author Robert Fisk.  Dr. Fisk’s lectures will be entitled “‘Goodbye, Mr Sykes! Adieu, M. Picot!’ How the ISIS ‘caliphate’ frightens the Middle East – and us.”

The lectures will focus on how the Syrian civil war – especially the rise of the so-called “Islamic State” – has destabilized the existing order in the Middle East.  The reference to Mr. Sykes and M. Picot alludes to the 1916 Sykes-Picot agreement between the British and French which largely defined international borders in the Middle East as drawn today.  “As the ongoing horrors of the Syria civil war, and the rise of the so-called ‘Islamic State’ dominate media coverage from the Middle East, we are honoured to offer Canadians the opportunity to hear such an incisive, experienced and intellectually rigorous analyst,” says CJPME president Thomas Woodley.

Based in Beirut since 1976, Dr. Fisk has been the Middle East correspondent for the British newspaper The Independent since 1988. He is the author of five books, including the seminal tome The Great War for Civilisation: The Conquest of the Middle East (2005), Pity the Nation: Lebanon at War (1990) and The Age of the Warrior: Selected Writings (2008).  He is a highly respected veteran of his profession because of his direct and uncompromising reporting and analysis.  A pacifist, he believes the role of the journalist is to investigate and challenge authority, especially when an authority wishes to conduct a war.

Dr. Fisk has covered dozens of international trouble spots during his over 40 years as a journalist.  His assignments have included the Lebanese civil war, the 1979 Iranian revolution, the Soviet invasion of Afghanistan, the Iran-Iraq war, the first Gulf war, the Algerian civil war, the Arab-Israeli conflict, and the most recent Western interventions in Afghanistan and Iraq. On assignment, he has interviewed Saddam Hussein, Ayatollah Khomeini, Osama Bin Laden and other influential and controversial figures.

The dates and cities for the lectures are as follows: