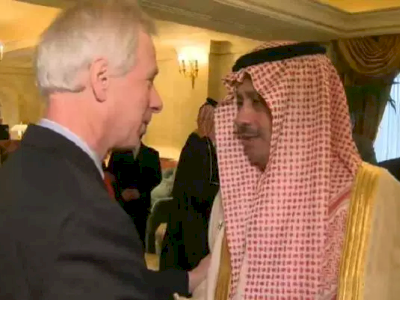 Montreal, May 10, 2016  — The Saudi Arabian ambassador to Canada has declined to respond to a letter asking him to explain his country’s position on the $15 billion arms deal for light armoured vehicles (LAVs) with Canada.  Canadians for Justice and Peace in the Middle East (CJPME) sent a letter to the Saudi Ambassador last week, and followed up repeatedly, but failed to elicit a response from the Saudi representative to Canada.  CJPME had invited the ambassador to address concerns by Canadian human rights organizations that the LAVs could likely be used to commit human rights abuses.

CJPME was one of 15 Canadian human rights organizations that signed an open letter to PM Justin Trudeau two weeks ago calling for the rescinding of the export permits that the Liberal government had issued for the LAVs.  The organizations pointed out that Canada’s export controls should prohibit arms sales to governments that have a “persistent record of serious violations of the human rights of their citizens,” and that are “involved in or under imminent threat of hostilities.”  CJPME pointed out the conundrum to the Saudi ambassador, noting that both of the two conditions seem to exist with Saudi Arabia at this time: Saudi Arabia is consistently classed as one of the most oppressive regimes in the world, and it is currently leading an armed coalition in Yemen which has been accused of war crimes.

“As Canadians,” asserted Woodley, “At some point we need to say, ‘this is exactly the scenario our export controls were designed to prevent.’”  Nevertheless, CJPME wanted to give the Saudi representative in Canada the opportunity to respond.  As such, the letter asked the ambassador how his government might “try to assure Canadians that the LAVs would be used humanely, when all neutral indicators suggest otherwise.”

The letter also quoted Human Rights Watch analyst in Yemen, Belkis Wille, who stated that Saudi LAVs had been used to violently suppress peaceful protests in eastern Saudi Arabia in 2011 and 2012.  In a piece for the Globe and Mail, Wille wrote, “Blocking the [LAV] sale would be sending the right message to Saudi Arabia, to the world, and to long-suffering civilians in Yemen.”  The letter concluded by asking the Saudis, “How would your government respond to such an assertion?”