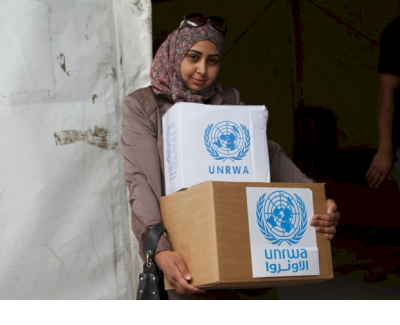 Montreal, November 16, 2016  — Canadians for Justice and Peace in the Middle East (CJPME) congratulates the Canadian government’s decision today to renew funding to the United Nations Relief and Works Agency (UNRWA) – the UN aid agency for Palestinian refugees.  Earlier today, Canada’s Minister of International Development, Marie-Claude Bibeau announced that Canada is contributing $25 million to support the organization’s work.  “The Trudeau government has finally differentiated itself from the Harper government in regards to the Middle East,” declared Thomas Woodley, president of CJPME.

CJPME and dozens of other Canadian organizations have been talking to the government for months to encourage it to make a decision to aid Palestinian refugees.  In May, a letter co-signed by the CSN (Confédération des syndicats nationaux), the FNEEQ (Fédération nationale des enseignantes et des enseignants du Québec), the CSQ (Centrale des syndicats du Québec) and two dozen other organizations called for $35 million to be gifted to UN Palestinian refugee aid.

CJPME notes that the Trudeau government distinguishes itself from Harper in several key ways on UNRWA funding.  First, Canada has restarted aid to UNRWA after Harper ended it three years ago.  Also, Canada is now giving to UNRWA ‘permanent’ development programs.  Prior to ending funding, Harper was giving to only ‘emergency’ UNRWA programs.  “It was as if Harper thought the Palestinians had been hit by an earthquake,” explained Woodley, “Rather than being dispossessed of their land as an indigenous people.”

UNRWA provides foremost health, education and development programs for Palestinian refugees in Gaza, the West Bank, Jordan, Syria, Lebanon and elsewhere.  In recent weeks, the organization has been cutting staff and services because of budget shortfalls.  Prior to this announcement, Canada was the only G7 country that was not contributing to UNRWA.  Historically, prior to the Harper years, Canada had been a very consistent donor to UNRWA.  Given the West’s role in creating the Palestinian refugee problem, CJPME and others believe Canada has a responsibility to help them until a just solution is found.