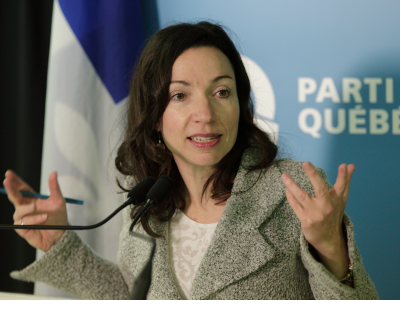 Montreal, May 26, 2017  — CJPME applauds the Bloc Québécois’ decision to introduce a motion in support of Palestine, as announced publicly this week.  The current leader of the Bloc Québécois, Martine Ouellet, and the former leader and MP for Pointe-de-L’Île, Mr. Mario Beaulieu will be hosting a press conference on Parliament Hill Monday to make the announcement.  Strongly supported by CJPME and other groups advocating for Palestinian human rights, the Bloc’s announcement suggests it is prepared to take a strong stand in support of international law in the Israel-Palestine conflict.

CJPME President Thomas Woodley added, “It is refreshing to see Canadian politicians stand up for human rights in Palestine. This will take us one step closer to acting as an honest-broker in the Israeli-Palestinian conflict.”  CJPME supports the Bloc’s use of non-violent political measures to shed light on the situation of the Palestinians. In the absence of negotiations, CJPME has urged Canadian politicians to condemn violations of international law, rather than justify inaction on the conflict in the name of a non-existent “peace process.”

CJPME points out that Canada is part of a small minority at the UN in its failure to be more supportive of Palestinian human rights.  Currently, 136 UN member states recognize Palestinian statehood, and many more vote in favour of annual UN resolutions supportive of Palestinian rights. The Bloc motion will likely challenge the Liberal government to more closely align its day-to-day stance vis-à-vis Palestine-Israel with official Canadian policy on Israel-Palestine.  Officially, for example, Canada “recognizes the Palestinian right to self-determination and supports the creation of a sovereign, independent, viable, democratic and territorially contiguous Palestinian state.”[1]  Nevertheless, CJPME has observed that the Trudeau government is among the most ardent unquestioning supporters of Israel on the international stage.

The Bloc’s motion in support of Palestine coincides with the 50th anniversary of Israel’s military occupation and colonization of the PalestinianTerritories. Israel’s ongoing expansion of illegal colonies in the West Bank demonstrate its refusal to honour the two-state solution, as these activities preclude the possibility of a viable independent state. CJPME strongly encourages Canada’s other federal parties to join the Bloc’s initiative in supporting Palestinian human rights.