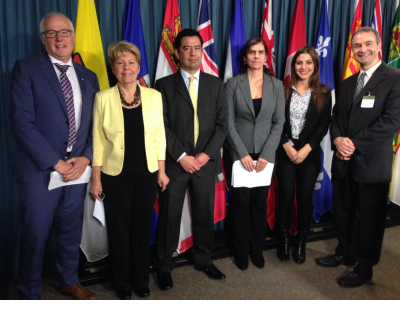 One of the most prominent problems with Bill C-47 identified by CJPME and its partners is its failure to impose ATT norms on Canada’s arms exports to the US – a country not expected to accede to the treaty.  The US is Canada’s largest arms purchaser, representing over half of Canada’s arms sales. Omitting these sales means that literally the majority of Canada’s military exports will remain unregulated and unreported under C-47. CJPME President Thomas Woodley states, “By failing to apply the ATT standards to arms exports to the US, the bill as it stands violates the letter and spirit of the ATT.”

The ATT seeks to contribute to regional peace and prevent human suffering by “establishing the highest possible international standards for regulating or improving the regulation of the international trade in conventional arms.”  CJPME has been calling on the Canadian government to sign and ratify the ATT for years. As such, CJPME welcomes the government’s supposed intent to regulate international arms sales and limit human rights violations perpetuated by unwise or illicit arms transfers. Nonetheless, CJPME and its partners point out the significant gaps in the proposed legislation that suggest that Canada will fall far short of fulfilling key obligations under the Treaty.

The international arms trade is one of the greatest causes of instability and human rights violations in the Middle East and around the world. Canada is part of a minority at the UN which has not yet signed the ATT. More than 90 other nations, including many of Canada’s closest allies, have already signed the ATT and committed to regulating all international arms transfers. CJPME urges the government to implement the amendments necessary to ensure full accession to the ATT.