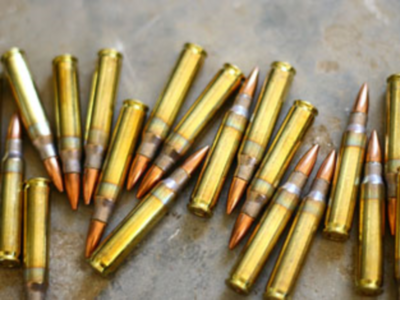 Montreal, November 17, 2017 — Canadians for Justice and Peace in the Middle East (CJPME) urges the Liberal government to make important amendments to bill C-47, an arms control bill currently before the House Foreign Affairs Committee.  Bill C-47 is a bill intended to enable Canada to accede to the international Arms Trade Treaty (ATT), but is highly flawed in its original draft.  Late last week, Foreign Affairs Committee chair Bob Nault suggested that the government may allow amendments to the bill, and CJPME strong urges it to do so.

“If the government passes the bill without any amendments, it will be acceding to the Treaty in name only,” asserts Thomas Woodley of CJPME.  CJPME points out that the ATT provides a once-in-a-generation opportunity to strengthen the world’s arms sales standards.  “If Canada doesn’t adhere to the letter or spirit of the Treaty, then we default on a key opportunity to promote a safer and more peaceful world.,” continued Woodley.  The ATT seeks to contribute to regional peace and prevent human suffering by “establishing the highest possible international standards for regulating or improving the regulation of the international trade in conventional arms.”

One of the most prominent problems with Bill C-47 identified by CJPME and its partners is its failure to impose ATT norms on Canada’s arms exports to the US – a country not expected to accede to the treaty.  The US is Canada’s largest arms purchaser, representing over half of Canada’s arms sales. A second key shortcoming of the bill is its failure to impose a legally binding mechanism on the government to block arms sales which do not pass an objective risk assessment test.  Worse, the legislation defers the risk considerations to be detailed in government regulations – to be developed long after bill C-47 passes.  As such, such regulations could be removed or added at the government’s whim, with no need of Parliamentary oversight or approval.

The international arms trade is one of the greatest causes of instability and human rights violations in the Middle East and around the world. Canada is part of a minority at the UN which has not yet signed the ATT. More than 90 other nations, including many of Canada’s closest allies, have already signed the ATT and committed to regulating all international arms transfers. CJPME urges the government to implement the amendments necessary to ensure full accession to the ATT.