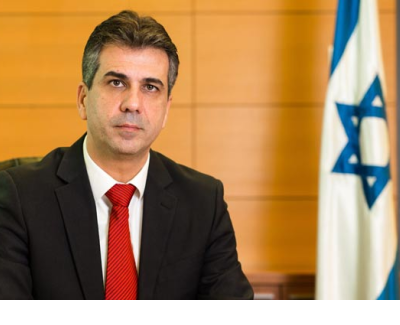 Montreal, May 29, 2018 — Canadians for Justice and Peace in the Middle East (CJPME) calls for a review and revamp of Canada-Israel trade ties.  Today, Israel’s minister of trade was feted at the Royal York hotel in Toronto, and activists from several organizations were present to protest trade cooperation with Israel.  Protesters attendant at the meeting stood up, one after the other, to disrupt the Israeli trade minister’s speech.  Their objections raised several issues, but heavily questioned how Canada could endorse deeper ties with Israel given Israel’s brutal and illegal crackdown on Palestinian protesters in Gaza just two weeks ago which also injured a Canadian doctor.

“The hypocrisy is staggering,” asserted Thomas Woodley, president of CJPME.  “Our prime minister just stated that he was ‘appalled’ by Israel’s shooting of unarmed Palestinian civilians, members of the media, first responders, and children, and yet we’re wining and dining these representatives as if nothing had happened.”  One of the protesters at the Royal York was CJPME Chair of the Board Dimitri Lascaris.  Lascaris pointed out that endorsing trade deals with Israel at this time is like endorsing trade with South Africa at the height of that country’s apartheid era.  Independent Jewish Voices (IJV) was another organization involved in the protest.  Like CJPME, IJV recommends trade sanctions on Israel, including an arms embargo.

CJPME is disturbed by the apparent two-faced approach by the Trudeau government on the question of Israel’s response in Gaza.  Trudeau made a strong statement condemning Israel on May 16th, and had Foreign Affairs minister Chrystia Freeland defend it during question period last week.  Nevertheless, in international fora, Canada has warned against an international investigation of Israel’s actions – once with the UN Human Rights Council, and a second time with the World Health Organization.  This week’s lavish hosting of Israeli ministers and their colleagues adds to the atmosphere of dissembling.