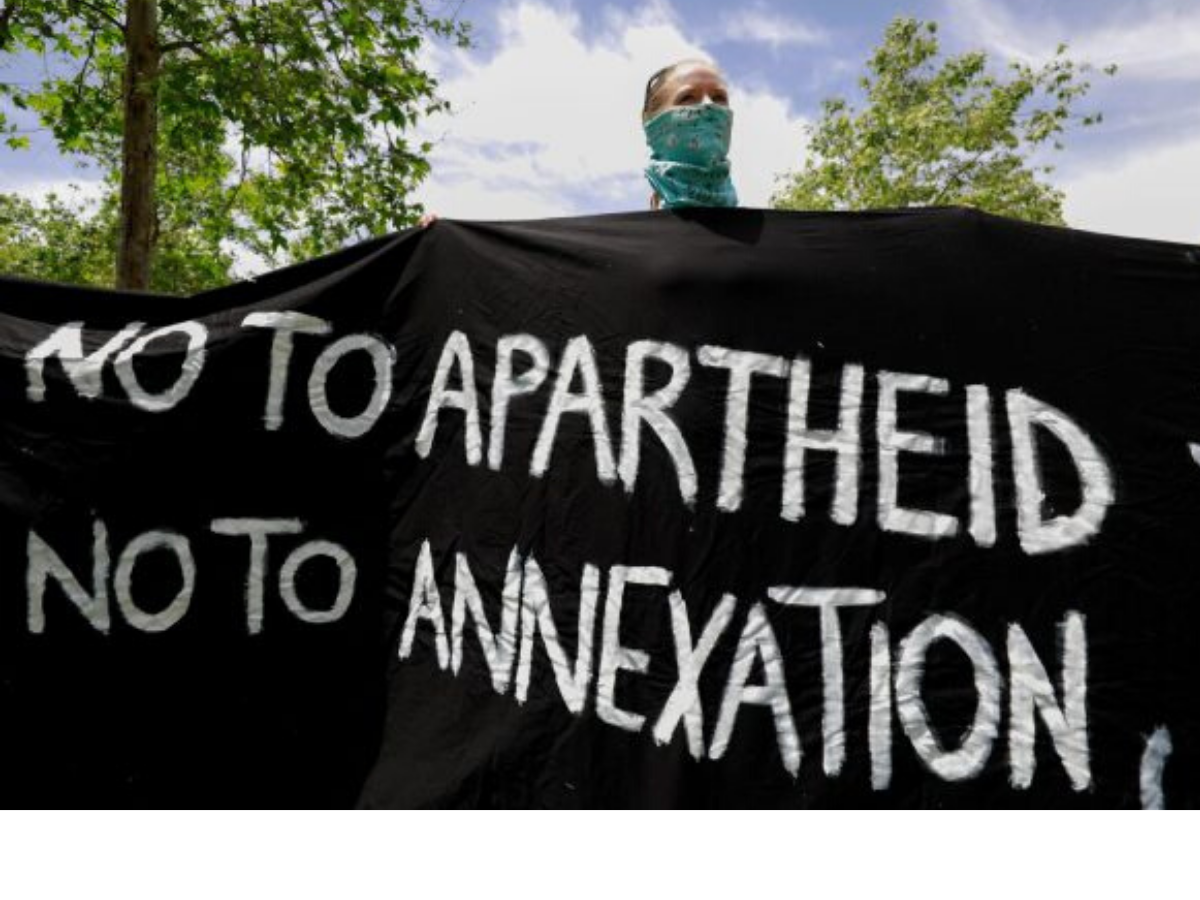 Montreal, June 16, 2020  — As Canada’s candidacy for a seat on the United Nations Security Council (UNSC) comes to a vote tomorrow, a new survey conducted by EKOS Research Associates reveals that Canadians want more from their government on foreign policy. The survey found that three out of four Canadians want their government to oppose Israel’s annexation of large parts of the West Bank, while almost half support the use of sanctions. It further shows that Canadians support increasing international contributions in several specific areas where Canada lags behind its competitors, including peacekeeping, combatting climate change, and support for Palestinian human rights.

The survey was co-sponsored by Canadians for Justice and Peace in the Middle East (CJPME), Independent Jewish Voices Canada (IJV), and the United Network for Justice and Peace in Palestine-Israel (UNJPPI). All survey results, charts, and the report entitled “Out of Touch: Canada’s Foreign Policy Disconnected From Canadians’ Views” can be accessed at www.cjpme.org/survey2020 or www.ijvcanada.org/survey2020. 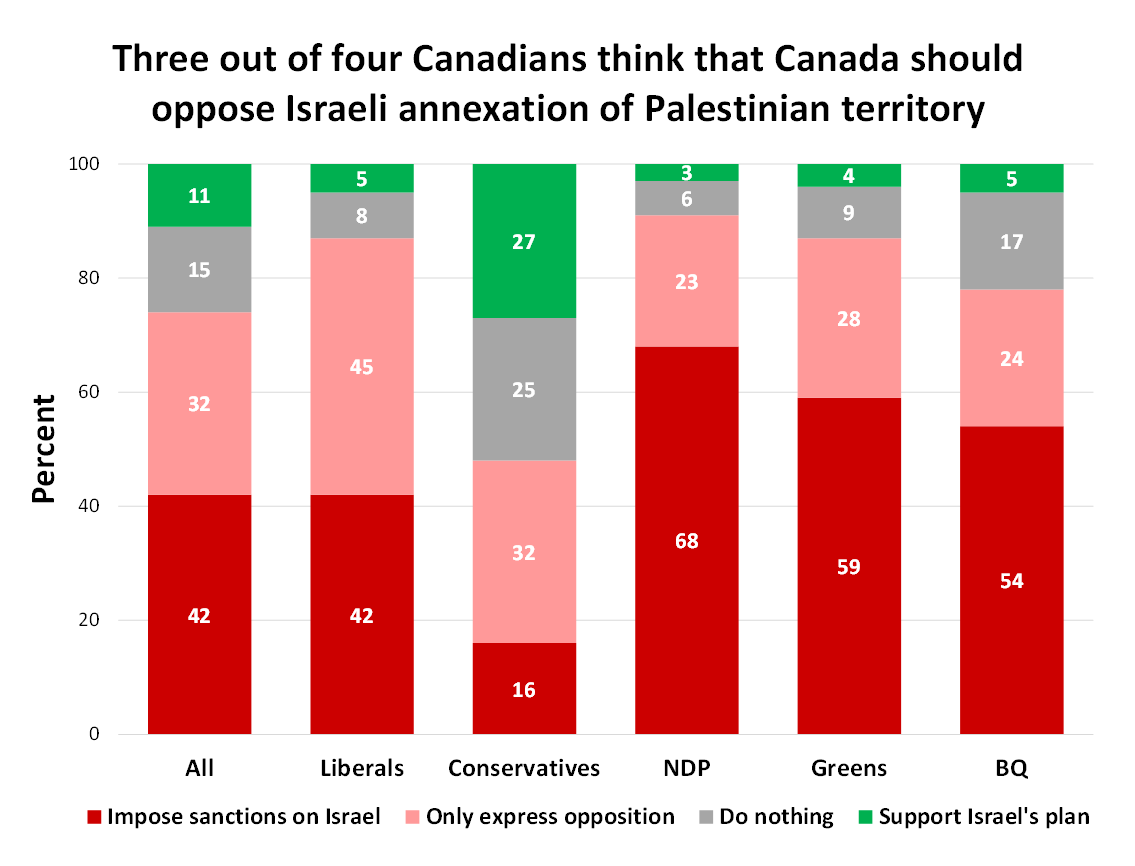 “These results prove that Canadians want more than words from Trudeau when it comes to opposing Israel’s annexation,” said Thomas Woodley, President of CJPME. “Not only is it necessary to threaten sanctions to discourage annexation from taking place, but there is considerable support among the Canadian public to do so.”

In recent months, disappointment has been growing over Trudeau’s mild response to Israel’s annexation plans. “There is no more excuse for Trudeau to remain inactive in the face of annexation,” said IJV’s National Coordinator Corey Balsam, “the public is with him to impose sanctions and help stop this impending injustice against the Palestinian people and international law.” 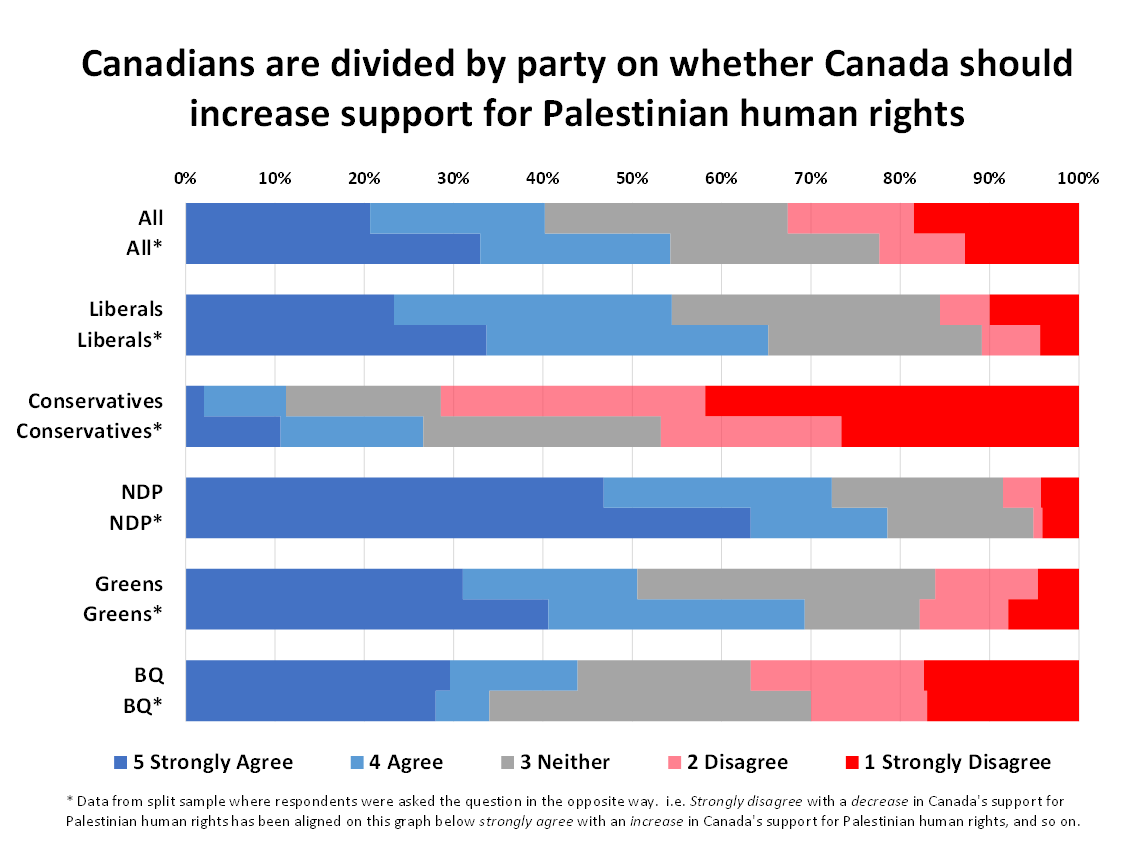 The results of the poll also show that many Canadians want the government to increase its contribution to international peacekeeping and combating climate change, factors that would be key in a successful UNSC bid. Moreover, in a challenge to Canada’s pro-Israel record, a majority of Liberal, NDP, and Green supporters want Canada to increase its support for Palestinian human rights.

“Canadians do not want us to back away from our international commitments, and they don’t want us to leave Palestinians behind” said George Bartlett, chair of UNJPPI. “By increasing our involvement in international programs, and by standing up for the human rights of the Palestinian people, Trudeau could improve his candidacy for a UNSC seat while also responding to the priorities of Canadians.”