CJPME and CMF Call for Action on Islamophobia 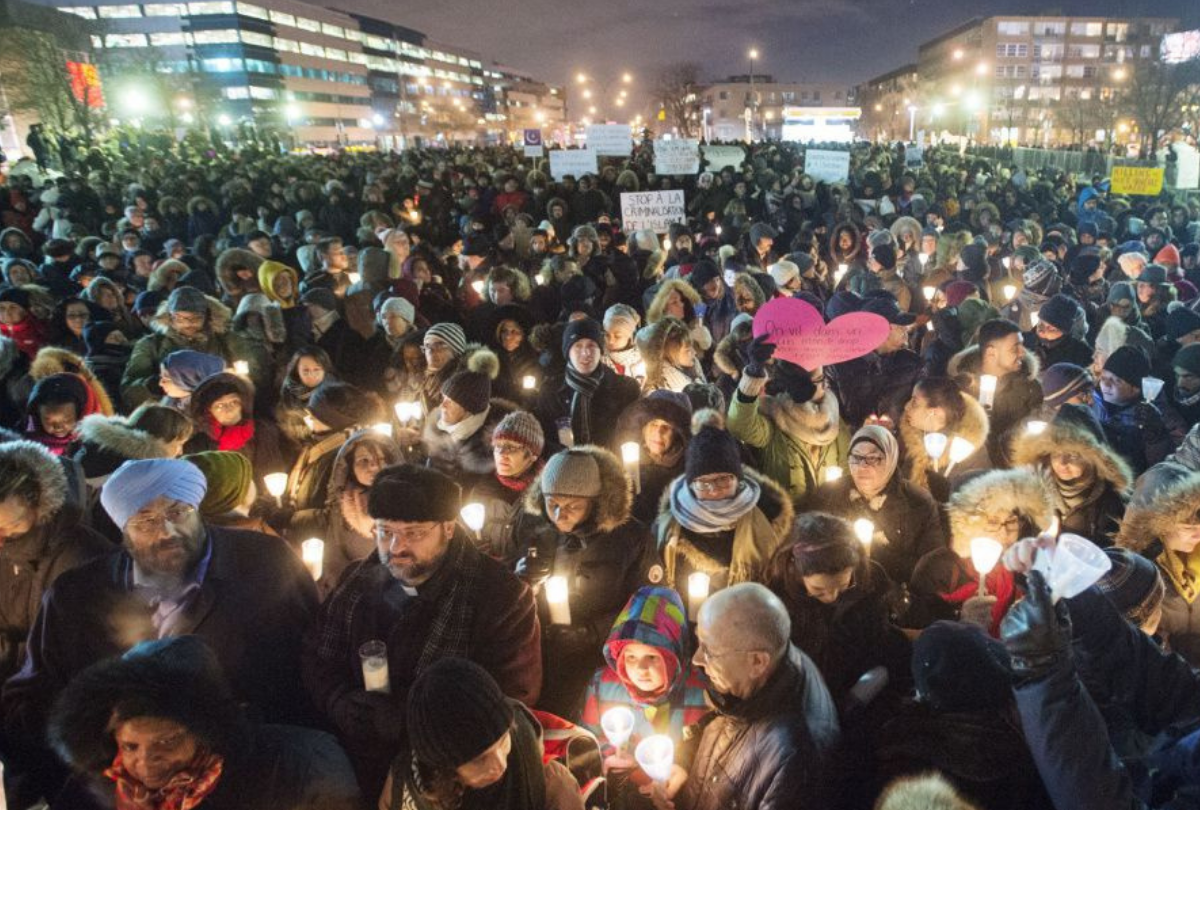 Montreal, January 27, 2021  — In conjunction with the Canadian Muslim Forum (CMF), Canadians for Justice and Peace in the Middle East (CJPME) released today an open letter to Canada’s political and civic leaders, calling them to take concrete action to oppose Islamophobia in Canada.  The letter cited the fourth anniversary of the mass shooting at the Islamic Cultural Centre of Quebec City, and reflected on how little has improved for Muslim-Canadians since the 2017 attack.  The letter identifies five areas of action for political and civic leaders in hopes of improving opportunities and protections for Muslim-Canadians.

“Despite the blatant and horrific examples of Islamophobia in Canada in recent years, it is shocking to see how little has been done in terms of new funding or initiatives to oppose Islamophobia,” said Thomas Woodley, President of CJPME.  “This open letter is an appeal to Canadian leaders – at all levels – to get serious about addressing systemic racism and discrimination faced by Muslim-Canadians,” continued Woodley.  In 2018, CJPME and the CMF commissioned a survey to highlight the degree to which Islamophobia is a problem in Canada.  The survey confirmed that Islamophobia – and religious discrimination more generally – are troubling problems in Canada.  But the survey also revealed how attitudes towards religious discrimination, especially Islamophobia, are extremely politically polarized. For example, whereas around 70% of Liberal, NDP and Green voters consider Islamophobia to be an “increasingly disturbing problem” in Canada, only 37% of Conservative voters consider it so.

The open letter highlighted three prominent Islamophobic incidents over the past month.  Ginella Massa, a hijab-wearing Afro-Latina, was criticized by conservative media commentators after she was announced as host of CBC’s Canada Tonight.  The leader of the Bloc Québécois used innuendo against newly appointed Transport Minister Omar Alghabra, suggesting unproven ties with Canada “political Islamic movement.”  Finally, Bochra Manaï’s appointment as Montreal’s first-ever commissioner on racism and systemic discrimination was slammed by several conservative politicians and commentators, particularly due to her past criticism of Bill 21.

In their open letter, CJPME and the CMF called on political and civic leaders to show true leadership in addressing Islamophobia.  The letter asked leaders to eschew demagoguery, and to acknowledge Canada’s widespread problem with Islamophobia.  The letter also urged political leaders to fully implement the 30 recommendations to address systemic racism and religious discrimination published in the M-103 report in 2018.  With the upcoming anniversary of the Quebec City Mosque Massacre, the open letter also called politicians to recognize January 29 as a national day of remembrance and action on Islamophobia and other forms of religious discrimination.