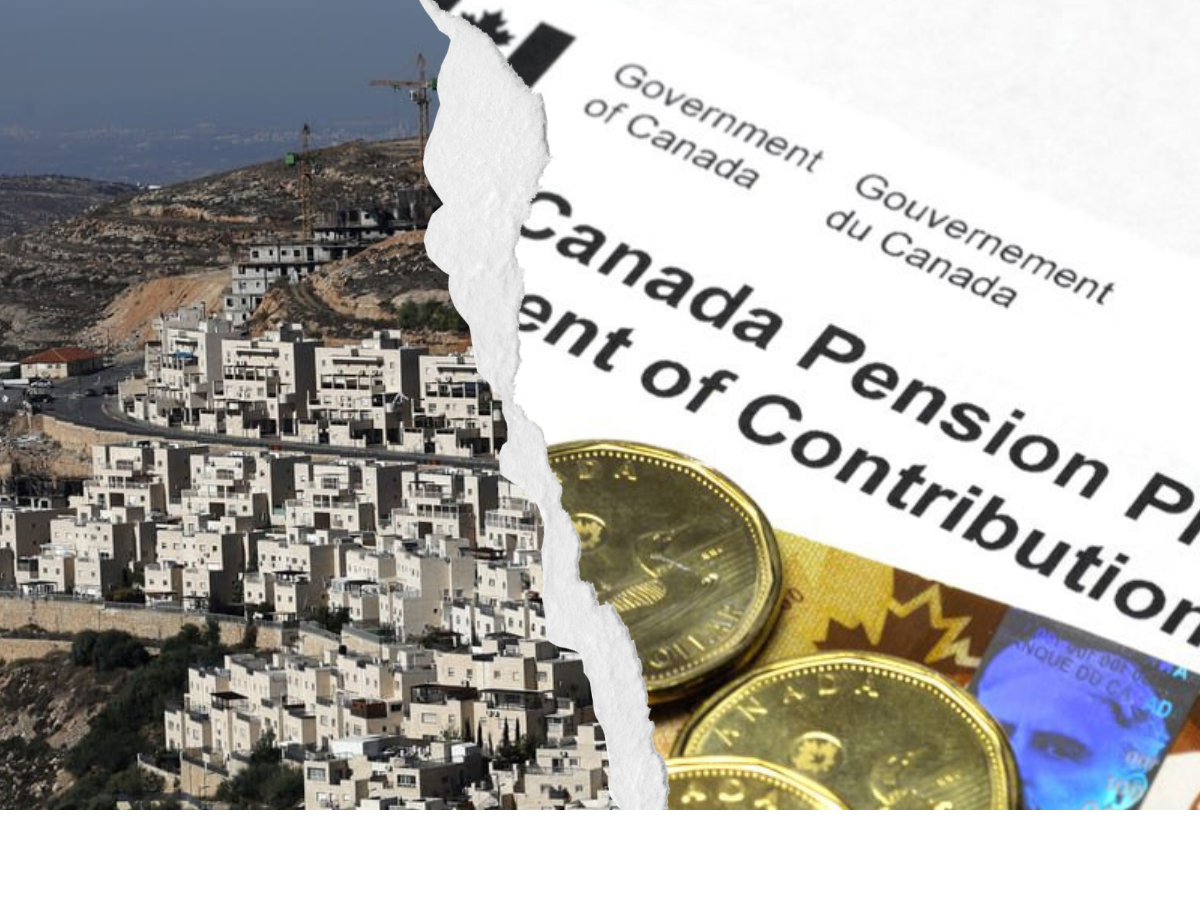 Montreal, March 24, 2021  — Canadians for Justice and Peace in the Middle East (CJPME) is encouraging all Members of Parliament to vote today for Private Member’s Bill C-231, “An Act to amend the Canada Pension Plan Investment Board Act (investments),” which is currently at the second reading stage. If C-231 were to be adopted, CJPME expects that these new rules guiding investment would empower Canada’s Pension Plan to withhold investments from companies operating in Israeli settlements in the occupied Palestinian territories (oPt), which are contrary to international law and violate Palestinian human rights.

“Canadians do not want to finance their retirement with the profits of companies that violate human rights, including those active in illegal Israeli settlements” said Michael Bueckert, Vice President of CJPME. “CJPME encourages Parliament to send Bill C-231 to committee to enable further study to see how Canada’s Pension Plan can be disentangled from complicity in violations around the world,” added Bueckert.

According to a recent analysis by Just Peace Advocates, as of March 2020 the CPP was invested in eight companies listed on the United Nations database of business enterprises involved in illegal Israeli settlements, representing $97 million in shares. Earlier this month, CJPME joined a letter to the CPP Investment Board noting that its investments may be facilitating war crimes, and urging divestment from companies in the UN database. CJPME believes that Bill C-231 would help the CPP comply with United Nations Security Council resolution 2334, adopted in 2016, which affirmed the international consensus that settlements have “no validity” under international law and mandated countries to distinguish between Israel and its illegal settlements.

Moved by MP Alistair MacGregor (Cowichan—Malahat—Langford), Bill C-231 would prevent Canada’s Pension Plan from investing in companies that violate human, environmental or labour rights; companies that produce arms prohibited by international law; and companies involved in acts of corruption. In addition to illegal Israeli settlements, MPs who spoke in support of the bill expect the proposed rules to apply against mining companies which violate Indigenous rights, weapons companies connected to the Myanmar military junta, and manufactures of assault rifles, as examples.