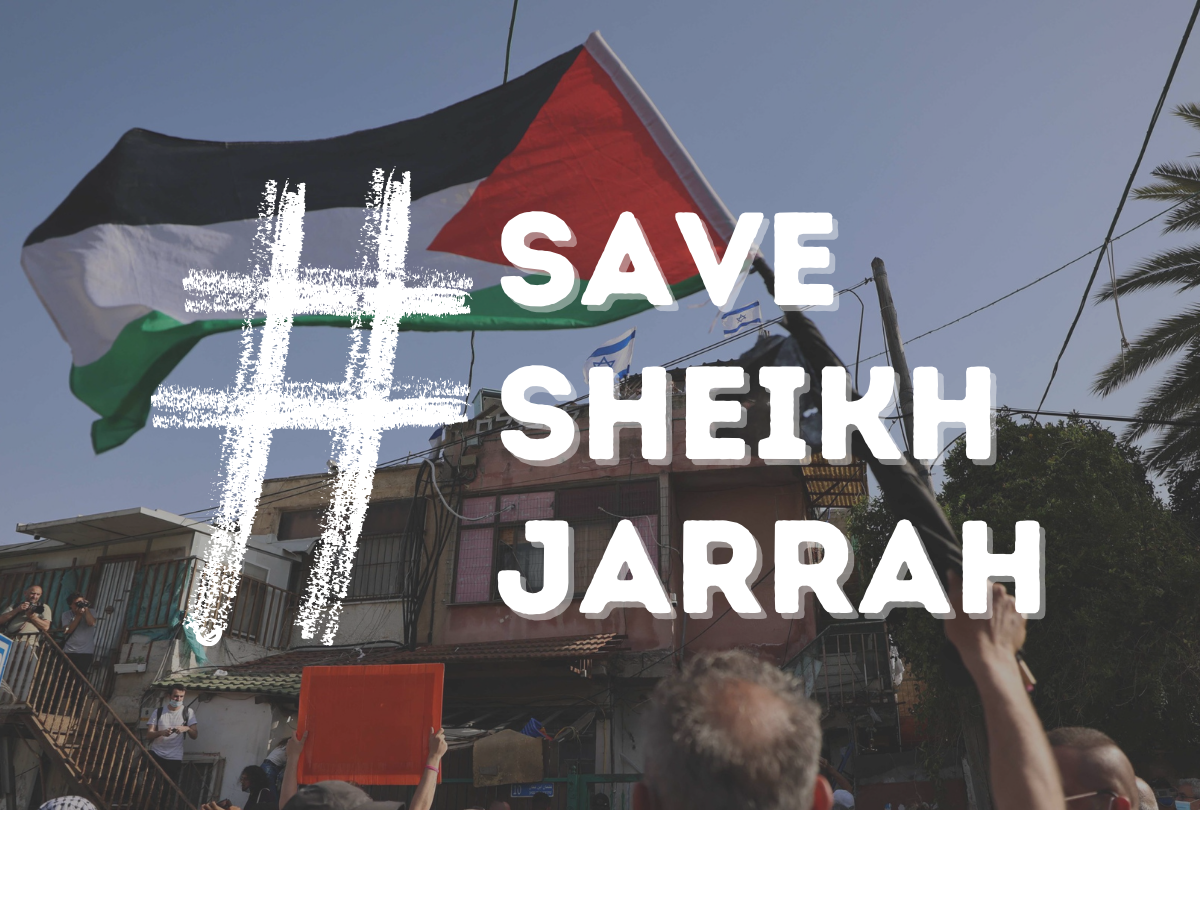 Montreal, May 7, 2021  — Canadians for Justice and Peace in the Middle East (CJPME) is urging the Canadian government to condemn the imminent mass evictions of Palestinian families from their homes in the neighbourhood of Sheikh Jarrah in occupied East Jerusalem, and to take concrete action to prevent their expulsion by Israel. As soon as next week, four Palestinian families consisting of thirty adults and ten children may be removed from their homes in Sheikh Jarrah to be replaced with Israeli settlers, and more than one hundred other families face a similar eviction process. The “forcible transfer” of an occupied civilian population is strictly prohibited by the Fourth Geneva Convention, and CJPME considers the mass expulsion of Palestinian families to be a practice of ethnic cleansing.

“Time is running out for the families of Sheikh Jarrah, and yet the Canadian government has been nowhere to be found,” said Michael Bueckert, Vice President of CJPME. Earlier this year, Canadian diplomats in Ramallah visited one of the Sheikh Jarrah families and tweeted a message of concern over their displacement. However, this sentiment has not been repeated in any official statement, nor has it been mentioned by any members of the government. “We know that Canadian officials are aware of what is happening in Sheikh Jarrah. Now is the time to break their silence and take a stand against Israel’s ethnic cleansing of East Jerusalem,” added Bueckert.

CJPME notes with alarm that the planned mass evictions in Sheikh Jarrah have coincided with a sharp increase in Israeli police and settler violence and racist incitement against Palestinians in East Jerusalem. Such incidents include mobs of settlers chanting “Death to Arabs;” far-right Kahanist members of the Knesset setting up an “office” in Sheikh Jarrah; the deputy mayor of Jerusalem telling an activist it was a “pity” he didn’t get a bullet in his head; reports of social media censorship related to protests against the evictions; severe police brutality against demonstrations; and police spraying “skunk water” and tear gas into Palestinian homes. In parallel with the eviction process carried about by Israeli courts, Palestinian communities in East Jerusalem have been terrorized as part of a political process to drive them out of their homes.

In April, CJPME joined the Palestinian Canadian Academics and Artists Network (PCAAN), Independent Jewish Voices Canada, United Church of Canada, the Canadian Arab Institute, and many other civil society groups in sending a joint letter to Marc Garneau, the Minister of Foreign Affairs, urging him to take action to prevent the evictions in Sheikh Jarrah. CJPME also endorsed a letter from representatives of 28 Palestinian families (constituting approximately 500 Palestinians from Sheikh Jarrah) to the Chief Prosecutor of the International Criminal Court (ICC), urging the ICC to include the evictions as part of its investigation into war crimes in Palestine.