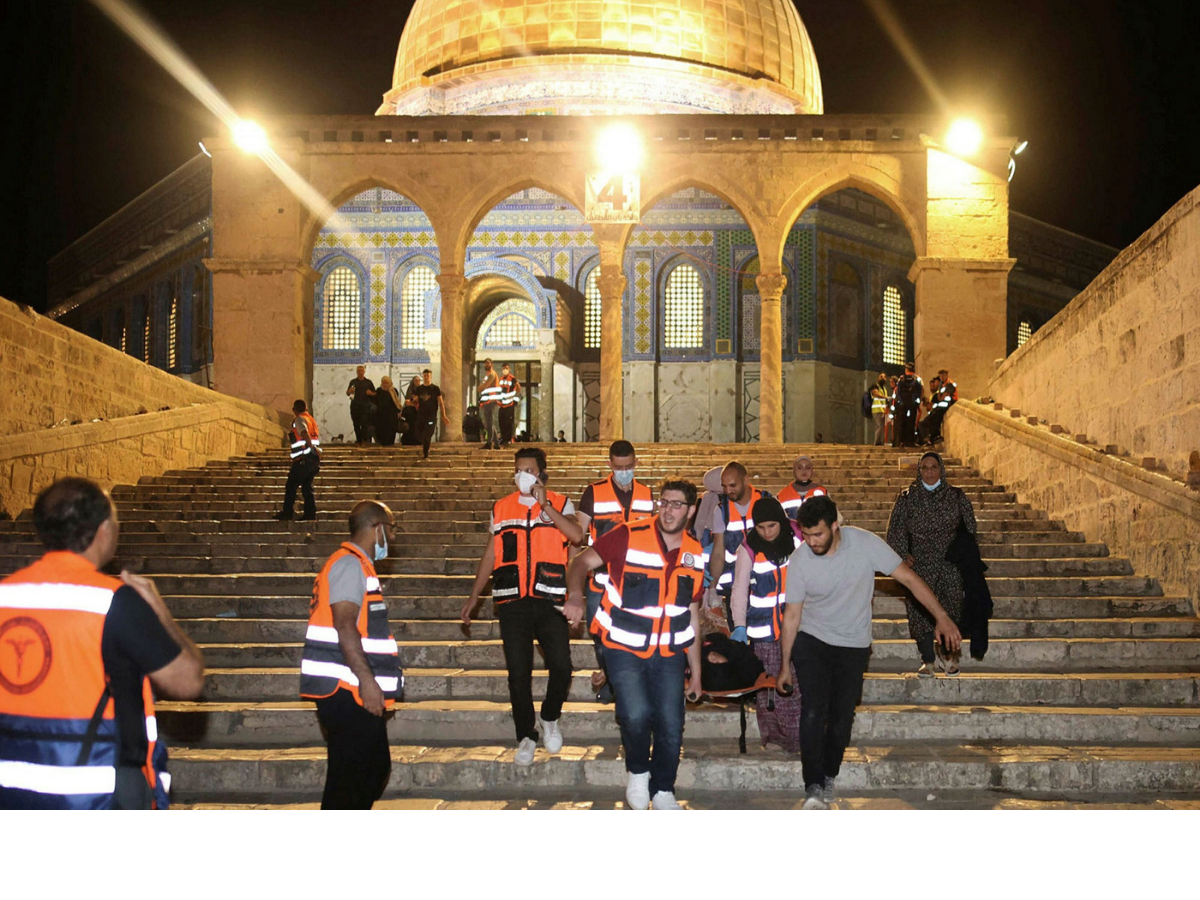 Montreal, May 11, 2021  — Canadians for Justice and Peace in the Middle East (CJPME) is urging Members of Parliament to call for an emergency debate on the imminent forced evictions and escalating violence in Jerusalem. Israel’s insistence on carrying out racist mass evictions against Palestinians in Jerusalem, its violent response to Palestinian protests over the evictions, and its repeated raids on the Al Aqsa mosque during Ramadan have escalated tensions and triggered international indignation and outrage. In the absence of a clear plan from the Canadian government to address Israel’s violations, CJPME urges Parliament to show leadership and debate Canada’s response to this human rights emergency.

“When Canada’s Foreign Affairs Minister refuses to condemn Israel’s racially-motivated eviction of Palestinians from their homes in Jerusalem, Parliament must demand a foreign policy reset,” said Thomas Woodley, President of CJPME. Just weeks ago, Human Rights Watch concluded that Israel is guilty of the crime against humanity of Apartheid, citing these specific evictions as an example of Israel’s apartheid policies. “We expect to see MPs debate the underlying issues driving the current crisis and to commit to concrete action” Woodley added. CJPME suggests that Canada needs to respond to Israeli violations of international law and human rights in a concrete way, leaving all options open, including targeted sanctions, an arms embargo or a targeted ban on trade.

CJPME notes that the issue of the Sheikh Jarrah evictions had received little attention from Canadian officials prior to Israel’s actions over the weekend. Last Friday, CJPME called on Canada to condemn the imminent mass evictions in Sheikh Jarrah. At that time, the Canadian government had not yet made any statement on the issue, and very few MPs had spoken out. Following Israel’s initial raid on Al Aqsa, Foreign Affairs Minister Marc Garneau finally issued a statement which expressed “concern” over evictions in East Jerusalem but failed to condemn Israel. At least 33 MPs have now made statements critical of the evictions. CJPME urges MPs to continue to raise their voices against the evictions, and to bring their concerns and proposals for action to an emergency debate in Parliament.

Over three subsequent days Israel has launched violent raids on Palestinian worshippers at the Al Aqsa mosque with rubber-coated bullets, tear gas, and stun grenades, and has cracked down on protests across Jerusalem, injuring hundreds of Palestinians including medics and journalists. Palestinians have been speaking out against the imminent mass evictions of Palestinian families from their homes in the neighbourhood of Sheikh Jarrah in occupied East Jerusalem, who are to be replaced with Israeli settlers in a process of ethnic cleansing. CJPME also notes with alarm the looming possibility of a large-scale military assault on Gaza. Rocket fire from Gaza has killed 2 Israelis and wounded 7 others, while Israeli airstrikes on the civilian population of the Gaza Strip have killed 28 people, including 10 children, and wounded at least 152.