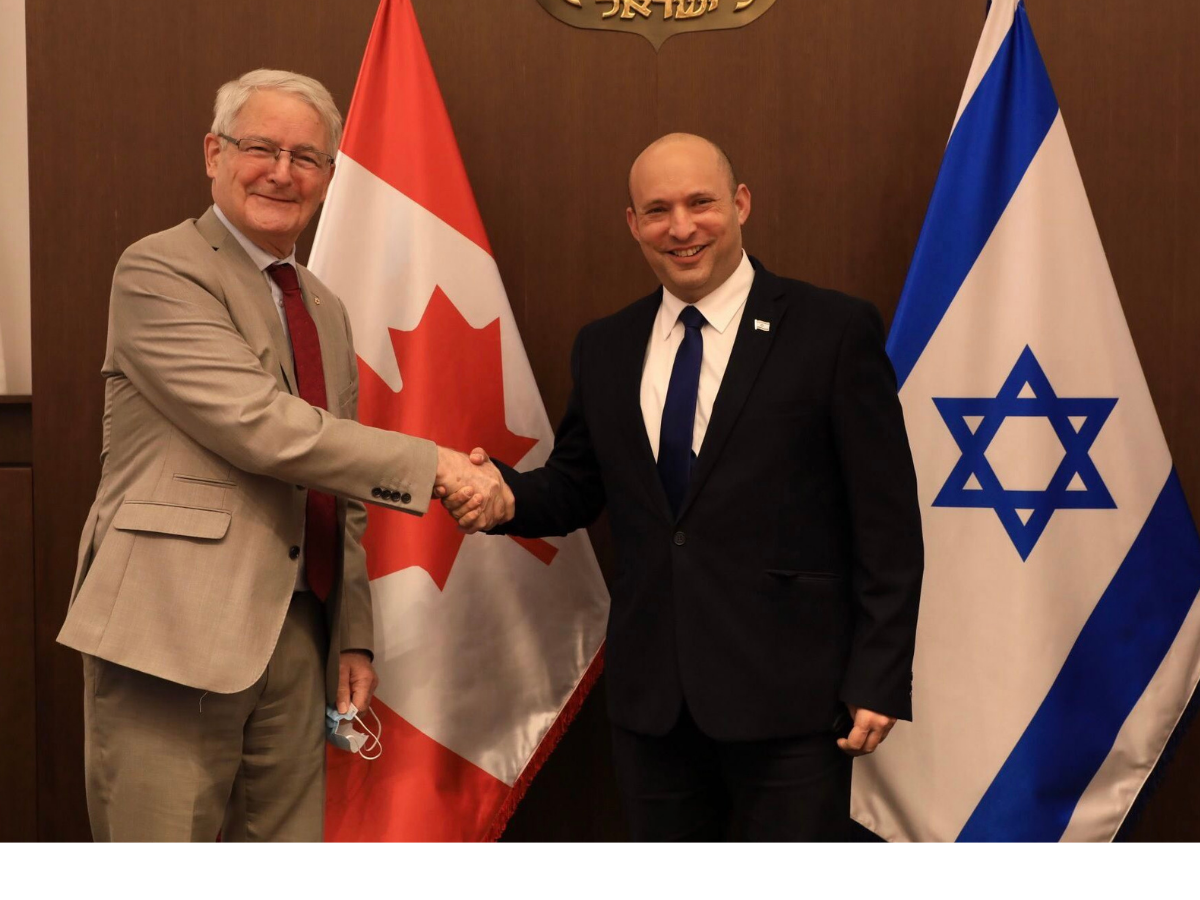 Montreal, July 6, 2021  — As Canadian Foreign Affairs Minister Marc Garneau’s trip to the Middle East comes to a close, Canadians for Justice and Peace in the Middle East (CJPME) is calling the initiative a failure due to the Minister’s refusal to hold Israeli officials accountable for egregious human rights violations. “Canadians were shocked to see Minister Garneau take a ‘business-as-usual’ approach to a government led by Israeli Prime Minister Naftali Bennett, a far-right racist and war criminal who has boasted about killing Arabs and supports perpetual apartheid,” Michael Bueckert, Vice President of CJPME. “Any Canadians looking for indications that their government was prepared to take action to protect the rights of Palestinians will be deeply disappointed” added Bueckert.

Last week, CJPME had identified several priorities which they expected to see from the Minister: these included action to discourage Israel from carrying out the mass expulsions of Palestinian families in Sheikh Jarrah and Silwan; putting pressure on Israel in order to advance Palestinian self-determination; and to stop funding programs that facilitate coordination between Palestinian security forces and the Israeli occupation. CJPME notes with regret that while the Minister did speak briefly on the issues of settlements and violations of rights, his visit ended without any tangible actions or policy commitments that could challenge Israeli violence and apartheid.

First, CJPME had encouraged Minister Garneau to demonstrate that there would be consequences for Israel’s ethnic cleansing in Sheikh Jarrah and Silwan. In part, CJPME believes that this should involve suspending the Canada-Israel Free Trade Agreement (CIFTA) which gives preferential trade status to illegal settlers in East Jerusalem. In his meetings with Israeli officials, Minister Garneau reportedly called on Israel to “cease” the “continued expansion of settlements, demolitions and evictions.” However, CJPME notes that the Minister did not back these words with action; on the contrary, Minister Garneau instead committed to strengthening bilateral collaboration, including CIFTA, while emphasizing Canada’s “unwavering friendship and partnership” with Israel.

Second, CJPME had called on Minister Garneau to advance Palestinian self-determination by putting pressure on Israel to give up its control over Palestinian lives and territory, noting that Israeli Prime Minister Bennett is adamantly opposed to either a Palestinian state or granting Palestinians equal rights. In a press conference, Minister Garneau admitted that there was no possibility of achieving a two-state solution in the near future, but failed to offer any alternative approach. “Palestinians cannot wait for their basic human rights to be respected,” said Bueckert, “pressure must be brought to bear on Israel now to abandon apartheid.”

Third, CJPME had called on Minister Garneau to shift funding away from training for Palestinian Authority (PA) security forces, following the murder of Palestinian activist Nizar Banat under PA custody. CJPME notes that Canada spent almost $7,000,000 last year on training PA security forces to collaborate with the Israeli occupation. “While it is positive that Minister Garneau is now demanding accountability for the murder of Banat, Canadians need to stop funding the repressive apparatus of the occupation and focus on initiatives to end Israeli domination,” said Bueckert.