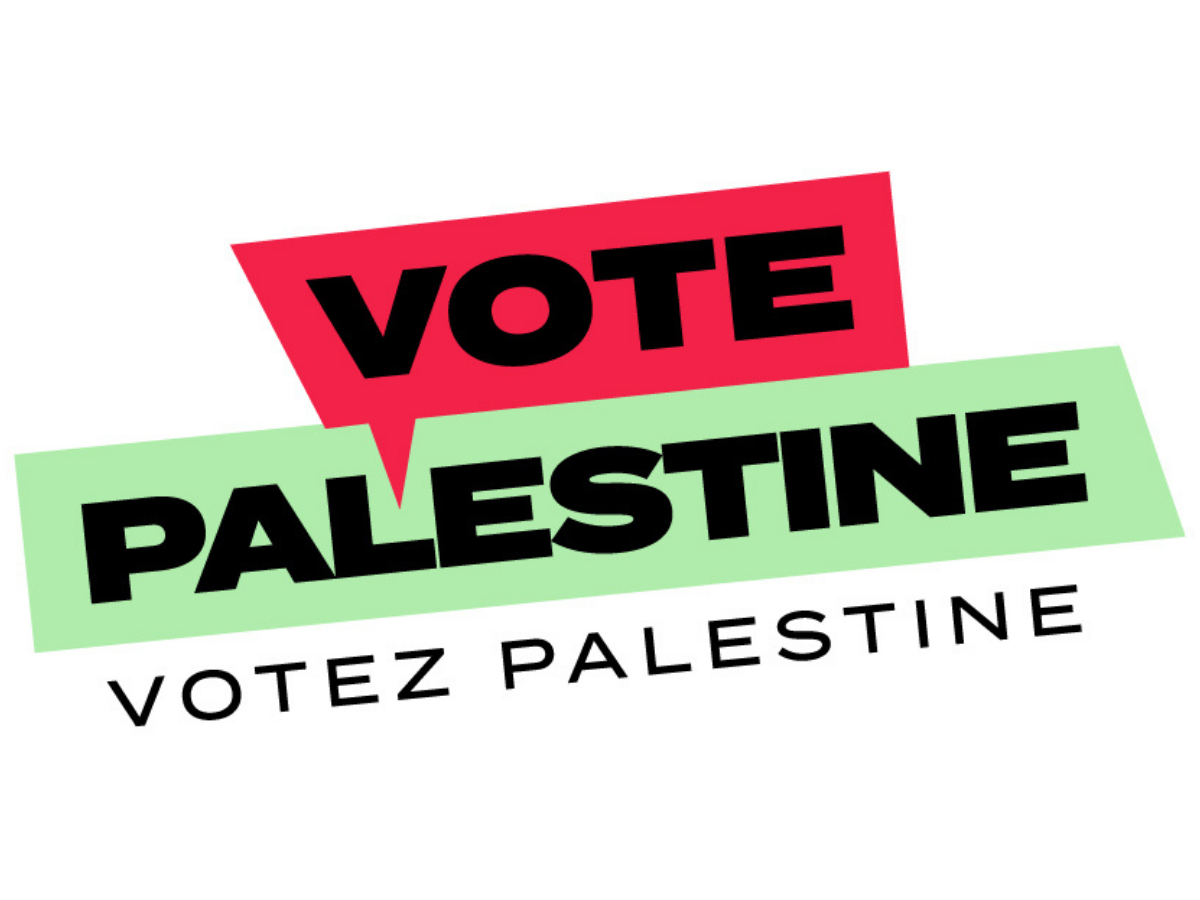 Montreal, August 18, 2021: Today, a partnership of Canadian advocacy groups launched Vote Palestine: a campaign and online resource to put issues of human rights in Palestine-Israel on the agenda for the federal election. Central to the campaign is a joint platform of shared demands that civil society groups hope to see candidates take on. With these tools, Vote Palestine intends to challenge candidates to make clear commitments on foreign policy that could bring about real change for the better in the region.

Last spring, tens of thousands of Canadians demonstrated in cities from coast to coast against Israel’s bombing campaign in Gaza, and against the expulsions of Palestinians in East Jerusalem. Opinion polls show that a strong majority of Canadians want their government to take tougher stances against Israel when it violates international law; and to protect the freedom of expression of Canadians engaging in Palestinian human rights campaigns such as boycotts, divestment, and sanctions (BDS). Canadians believe in human rights and freedom for Palestinians - the Vote Palestine campaign will translate these beliefs into action on the campaign trail.

“Palestine is not a partisan issue, it is about human rights,” says Dania Majid of the Arab Canadian Lawyers Association. “During the bombings in Gaza last May, an unprecedented groundswell of Canadians demanded their elected representatives speak out against Israel's human rights abuses against Palestinians. The Vote Palestine campaign aims to ensure our collective voices are finally heard by candidates and political parties, and that they will act on the principled demands outlined in our platform.”

Among the policy demands of the Vote Palestine campaign are ending Canadian military trade and cooperation with Israel, and ending trade with illegal Israeli settlements. “Since the start of this year, Israeli violence has killed more than 300 Palestinians, including almost 80 children,” explains Michael Bueckert, Vice-President of Canadians for Justice and Peace in the Middle East. “Meanwhile, Canadian arms sales to Israel have increased by almost 40 percent. Canadians are looking for political parties with the courage to end military cooperation with Israel, and finally end our government's role in violence against Palestinians.”

The Vote Palestine campaign also wants to see candidates commit to protecting freedom of expression on Palestine. “We want to see the Canadian government do more to fight antisemitism, but not at the expense of silencing legitimate criticism of Israeli state policy,” says Independent Jewish Voices’ National Coordinator, Corey Balsam. “Elected officials continue to malign Canadians who are calling for justice in Israel-Palestine, using the deeply-flawed International Holocaust Remembrance Alliance (IHRA) antisemitism definition as the government’s barometer. This IHRA definition remains a major threat to freedom of expression in Canada, and we want to see candidates take a clear position against it.”

“When politicians denounce the non-violent BDS movement for Palestinian human rights, they lend credence to efforts to silence Palestinians and others who support BDS as a peaceful means of putting pressure on the state of Israel to abide by international law,” adds Karen Rodman, a founding director of Just Peace Advocates.

The non-partisan campaign launched today by unveiling a website and tools that voters will use to engage their local candidates. Vote Palestine is encouraged by the momentum seen in recent months, as MPs from multiple parties expressed support for imposing sanctions on Israel in the pursuit of upholding the rights of Palestinians, and hopes this momentum will be carried through to the ballot boxes and beyond.