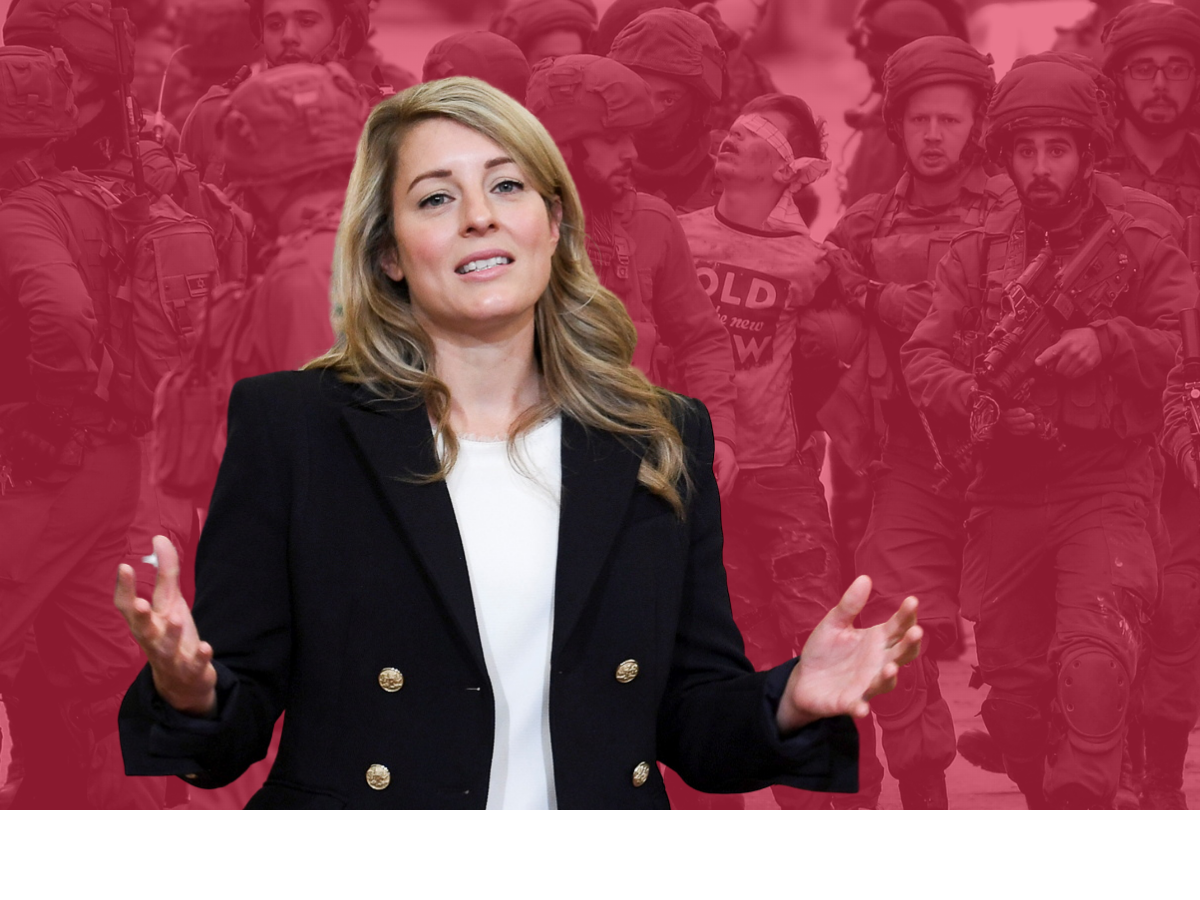 Montreal, December 13, 2021 - Below is a letter to Mélanie Joly, Minister of Foreign Affairs, regarding recent comments on the six Palestinian civil society organizations which have been falsely designated by Israel as “terrorist organisations.” CJPME argues that Canada must end its hesitation on this matter and act immediately to protect human rights defenders in Palestine.

I am writing to you as President of the Canadians for Justice and Peace in the Middle East (CJPME, www.cjpme.org), a national non-profit organization concerned with issues of justice, development and peace in the Middle East. I was concerned to hear your recent remarks in Parliament regarding the six Palestinian civil society organizations which have been falsely designated by Israel as “terrorist organisations.” In a reply to a question from the opposition, you suggested that Canada has not yet made a determination about the credibility of these allegations, stating that you were still waiting for “clarity” from the Israeli government. On behalf of Canadians across the country, I am urging you to end Canada’s hesitation on this matter and act immediately to protect human rights defenders in Palestine.

As you are aware, it has been nearly two months since Israel’s Minister of Defense Benny Gantz designated six respected and credible civil society Palestinian organizations to be “terrorist organisations,” in a clear attempt to shut down their activities. Since then, Israel has imposed a military order in the West Bank confirming the terrorism designation of the NGOs, which means that it is a criminal offense (in both Israel and the occupied territories) to express support for these groups’ activities. The organizations targeted in this manner include Defense for Children International – Palestine (DCI-P), which promotes and protects the rights of Palestinian children under occupation, and Al-Haq, a human rights and international law organization that participates actively at the United Nations.

As CJPME and other human rights groups have warned, this designation is certain to have catastrophic consequences for the ability of these organizations to conduct their human rights work and their ability to secure funding, and it poses a grave threat to the safety and well-being of their employees and volunteers.

Significantly, Israel has failed to provide any “evidence” that would justify a designation of such severe implications, and there is no reason to expect that any forthcoming information would be more convincing. Confidential allegations provided by Israel to European lawmakers and leaked to the press have been widely discredited. Moreover, officials and human rights groups around the world have not waited for further allegations in order to speak out in support of the Palestinian NGOs. Here are some examples:

Canada cannot continue to delay action in the face of this major threat to Palestinian civil society. CJPME urges Canada to play a leading role in defending human rights defenders on the international stage, by means of the following:

I would be happy to meet to discuss this matter further, and can be reached at 438-380-5410. CJPME is also willing to assist in arranging a meeting with one or more of the Palestinian civil society groups targeted by this latest move, in order to hear more about their experiences and how the international community can help.

Elizabeth May, Parliamentary Leader of the Green Party