Revealed: Canada’s pro-Israel voting record at the UN contradicts its own values and interests, according to GAC officials 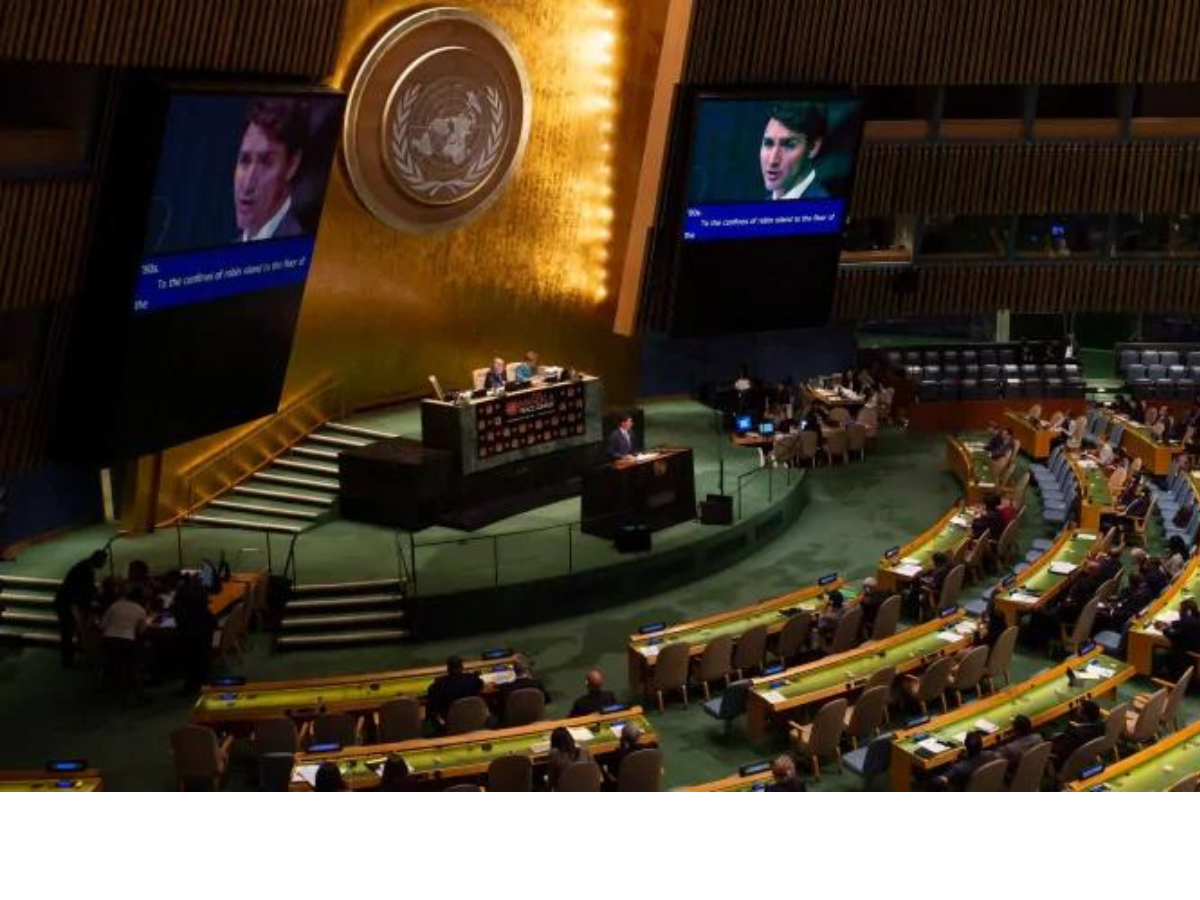 Montreal, September 7, 2022 — Canada’s career foreign affairs officials admit that Canada’s staunchly pro-Israel voting record at the United Nations contradicts its own values and interests and harms its international reputation, according to documents released under the Access to Information Act and obtained by Canadians for Justice and Peace in the Middle East (CJPME). The released documents cover the period leading up to Canada’s 2019 decision to resume its support for Palestinian self-determination at the UN, and reveal how Canadian officials critically view Canada’s voting record. CJPME urges the Canadian government to use the upcoming session of the UN General Assembly as an opportunity to reorient its approach, and to start supporting resolutions which aim to uphold Palestinian human rights.

Read the full analysis in CJPME’s report, “Voting Against Its Own Interests.”

“Canada’s automatic opposition to anything unflattering of Israel at the UN has made Canada an embarrassment – both on the world stage and within its own public service,” said Thomas Woodley, President of CJPME. “We’ve been arguing for years that Canada’s votes against Palestinian rights are inconsistent with Canada’s own official policies, and the released documents show that Canadian officials actually agree with this analysis,” added Woodley.

The released documents include a memo from Global Affairs Canada officials which recommends that Canada end its uniformly pro-Israel approach at the UN. In that memo, officials admit that Canada has been voting against UN resolutions on Palestinian rights “without considering the specific merits of each resolution,” and “despite their alignment with Canadian values, interests, and standard positions.” The memo identified several votes on Jerusalem, Israeli settlements, and Palestinian refugees, that would likely change if Canada were to adopt a “merit-based approach” rather than automatically opposing such motions as a package.

Officials also describe Canada’s pro-Israel voting record as a liability to its international reputation, noting that it has “has set us apart from like-minded countries” and attracts criticism from UN member states. Canada’s representatives to the UN in New York, as well as officials working on UN Security Council issues, had been pushing for Canada to adopt an entirely “merit-based approach” to resolutions on this issue, which would have resulted in more votes in support of Palestinians. CJPME notes that this push came amid Canada’s campaign for a UNSC seat, lending evidence to claims that its voting record on Palestinian issues was a contributing factor in the failure of its bid.

There are 10-16 standing resolutions on Palestinian human rights which are considered by the UN General Assembly each year. Although in the early 2000s Canada voted in support of nearly all of them, this approach radically changed under Prime Minister Stephen Harper, who in 2011 began voting against nearly every one of these resolutions as a package. In 2019, Trudeau made a small shift by resuming Canada’s vote in favour of a single resolution on Palestinian self-determination. CJPME’s UN Dashboard is an interactive resource which shows how Canada’s votes on these motions have changed from 2000 to the present.