Voting Against its Own Interests 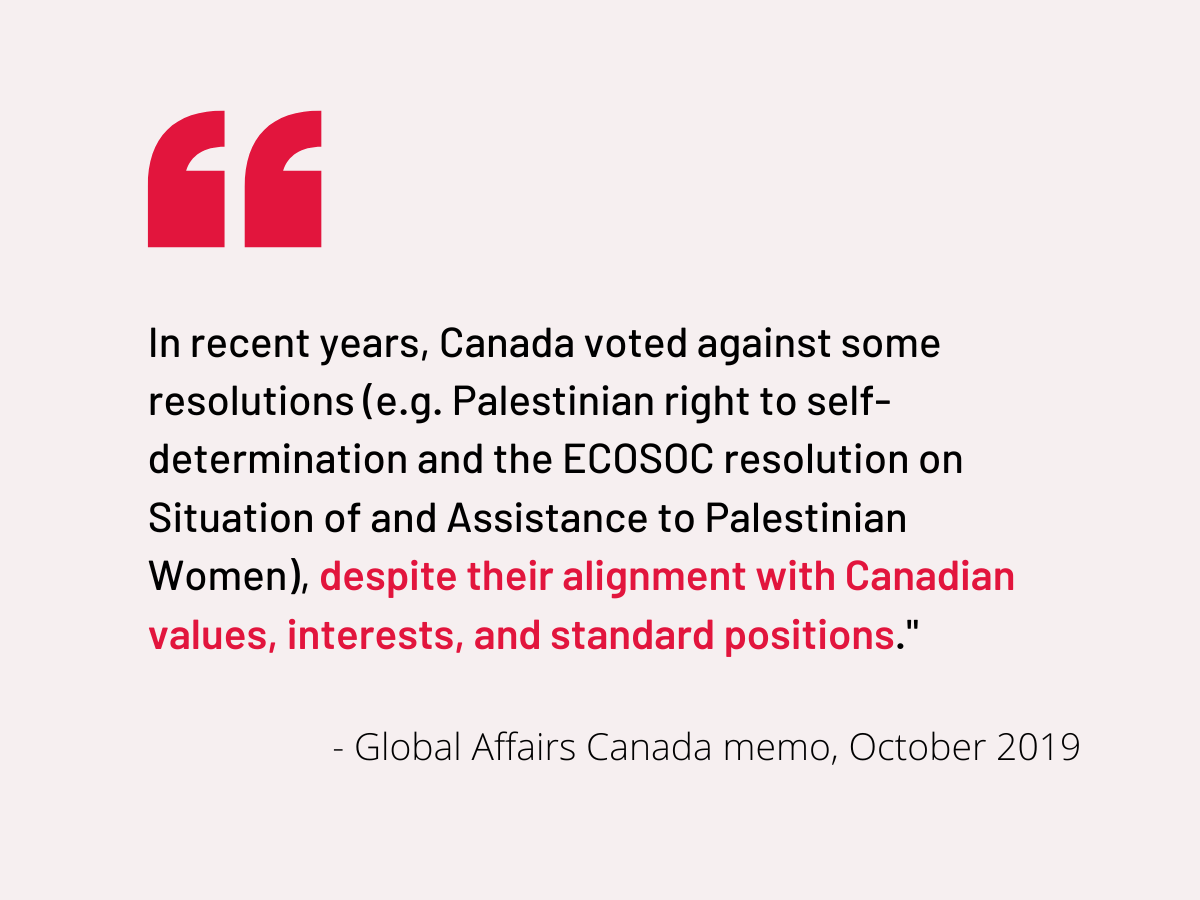 Canada’s pro-Israel voting record at the UN contradicts its own values and interests and harms its international reputation, according to documents released via Access to Information legislation. The released documents cover the period leading up to Canada’s 2019 decision to resume its support for Palestinian self-determination at the UN. In this report, CJPME looks at how Canadian officials really view Canada's UN voting record, and urges Canada to support all resolutions which aim to uphold Palestinian human rights.

Report at a glance

CJPME has obtained documents from Global Affairs Canada, released via Access to Information legislation, for the period leading up to Canada’s 2019 decision to resume its support for Palestinian self-determination at the United Nations. The documents show what Canada’s career foreign affairs officials really think about Canada’s staunchly pro-Israel voting record at the UN.

Since its change of the single vote in 2019, Canada has not otherwise changed its voting pattern on these annual resolutions. This means that the Trudeau government has continued to vote against resolutions which its career foreign affairs officials have identified as consistent with Canada’s foreign policy.