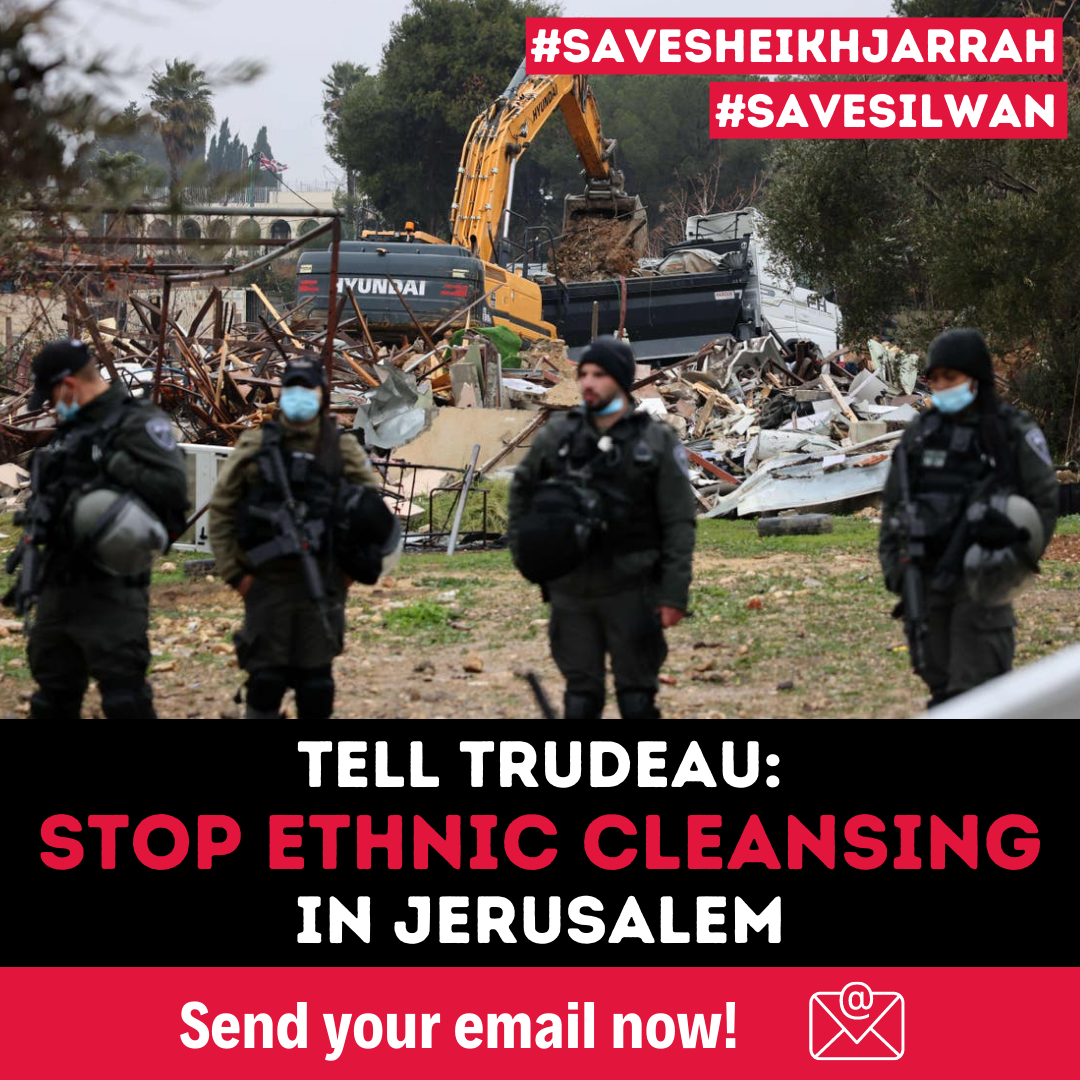 Time is running out for Sheikh Jarrah and Silwan! In these two neighbourhoods in occupied East Jerusalem, Israel is attempting to forcibly evict 175 Palestinian families from the homes they’ve lived in for generations -- and replace them with Israeli settlers.

More than 1,000 Palestinians in East Jerusalem are at risk of forced eviction, a crime under international law. Although Canada has expressed concerns about the evictions, concrete action is urgently needed to prevent this act of ethnic cleansing.

Use the fields below to send an email to the Prime Minister, your local MP, and other Canadian political leaders and diplomats. Save Sheikh Jarrah and Silwan, stop ethnic cleansing in Jerusalem!