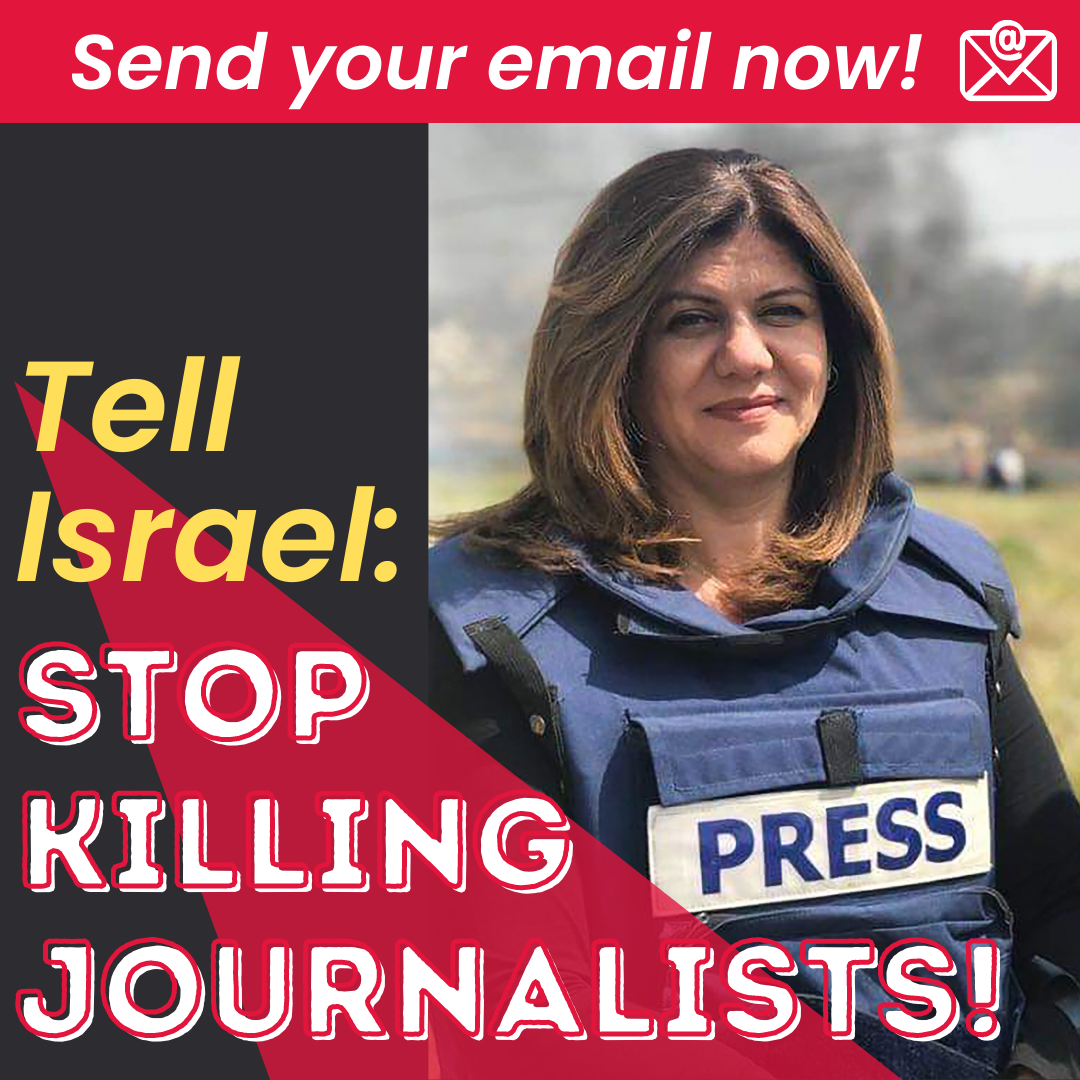 We are all grieving after Israel's assassination of Al Jazeera journalist Shireen Abu Akleh. Yet Abu Akleh is already the 47th journalist killed by Israel since 2000, and Reporters Without Borders has said that at least 144 Palestinian journalists have been violently targeted by Israeli forces during protests since 2018. Labelled an apartheid state by all the major human rights organizations, Israel systematically targets journalists to hide its crimes. Canada must condemn this killing, and demand an independent international inquiry into the killing of Abu Akleh.

Use the fields below to send an email to the Prime Minister, other federal leaders and your local MP. Canada must bring an end to Israel's killing of journalists!