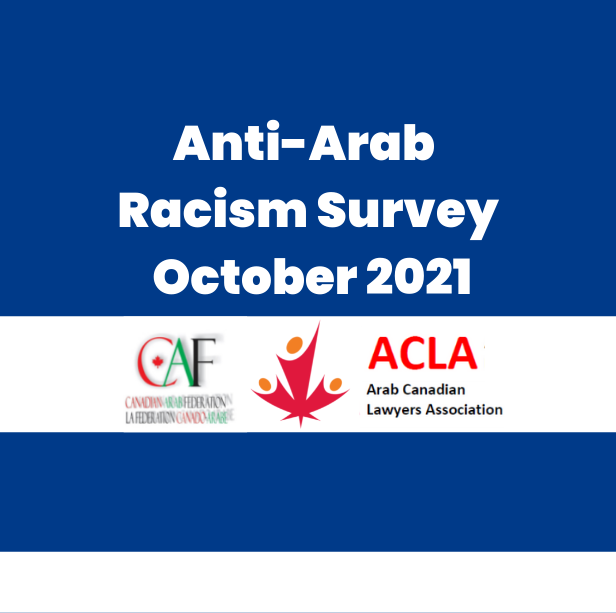 Today, CJPME released the sobering results of its national poll about Arabs and anti-Arab racism in Canada. The survey report, entitled, “Marginalized and Misunderstood: Survey on Attitudes on Arabs and Anti-Arab Racism in Canada” (in .pdf) was published this morning via a national press release. CJPME co-sponsored the survey with the Canadian Arab Federation (CAF), and the Arab Canadian Lawyers Association (ACLA.)

The survey also found that Canadians hold more negative views on immigration from Arab countries, as compared to immigration in general. Overall, Canadians were 10% more likely to say there are too many Arab immigrants, as compared to their view on immigrants generally. Of all the political parties, Conservative Party supporters – at 68% – were mostly likely to feel there are too many Arab immigrants to Canada. 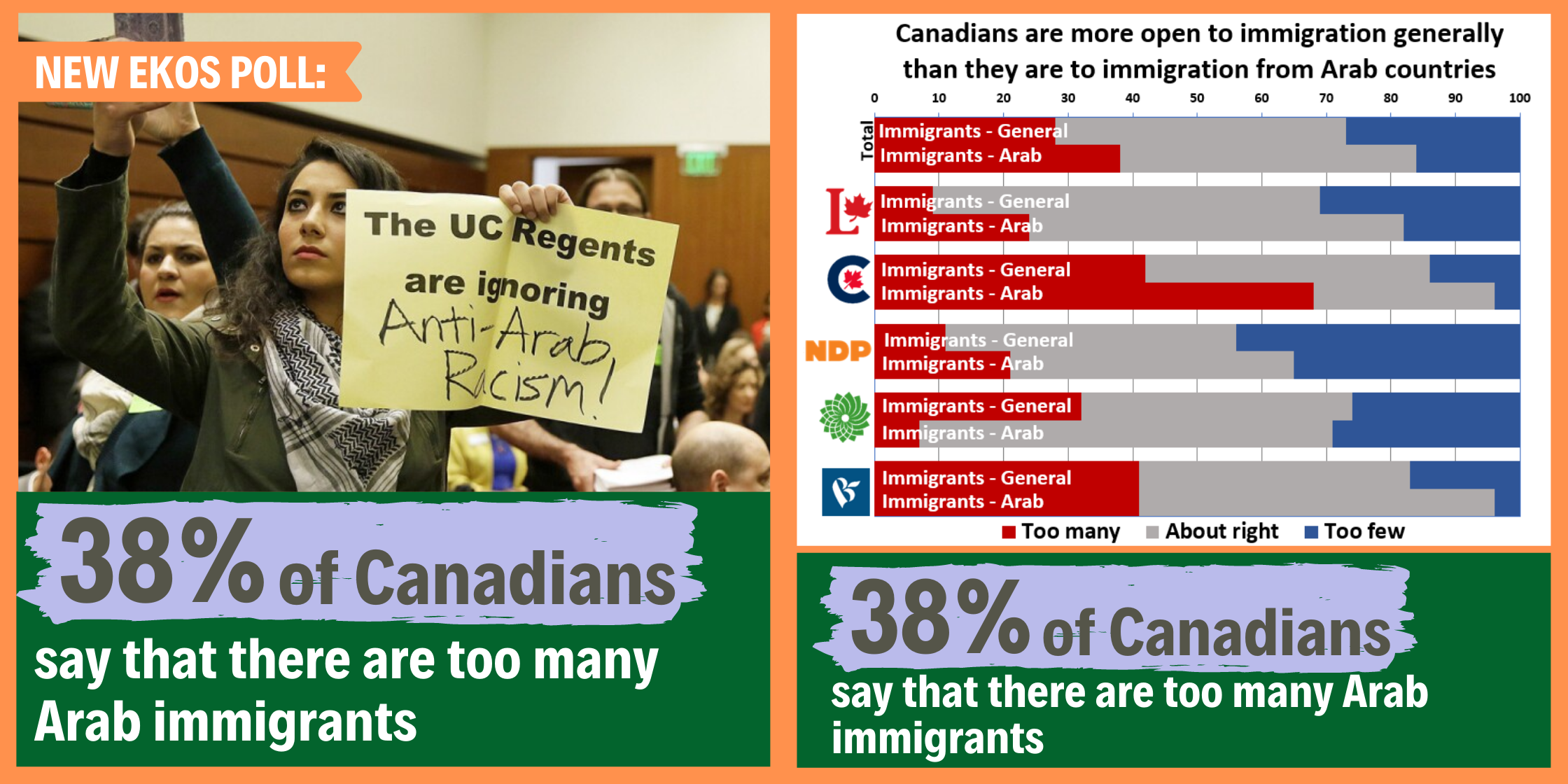 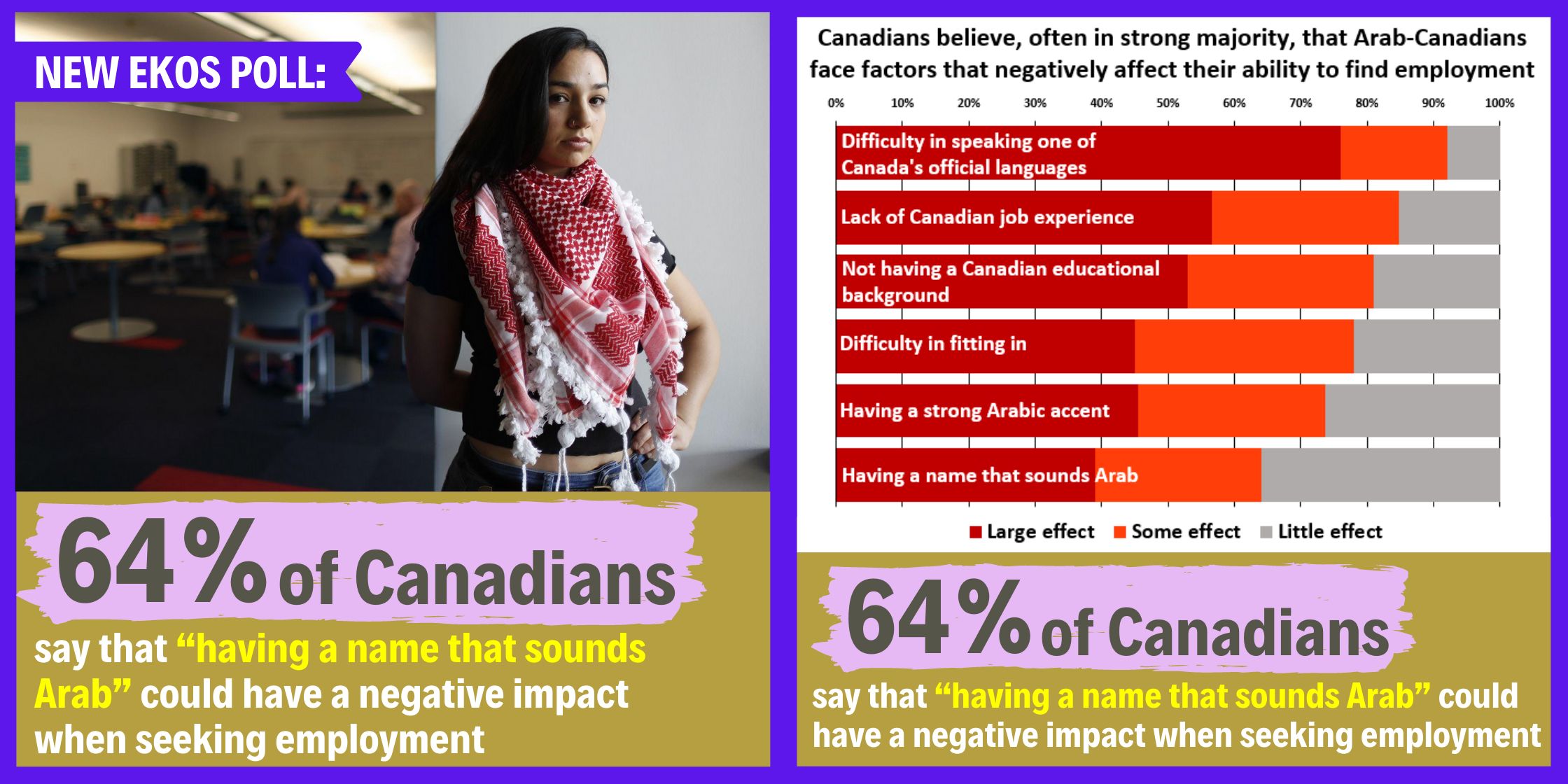 The survey also found that Canadians tend to view Arabs much more negatively than people of other backgrounds. Compared to East Asians and Europeans, Arabs were much less likely to be perceived as tolerant, adaptable, open-minded, or as contributing to the community. Similarly, Arabs were twice as likely to be seen as violent (15%), fanatic (21%), and oppressive towards women (48%.) 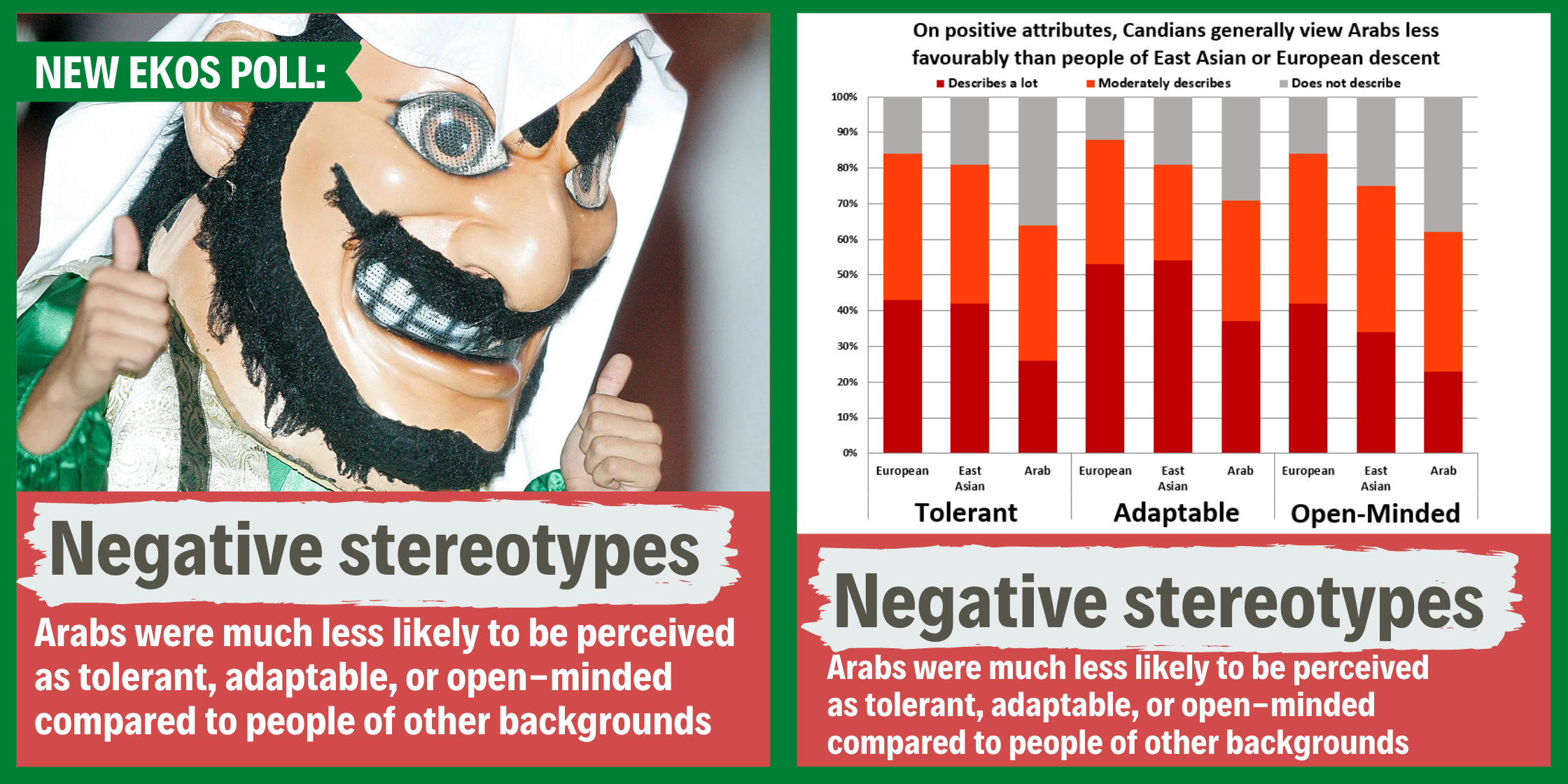 In terms of the conflict between Israel and its Arab neighbours, the survey found that Canadians overall hold Arabs MUCH LESS responsible for prolonging the conflict, even when the question is phrased in a way that rhetorically benefits Israel.

The full survey results (.pdf) contain other significant findings too, along with additional graphs.

Please Support our Work for Civil Rights and Human Rights

CJPME is not aware of any other recent, in-depth public opinion poll about Arabs in Canada. Our survey project was one which was two years in the making, costing $6000 for EKOS polling services, and requiring hundreds of hours of work in survey development and analysis.

But the survey results prove their worth: credible findings like these enable advocates for Arab-Canadians and their issues to be more confident as they approach politicians and policy-makers.

As a very small team, we depend on the support of private individuals like yourself to be able to continue our work. Could you make a donation? A monthly donation makes a huge long-term difference; but any contribution does wonders. You can donate online, call at 438-380-5410, or print and send the form here.