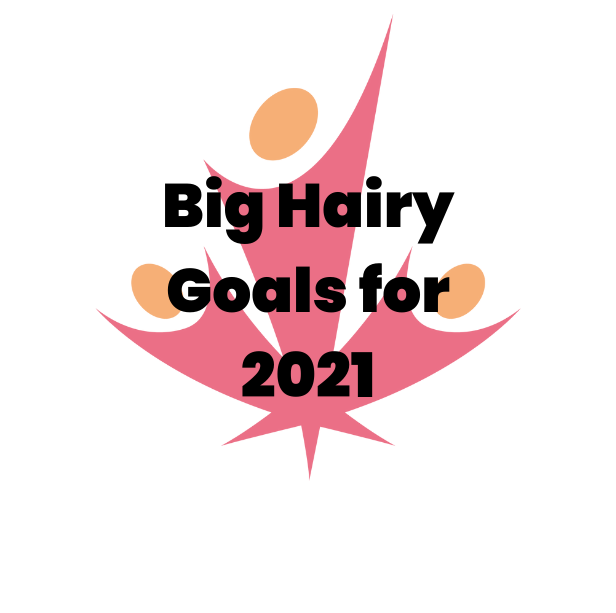 In 2020, despite COVID, CJPME had some truly amazing accomplishments! And we want you to know that you – our supporters – share in our achievements, as everything we do depends on your support and participation!

We’re pumped to make 2021 even a more impressive year, and wanted to share some of our plans with you. Below, we’ve listed our TEN BIG HAIRY GOALS for 2021.

If you like what you see, please consider supporting our work financially. Monthly donations, even if a small amount, really help us to plan for the future. If you prefer to donate in person, feel free to give us a call at 438-380-5410, or print and mail us this form.

BIG HAIRY GOAL #1: Co-sponsor a trip to Palestine for 20 Canadian politicians. Although Coronavirus may still be a factor in 2021, we’re going to do our best to help get more Canadian Members of Parliament to Palestine. In 2018, almost 20 MPs went to Palestine, and came back with renewed vigor to speak up for Palestinian human rights. We’re already talking to allies in Parliament to see what can be done to help make it happen again – and soon!

BIG HAIRY GOAL #2: Re-invigorate the BDS movement in Canada; get Céline Dion to cancel her shows in Israel. Even if COVID-19 haunts the first part of 2021, we’ve got some amazing plans to re-energize the boycott, divestment and sanctions movement in Canada. We’re in touch with the BDS National Committee and other Canadian allies, and plan to launch some very accessible and exciting campaigns early in 2021. So stay tuned, and be ready to participate! And if Céline Dion keeps her concert date in Israel for next summer, she’s going to feel some real heat from us!

BIG HAIRY GOAL #3: Force a vote in Canada’s Parliament calling for Palestinian self-determination. Even though it sounds like a big hairy goal, asking Canada’s Parliament to pass a motion for Palestinian self-determination is simply asking MPs to vote for a policy that their parties, and the Canadian government, already support! Sure, the pro-Israel lobby won’t want us to try it, but it’s the logical, consistent, and ethical position to push for. Don’t be surprised if we ask you to contact your MP on this issue.

BIG HAIRY GOAL #4: Challenge the CBC and other media to provide more balanced coverage of Palestine-Israel. Like many of our supporters, we’re often unhappy with the way the media portrays news related to Palestine-Israel. Some media are not responsive to outside pressure, but as a public broadcaster, the CBC is required to listen to the complaints and critiques of the general public. We’ve got several ideas – and some “inside information” – to help us make the CBC a bit more responsive to our complaints and critiques. And we’re hoping we’ll have your support as we turn the screws!

BIG HAIRY GOAL #5: Launch a project to study Canadian censorship around Palestine-Israel. Anti-Palestinian blacklisting and censorship are already an issue in Canada – as we saw a few months ago with the UofT’s handling of its International Human Rights Program. We’ve already got an important project under way in the charitable sector, and want to address this problem more directly on other fronts, with a variety of different allies. We’ve going to do everything we can to reverse the insidious taboo around talking about Palestinian human rights!

BIG HAIRY GOAL #6: Challenge racist Canadian attitudes toward Arab-Canadians via a professional survey. Canadian Arabs face all sorts of barriers as they look for work, shop for housing, access services, and raise their children in a society which often prejudges them. In this era of Black Lives Matter, we want to expose these prejudices, and elevate the debate in Canada around creating an environment that welcomes and embraces everyone, including Arabs! A professional survey is a first step to addressing this vast area of discrimination.

BIG HAIRY GOAL #7: Influence politicians on Canada’s diplomatic failure to stand up for Palestinian human rights. Whether we like it or not, the Canadian government is NOT standing up for human rights on the international stage, not for Palestinians, and not for most other Middle East peoples. This is seen in Canada’s UN votes, in Canada’s trade deals and in Canada’s diplomatic statements. Canada needs to do better! CJPME plans to do even more in 2021 to shed light on the different ways Canada undermines the protection of human rights in the Middle East.

BIG HAIRY GOAL #8: Oppose efforts by pro-Israel groups to conflate criticism of Israel with antisemitism. Canada’s pro-Israel lobby groups are working overtime to foist the IHRA definition of antisemitism on Canadian institutions: in legislatures, at universities, and elsewhere. While CJPME stands against antisemitism, we oppose all attempts to conflate criticism of Israel with antisemitism. As such, we will continue to work with partners to protect freedom of expression around Palestinian human rights and aspirations.

BIG HAIRY GOAL #9: Mobilize with other racialized groups in Canada to combat systemic prejudice. The fight for free expression around Palestinian human rights is closely related to the right to mobilize for indigenous rights, to oppose anti-Black discrimination, and to oppose Islamophobia. In 2021, CJPME plans to expand its collaboration with progressive Canadian groups working on intersectional issues. Working together on related issues raises the awareness on all the issues across Canada, and increases the reach of our collective campaigns.

BIG HAIRY GOAL #10: Keep challenging the Canadian public through cutting edge media and analysis. Those of you who follow us on Facebook, Twitter and Instagram know that we are working hard, every single day, to publicize our issues to a broader audience. Our presence on each of these platforms has grown tremendously in the past year, and we want to see it continue to grow. Doing so requires us to developing compelling analyses, to stay savvy with the technology, and to experiment with new ways of reaching Canadians. With your support, we’re going to push for even greater impact and presence moving forward!