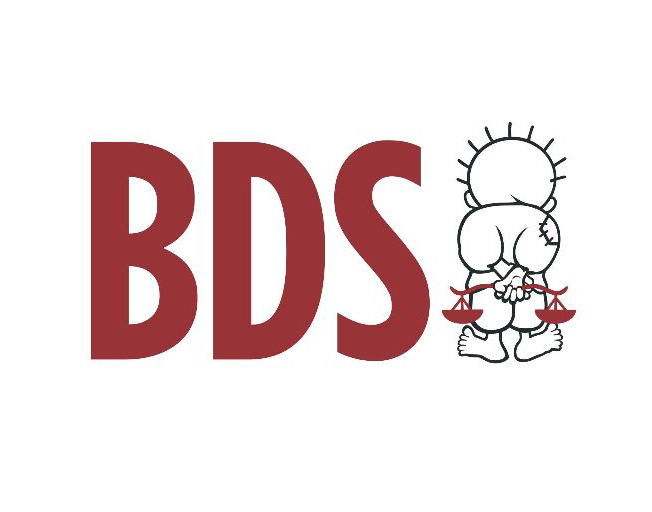 CJPME is pleased to publish the next of a 13 part election series analyzing the positions of Canada’s political parties. CJPME hopes that, by revealing what parties have said and done on key Middle East issues, Canadians will be better informed voters in the upcoming elections. Our next analysis studies each party’s position on the BDS Movement.

According to CJPME’s research findings, no Canadian political party fully supports BDS, although the reaction and tone vis-à-vis the movement varies somewhat amongst the parties. The Greens received the highest mark, despite not explicitly endorsing the BDS movement. The Green’s policy on Israel-Palestine does, however, support boycotts, divestment and sanctions against Israel until it respects international law. The NDP received the next best score, as individual NDP MPs – including NDP Leader Jagmeet Singh – have expressed their willingness to consider economic sanctions against Israel. Nonetheless, the NDP as a party has rejected any type of BDS-related action. While the Bloc Québécois (BQ) has not taken an explicit stance on BDS, CJPME was able to find BQ statements supporting the objectives of the BDS movement. Meanwhile, the Liberal and Conservative positions against BDS are the most extreme, falsely equating the BDS movement to a form of anti-Semitism, and condemning Canadians who support non-violent pressure tactics against Israel.

In 2005, 170 Palestinian civil society organizations issued a unified call to the international community to initiate Boycott, Divestment and Sanction (BDS) activities against Israel. The BDS movement demands that Israel recognize Palestinians’ right to self-determination and that Israel comply with international law and universal principles of human rights. Today, grassroots activism in Canada has contributed significantly to the global BDS campaign, with over 70 Canadian organizations currently working to generate economic pressure on Israel.[1]

Despite its popularity within international civil society, the movement has not gained support from the majority of Canada’s political parties. Indeed, two of Canada’s major political parties have explicitly condemned the BDS movement, with some going as far as labelling it the ‘new face of anti-Semitism’ because, they argue, it unfairly ‘singles out’ Israel.

The Liberal Party’s stance against BDS has been most clearly articulated during Trudeau’s mandate. Apart from the two Liberal MPs who voted against the Conservatives’ anti-BDS motion, and the twelve that abstained from voting, the remainder of the party supported the motion, thus allowing it to pass in the House.[2]

The Liberal position on BDS  is fueled by the same rhetoric perpetuated by the Conservatives, which conflates BDS with anti-Semitism. In November 2018, during his apology for the Canadian Government’s failure to accept Jewish refugees into Canada in 1939, Justin Trudeau concluded his statement by condemning BDS as anti-Semitic. When questioned about his stance on the BDS movement at several 2019 Canadian townhalls, Trudeau has repeatedly reiterated this position.[3]

Even prior to his election, Trudeau had already publicly expressed opposition to the BDS movement. In March 2015, for example, in a talk with university students in Vancouver, Trudeau expressed strong opposition to BDS, accusing the movement of contradicting “Canadian values of respect and openness [when] engaging with each other.”[4] When a vote on divestment took place at Montreal’s McGill University that same month, Trudeau attracted national attention by condemning student organizers. “The BDS movement, like Israeli Apartheid Week, has no place on Canadian campuses,” Trudeau tweeted, “As a @McGillU alum, I’m disappointed. #EnoughIsEnough.”[5]

Thus, although there is no “official” Liberal party policy on BDS, Trudeau’s statements carve out a position not dissimilar from that of the Conservatives.

Under former Prime Minister Stephen Harper’s leadership, the Conservative government exhibited a highly threatening and intolerant attitude towards BDS activists. For example, in January 2015, Public Safety Minister Steven Blaney addressed the UN General Assembly, stating that “Canada has taken a zero-tolerance approach to anti-Semitism and all forms of discrimination including rhetoric towards Israel, and attempts to delegitimize Israel such as the Boycott, Divestment and Sanctions (BDS) movement.”[6] Just four days earlier, Canada’s former Foreign Affairs Minister, John Baird, had signed a Memorandum of Understanding with Israel pledging to combat BDS.

Only a few months after Trudeau’s election, on February 22nd 2016, the Conservatives introduced an anti-BDS motion to the House of Commons. The motion called on the Liberal government “to condemn any and all attempts by Canadian organizations, groups or individuals to promote the BDS movement, both here at home and abroad.”[7] The entire Conservative caucus voted to condemn Canadians who support BDS.  Human rights organizations, such as Amnesty International, vocally opposed this parliamentary motion as a violation of free speech and an attempt to stifle legitimate criticism of Israel.

Both inside and outside of the House of Commons, Conservative MPs continue to falsely conflate BDS with anti-Semitism. When introducing the anti-BDS motion, Conservative Member of Parliament Tony Clement stated that the BDS movement is discriminatory, and seeks “to delegitimize and isolate Israel, and quite frankly single Israel out around the world.”[8] During the motion’s debate, several Conservative MPs called the BDS movement an act of “anti-Semitic racism.”[9]

Under the direction of Andrew Scheer, the Conservative Party has continued to use this anti-BDS rhetoric, actively condemning Canadians who support the movement. Several Conservative MPs, including David Sweet, Kelly McCauley, Michael Cooper, and Erin O’Toole, have continued to smear BDS activists as anti-Semites under Scheer’s leadership.[10]

Although the New Democratic Party has no official position on BDS, a series of actions and comments from NDP leaders have shown that the party is unwilling to back the BDS movement. Former NDP leaders Jack Layton and Thomas Mulcair both made comments rejecting the BDS movement, [11]  with Mulcair going so far as to say that BDS is “exactly the wrong direction we should be going in.”[12]  The NDP’s position on BDS under Jagmeet Singh’s leadership has yet to determined.

While NDP MPs voted in a block against the Conservatives’ anti-BDS motion of February 2016, many NDP MPs positioned their vote as a vote for freedom of speech and civil liberties, rather than a vote in support of BDS and its objectives. Indeed, during a House debate in 2016, NDP MP Hélène Laverdière even stated: “The NDP does not support BDS. We think it detracts from the work of achieving real progress in the region.”[13]

In 2017, prior to his election as leader of the NDP, then-Ontario NDP MPP Jagmeet Singh reacted to a motion in Ontario’s legislature condemning BDS by stating: “In a free and democratic society, peaceful advocacy directed toward a government or its policies must never be silenced.”[14] Singh tweeted at the time: ‘’I proudly spoke against the anti-#BDS motion & will continue to support the right to dissent. ‘’[15] In response to a 2017 joint CJPME-IJV questionnaire asking about his position on BDS, Jagmeet Singh indicated that he was “open to considering the use of sanctions in response to human rights violations.”[16]

During the NDP’s national convention in February 2018, a grassroots initiative supported widely by NDP activists tried introduced a resolution that called for a ban on “settlement products from the Canadian market”, and condemned “parliamentary efforts to undermine nonviolent movements seeking a just resolution,” including BDS.[17] Even though the resolution had been endorsed by the NDP youth convention and by 25 riding associations, it was deprioritized and placed at the bottom of the list of proposed foreign policy resolutions. Despite widespread support from grassroots activists, the resolution never made it to the plenary floor at the convention.

As exemplified by these various examples, the NDP’s attitude toward BDS remains ambiguous. While the party is quick to defend the right to engage in economic pressure tactics, the party has remained quiet on the matter under the leadership of Jagmeet Singh.

The Bloc ‘s (BQ) position on BDS was most pronounced during its response to the Conservatives’ anti-BDS motion in February 2016. The BQ voted against the motion, arguing that the BDS movement promotes the legitimate criticism of Israeli policies.[18] The party sought to further justify its decision by drawing a connection between the struggle of Palestinians and Quebeckers for sovereignty. CJPME was unable to find any other party statement on BDS.

In all, the BQ positions itself moderately in favour of the BDS movement, but does not take concrete actions to support it.

The Green Party of Canada (GPC) approved a resolution to adopt BDS as part of its platform in August, 2016. The resolution was overwhelmingly approved by party members, but leader Elizabeth May was strongly opposed to it. Following the convention, she threatened to resign from her position if the BDS resolution was not repealed.

The initial resolution was modified and ratified in February 2017, with all mention of the BDS movement removed. Nonetheless, the revised “compromise” resolution S16-P013 remains the first and only resolution of a major party in Canada “to call for peaceful sanctions on Israel for its decades-long abuses of Palestinian rights.”[19] While the party’s position can be confusing because of May’s general opposition to BDS, the GPC still “supports only non-violent responses to violence and oppression, including economic measures such as government sanctions, consumer boycotts, institutional divestment, economic sanctions and arms embargoes.”[20]

The current Green Party platform supports a ban on products coming wholly or partly from illegal Israeli settlements in the occupied Palestinian territories. It also calls for a renegotiation of the Canada-Israel Free Trade Agreement, to exclude products from the settlements, and to ensure that the ‘Made in Israel’ label apply only to those products made entirely in Israel proper. Through its support for economic pressure on Israel, the GPC positively sets itself apart from the other major Canadian parties.