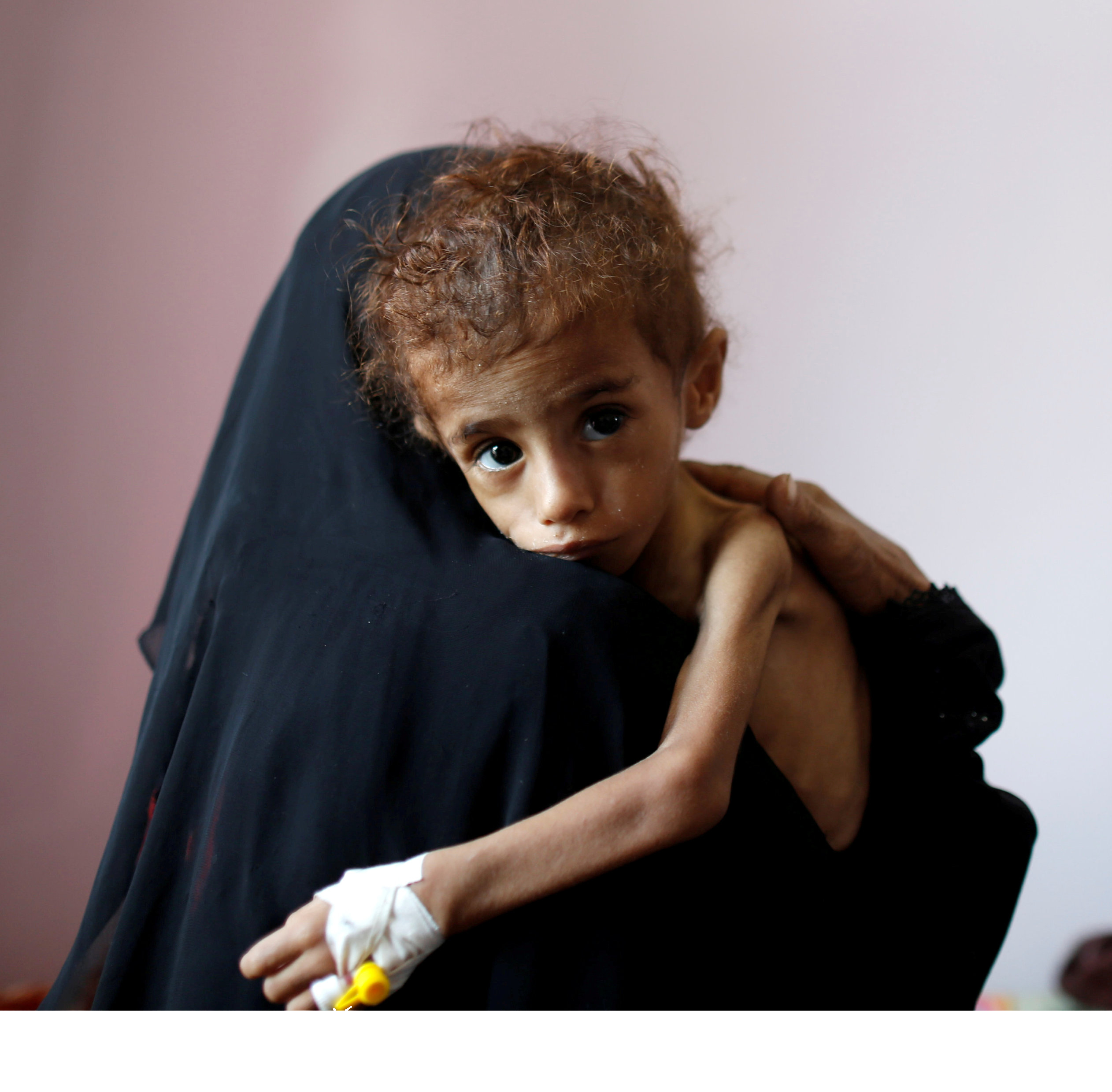 CJPME is pleased to publish the next of a 13 part election series analyzing the positions of Canada’s political parties. CJPME hopes that, by revealing what parties have said and done on key Middle East issues, Canadians will be better informed voters in the upcoming elections. Our next analysis studies each party’s position on the Yemen Crisis.

Despite the dire humanitarian crisis created by the civil war in Yemen, driven largely by the Saudi-led coalition, the Conservative Party has refused to prioritize humanitarian concern over economic gain in relations with the belligerent Saudi Kingdom. In terms of arming the Saudi, the Liberals have not been better than the Conservatives, although they have given humanitarian aid for the humanitarian crisis in Yemen. As a result, the parties have received failing and near-failing scores.
While the Bloc Québécois and the Greens have not prioritized the Yemen Crisis, their responses have been consistent with international law and natural humanitarian concern. Hence, their scores are relatively strong. The NDP stands out among all the parties, as it has been the most consistent voice calling for the respect of Yemeni human and humanitarian rights and an end to Canada’s arms deal with Saudi Arabia.

The origins of Yemen’s current crisis can be found in the Arab Spring of 2011, when long-time authoritarian leader Ali Abdullah Saleh was forced to step down and transfer power to his deputy, Abrabbuh Mansour Hadi. Not long after Hadi became president, however, the separatist Houthi movement began to take control of Northern Yemen, with significant support from the Yemeni population. The Hadi government and the Houthis engaged in a series of violent clashes which ultimately led to the eruption of civil war in Yemen. In March 2015, amidst increasing Houthi territorial gains, Hadi fled to Saudi Arabia.[1]

Given the extensive border between Saudi Arabia and Yemen, the Saudis have enjoyed a long tradition of involvement in Yemeni politics. The Yemeni civil war has been no exception, with Saudi Arabia intervening on behalf of the Hadi government against the Houthis. The Saudis launched a military campaign in Yemen in 2015 after accusing Iran of providing military assistance to the Houthi rebel militia. Many have described the situation as a proxy-war between Saudi Arabia and Iran, as they vie for control of the region.[2] Saudi Arabia’s military campaign has had catastrophic consequences on Yemen; Saudi strikes are responsible for thousands of Yemeni civilian deaths and its blockade of the country has spurred one of the worst humanitarian crises in the world, with over three quarters of Yemen’s total population in dire need of humanitarian aid.[3]

The Canadian government has been inconsistent in its approach to Yemen. On the one hand, Canada has pledged millions in humanitarian aid for Yemen, most recently committing $46.7 million in February 2019.[4] On the other hand, however, Canada has also continued to sell arms to Saudi Arabia, fuelling the regime’s assault on Yemen. There is ample risk and some evidence that these Canadian-made arms could be used by the Saudis in Yemen.[5] In addition, there is evidence that Saudi Arabia has used Canadian or similar vehicles to violently quell civilian unrest in parts of the country.

CJPME has long pushed for an immediate end to the Saudi coalition airstrikes as well as all other foreign intervention, a brokered end to the war, and international aid.  CJPME has also called for an arms embargo on all parties involved in the conflict, which include Saudi Arabia, Egypt, the UAE, Iran, and others.

The Liberal government’s approach to the crisis in Yemen has been contradictory and, arguably, ineffective. On one hand, since 2015, the Liberals have provided over $150 million in aid to ease the humanitarian crisis in Yemen. They have, on numerous occasions, reiterated that “the human cost of the ongoing conflict in Yemen is dire.” [6] On the other hand, however, they have also approved more than $284 million in exports of Canadian arms to the countries bombing Yemen.[7] Despite evidence of Canadian-made arms being used by the Saudis in Yemen, the Liberal government has maintained arms exports to the Saudis, all while claiming to be a champion of human rights. The only time the Liberal government has wavered in its support for arms sales to Saudi Arabia was following the gruesome murder of Saudi journalist Jamal Khashoggi. In the wake of Khashoggi’s murder, Prime Minister Trudeau announced that he was looking into ways to cancel the government’s arms contract with Saudi Arabia.[8] As of September 2019, the Trudeau government has yet to take action towards cancelling the deal.

At the beginning of Trudeau’s mandate, when Stéphane Dion was Foreign Affairs Minister, the Liberal government issued much bolder statements denouncing Saudi Arabia’s actions in Yemen.[9] Current Foreign Affairs Minister Chrystia Freeland has taken a much more tepid approach, occasionally calling for a ceasefire[10] and de-escalation of violence,[11] yet failing to condemn the parties involved. This unwillingness to openly criticize the Saudi-led coalition points back to the Liberal government’s prioritization of economic gains over human rights.

Under the leadership of Andrew Scheer, the Conservative Party has denounced both Saudi Arabia and Iran for their role in perpetuating the conflict in Yemen. Although the Conservatives have been quick to condemn the Saudis, they have also continued to emphasize the need to maintain “strategic cooperation” with the Saudi monarchy.[12]

It is noteworthy to recall that former Prime Minister Stephen Harper okayed the $15 billion-dollar arms deal with Saudi Arabia—a contract that remains in effect today. While it is true that the Saudis were not yet besieging Yemen in 2014 when the deal was struck, Saudi Arabia’s domestic human rights abuses are no secret.  Sadly, Andrew Scheer has repeatedly said that he would not cancel the arms deal if elected—this, despite the widespread evidence of Saudi human rights abuses at home and in Yemen.[13] The Conservative’s willingness to go through with the arms deal demonstrates the party’s willingness to place economic gain above human rights.

The NDP has consistently criticized the Canadian government’s arms exports to Saudi Arabia, pointing out that the Saudis are responsible for a “war-induced famine that threatens the starvation deaths of 14 million people in Yemen.”[14]

Foreign Affairs Critic Hélène Laverdière has posed endless questions to the government in the House of Commons and issued multiple statements calling on the Canadian government to couple its humanitarian assistance to Yemen with an arms embargo on Saudi Arabia.[15] NDP Foreign Affairs Critic Guy Caron continued this approach, criticizing the Liberal government’s incoherent response to the crisis in Yemen. Caron has also pointed out the futility of sending humanitarian aid to Yemen, while also providing arms to the belligerents.[16]

While the Bloc has not made Yemen a priority issue, it has nonetheless maintained a principled position on the crisis. There are several instances over the past few years in which Bloc MPs have condemned Saudi Arabia for its disregard for civilian life in Yemen. The Bloc has also repeatedly called for an end to Canadian arms sales to Saudi Arabia.[17]

Like the Bloc Québécois, Elizabeth May and the Greens have not prioritized the Yemen crisis, yet have maintained a principled stance on the matter. May has made numerous statements in support of Yemeni human rights. On more than one occasion, she has also criticized Canadian military exports to Saudi Arabia in the House of Commons. Indeed, the party has long called for an arms embargo on Saudi Arabia over the deteriorating situation in Yemen.[18]