CJPME Factsheet 33, published February, 2008: Canadian Forces Major Paeta Hess-Von Krudener – stationed as a United Nations peacekeeper in Lebanon – was killed on July 25, 2006 when the Israeli Air Force dropped a bomb on his UN post.  Since the time of the incident, the Israeli government has claimed its attack on the UN post was an accident.  Canada issued the results of its inquiry into the incident on Feb. 1, 2008.  Unfortunately, this claim of the Israelis rings hollow in light of the specifics of the incident.

Factsheet Series No. 33, created: February 2008, Canadians for Justice and Peace in the Middle East
View factsheet in PDF format 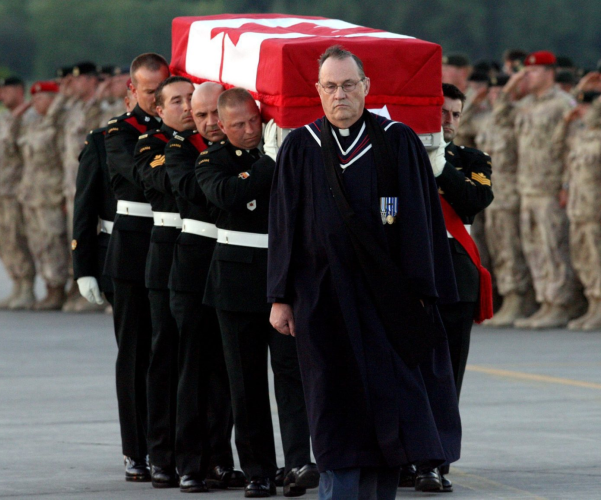 Canadian Forces Major Paeta Hess-Von Krudener – stationed as a United Nations peacekeeper in Lebanon – was killed on July 25, 2006 when the Israeli Air Force dropped a bomb on his UN post.  Since the time of the incident, the Israeli government has claimed its attack on the UN post was an accident.  Canada issued the results of its inquiry into the incident on Feb. 1, 2008.  Unfortunately, this claim of the Israelis rings hollow in light of the specifics of the incident.

What did the Canadian inquiry into the incident reveal?

The Canadian Board of Inquiry (BOI) concluded that the incident which killed Hess-Von Krudener was “tragic and preventable,” and that “the IDF [i.e. Israeli Army] is responsible for the death of Major Hess-Von Krudener.” [1]  This conclusion was based on an analysis by the BOI of UN and IDF protocols in place at the time of the incident.  (It is important to note that Israel refused to honour the Canadian BOI’s requests for access to IDF personnel and information related to the incident. [2])

UN peacekeeping operations in southern Lebanon have long-established communications links with the IDF – links that were frequently used as Israel advanced its war operations in southern Lebanon in the days leading up to July 25th.  Peacekeepers systematically reported all incidents of the IDF firing close to their positions, and the UN commanders were frequently required to protest such attacks, and demand that they be called off.  On the day that Hess-Von Krudener was killed, three distinct waves of Israeli attacks involving both artillery and bombs converged on his UN bunker (starting at 12h11, at 14h18, and at 18h29), and all three triggered formal communications of protests from the UN in Lebanon to the IDF.3

The final wave of attacks – starting at 18h29 – was so intense that the UN command initiated explicit communications with the Israelis at multiple levels of command (e.g. “you are killing my people”), and made plans to evacuate the UN peacekeepers at the post.  Nevertheless, the post was destroyed around 19h30 when the Israeli Air Force dropped a massive bomb on the site.  This final attack occurred approximately 40 minutes after protests for the 18h29 attack had been lodged with the IDF. [3]

Why is it difficult to believe the attack was an Israeli accident?

The IDF has admitted to destroying the UN bunker that sheltered Hess-Von Krudener, but its explanations of the incident as an accident are highly unconvincing:


Why might Israel have deliberately targeted the UN bunker?

While faulting the IDF for the incident overall, the Canadian BOI does not speculate as to how the IDF allowed the attack to occur.  Rather, the BOI accepted Israel’s explanation that the incident was the result of an Israeli “operational error.”  Assuming Israeli “good will,” the BOI claims that the facts support this finding.  As “facts,” the BOI report cites [6]:

Cynthia Hess-Von Krudener, widow of the dead Canadian peacekeeper asserts that Israel intended to destroy the bunker.  She says that in the days prior to his death, her husband emailed her with concerns about Israeli bombing of Lebanese schools and hospitals.  One of his emails speaks about Israel waging “a campaign of terror against the Lebanese people.”  Ms. Hess-Von Krudener believes that Israel destroyed the UN post to silence the reports of the peacekeepers: “Obviously they [the Israelis] were unhappy with what they [the peacekeepers] were observing.  Maybe that post was in the way as well.  I know my husband was reporting war crimes.  And I guess [the Israelis] don’t want to deal with that.” [8]

What might Canada do to secure peacekeepers against Israel?

Canada’s BOI made 13 operational recommendations stemming from the incident which killed Hess-Von Krudener.  Only one item applies to Israel, with recommendations to improve the liaison network, and to strengthen the reliability of the multi-cultural and multi-lingual channels used in the network.  Canada must push for verifiable implementation of these recommendations.

Ms. Hess-Von Krudener believes that Canada should do much more to hold Israel accountable for its attack on the UN post.  She wants Canada to protest Israel’s refusal to cooperate in the Canadian inquiry.  In a statement in early February, 2008, Ms. Hess-Von Krudener argues that Israel lost “the privilege of secrecy” when their actions led to the targeting of a UN peacekeeping post. [9]  Indeed, as a purported ally to Canada, Israel should presumably seek full disclosure in order to reassure Canadian concerns for the peacekeeping community.  (Compare Israel’s lack of disclosure in this incident to the openness of US proceedings following the death of four Canadians by American fire in Afghanistan in 2002.)

As of early February, 2008, the Israeli ambassador to Canada, Alan Baker, stated that there was no high-level push for Israeli accountability on the incident from Canada. [10]

[6]  “Board of Inquiry Minutes of Proceedings,” Canadian Expeditionary Force Command / Canadian Forces, p. 21.  Note that under customary law, attacks against peacekeepers is prohibited, and constitutes a war crime.