CJPME Factsheet 41, published June 2008: With much fanfare in August, 2005, Israel “disengaged” from Gaza, pulling out about 8000 Israeli colonists that had been illegally planted there, and vacating the military installations which had been established for decades.  Even before the Israeli-Gaza violence which reigned through 2006-2008, there were individuals who questioned the legal status of Gaza.  What is the legal status of Gaza – occupied or independent – and what are the responsibilities of Israel towards the civilian population of Gaza?

Factsheet Series No. 41, created: June 2008, Canadians for Justice and Peace in the Middle East
View factsheet in PDF format 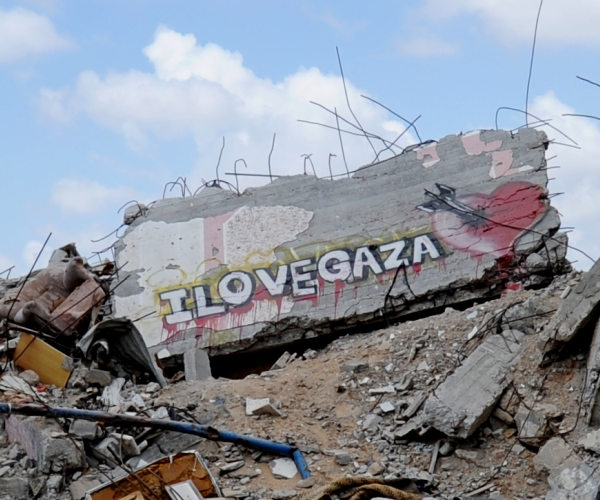 With much fanfare in August, 2005, Israel “disengaged” from Gaza, pulling out about 8000 Israeli colonists that had been illegally planted there, and vacating the military installations which had been established for decades.  Even before the Israeli-Gaza violence which reigned through 2006-2008, there were individuals who questioned the legal status of Gaza.  What is the legal status of Gaza – occupied or independent – and what are the responsibilities of Israel towards the civilian population of Gaza?

What international law applies in times of occupation?

How does one determine whether Gaza is occupied?

The Hague Regulations and the Fourth Geneva convention provide separate, but interrelated criteria to determine whether a territory is occupied.  According to the 1907 Hague Regulations (Hague IV, Art. 42), “Territory is considered occupied when it is actually placed under the authority of the hostile army.  The occupation applies only to the territory where such authority is established, and in a position to assert itself.”  This stipulation is considered by legal experts to be the test of “effective control.” [ii]  Thus, the Hague Regulations would apply as long as the occupying power exercises effective control over the territory.  Effective control would thus be reflected by a progressive scale of military activity, considering such factors like whether the occupier “controls all access to a territory, dictates events within that territory, and reserves the right to intervene militarily.” [iii]

Thus, under the terms of the Hague Regulations, there is no question that Israel is still an occupying power as it continues to exercise effective control: Israel controls the borders and access into and out of Gaza, including the sea and air space; Israel has also reserved (and has exercised) the right to intervene militarily in Gaza even after its disengagement; and Israel continues to control Gaza’s infrastructure (water and electricity, fuel, imports/exports, radio and TV frequencies, etc.) [iv]  Israel is thus bound by the responsibilities of an occupying power under the Hague Regulations.

For its part, the Fourth Geneva Convention offers two possible criteria by which to determine whether a territory is considered militarily occupied.  The first is related to the “close of military operations”: “In the case of occupied territory, the application of the present Convention shall cease one year after the general close of military operations;” [v]  The second relates to the exercise of government in the territory in question: “the Occupying Power shall be bound, for the duration of the occupation, to the extent that such Power exercises the functions of government in such territory.”5

Thus, for the Fourth Geneva Convention, given Israel’s record from “disengagement” through 2008, there is certainly no question that Israel continues military operations in Gaza.  These military operations are multi-faceted, and have included ground invasions, airstrikes by manned and unmanned craft, and artillery strikes, among others.  Some legal experts also maintain that Israel can reasonably be viewed as exercising key functions of government too, given its control of borders, trade, water, fuel and electricity.[vi]

Do these laws apply if Gaza is a “Hostile Entity” toward Israel?

On September 19, 2007, Israel declared Gaza a “hostile entity,” i.e. an entity at war with the state of Israel.  Apologists for Israel asserted that this new designation gives Israel greater legal freedom to act militarily in Gaza.  This is not true.  The instruments of international law discussed above – the Hague Regulations and the Fourth Geneva Convention – apply during times of occupation and war.  Thus, the same protections provided to civilians during times of occupation also apply to civilians under times of war: e.g. protection against collective punishment; protection of civilian infrastructure; protection of access to public health services and public education; etc.  Naturally, of course, under the afore-mentioned conventions, Israel’s designation of Gaza as a “hostile entity” does not give it the legal right to impose punitive measures on Gaza either, such as those observed in late 2007 and early 2008: e.g. restrictions of supplies of electricity, fuel, imports/exports, etc.

Has Israel disputed the applicability of international law in the past?

As another example, in 2004, Israel tried to argue that the International Court of Justice (ICJ) could not rule on the legality of the Wall that it was building.  It contended that 1) the ICJ could only make a ruling between to “state actors” – i.e. recognized states – and 2) the UN General Assembly did not have the authority to request a decision by the ICJ.  In both cases, the ICJ itself disagreed, and ultimately delivered a scathing decision against Israel’s Wall and its supporting regime of occupation.  Subsequently, Israel refused to abide by the ICJ decision, and the UN General Assembly vote which called for Israel to implement the recommendations specified in the ICJ decision.

Why do we speak of international law as a “normative system”?

International law which is designed to protect civilians in times of conflict is called “international humanitarian law” (IHL.)  International law – including IHL – is a normative system. [vii]  That is, it must be interpreted in light of its intended purpose – the intended norm underlying the law itself.  For example, if the norm of IHL is to protect civilians during times of war and occupation, state actors should not look for some loophole with the intent of dismissing the applicability of law.  Rather, understanding that the intent of IHL is the protection of civilians, they should do everything in their power to, in fact, protect civilians.  Thus, the international community is right to be outraged when Israel and other state actors seek to excuse violence against civilians, looking for specious legal technicalities to reject wholesale the applicability of an instrument of IHL (e.g. the Fourth Geneva Convention.)  Canada and other like-minded nations must ensure that the norms – not to mention the precepts – of international law are protected and upheld.

[ii]  “IHL Implications of an Israeli Withdrawal from Gaza,” The Program on Humanitarian Policy and Conflict Research at HarvardUniversity, May 2004, p. 5

[iv]  Note that a 2001 Report by the Inquiry Commission of the UN Human Rights Commission stated: “The test for the application of the legal regime of occupation is not whether the Occupying Power fails to exercise effective control over the territory, but whether it has the ability to exercise such control.”  Thus, even if Israel were to be less involved in Gaza than at present, the fact that it reserves the right to exercise effective control continues to make it responsible under the law of occupation.

[vi]  “IHL Implications of an Israeli Withdrawal from Gaza,” p. 10

[vii]  Higgins, Rosalyn, “Problems and Processes; International Law and How We Use It,” Oxford University Press, 2000