CJPME Factsheet 46, published November 2008: Modern day Iraq is divided along religious and ethnic lines. Northern Iraq is dominated by Kurds while the rest of Iraq is composed largely of Arabs, though Iraq also contains small communities of Assyrians, Turkmen, Persians, Armenians and Marsh Arabs. This factsheets provides an overview of Iraq’s struggle with its National Identity.

Challenges to a National Identity in Iraq

Factsheet Series No. 46, created: November 2008, Canadians for Justice and Peace in the Middle East
View factsheet in PDF format 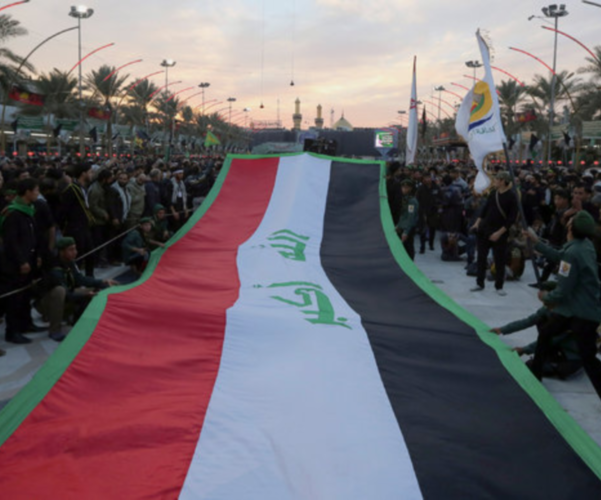 How were the current borders of Iraq established?

For most of Ottoman rule, Baghdad had served as the administrative seat for the three provinces of Mosul, Baghdad and Basra. Thus, modern Iraq was created by the British after the fall of the Ottoman Empire by the amalgamation of theses three provinces into a unified state. In 1921, the English brought in Faisal Ali el-Hashemi of Saudi Arabia to become King of Iraq in order to quell an Arab insurrection against British rule, though real power remained in their hands. The foreign rulers appointed Sunni elite to the offices of government and ministries. The question of the northern, Kurdish part of Iraq also claimed by Turkey was settled in 1925 with the British ensuring that it remain under their control. Iraq gained its independence as a kingdom in 1932. “A ‘republic’ was proclaimed in 1958, but in actuality a series of military strongmen ruled the country until 2003.”[ii]

What are the major groups within Iraq?

Modern day Iraq is divided along religious and ethnic lines. Northern Iraq is dominated by Kurds while the rest of Iraq is composed largely of Arabs, though Iraq also contains small communities of Assyrians, Turkmen, Persians, Armenians and Marsh Arabs. The main religion of Iraq is Islam (97%) with Shia 60%-65% (concentrated in the southeast of Iraq), Sunni 32%-37% and Christian or other 3%.[iii]

The Kurds are a largely Sunni ethno-linguistic group inhabiting a region known as Kurdistan which is comprised of adjacent parts of Turkey, Syria, Iraq, and Iran. The Kurds were a largely nomadic people, herding their goat and sheep through the plains and highlands of Mesopotamia. But World War I brought around the dissolution of the Ottoman Empire and the creation of new states. These geopolitical changes restricted the movements of the Kurds as they suddenly found themselves divided and confined by the new borders. With traditional Kurdistan now split between neighbouring countries, a nationalistic Kurdish movement took root but Turkey, Iraq and Iran agreed not to recognize an independent Kurdish state.[iv]

The end of the Ottoman Empire signalled the commencement of British occupation over the territory which constitutes modern-day Iraq. Beginning in 1919, the Kurds, led by Sheikh Mahmud Barzanji, revolted against a British presence in Northern Iraq. The English were concerned that if the Kurds obtained their independence the Arabs of Baghdad and Basra might be encouraged to follow suit. The revolts were violently repressed by British air and ground forces but Kurdish resistance to English rule kept on until Iraq obtained its independence in 1932.

Post-independence, the Kurds continued to fight Arab rule. In fact, armed confrontations and reprisals against Kurdish insurrection permeate modern Iraqi history. In 1970, after a bloody campaign against the Kurds by the Baath government ruling from Baghdad and despite a peace plan providing for greater Kurdish autonomy, the Iraqi government embarked on an Arabization program of the oil-rich areas of Northern Iraq. Military offensives against the Kurds continued over the next two decades during which hundreds of Kurdish villages were burned and hundreds of thousands of Kurds were deported to other parts of Iraq.

Near the end of the Iran-Iraq war Saddam Hussein launched the genocidal al-Anfal Campaign against the Kurds. Over the course of two years (1987-1989) thousands of villages were destroyed, tens of thousands of Kurds were killed and Iraqi forces made widespread use of chemical weapons against their Kurdish foes.

After the First Gulf War the Kurds rose up against Saddam Hussein and parts of Iraqi Kurdistan were protected by a no-fly zone enforced by U.S. and British air power. After 1991 the Iraqi government withdrew its military from the region and imposed an economic blockade on Northern Iraq. The Kurds backed the 2003 American invasion of Iraq and fought alongside American troops.

The Sunni and Shia

The rift between Sunnis and Shias dates back to the death of the Muslim prophet Mohammed and the debate regarding who should succeed him.  The antagonism between the two groups has marked much of Middle Eastern history but has been exacerbated in Iraq by the fact that its Shia majority have been ruled over by a Sunni elite. The Sunni government of Saddam Hussein invaded Shia Iran in 1980 fearing what impact Iran’s Islamic revolution might have on Iraq’s Shia majority and following a long history of border disputes.

After the ousting of Saddam Hussein, elections were held on 30 January, 2005. “The group of parties which received the most votes was the [Shia] United Iraqi Alliance, backed by Iraq's most senior Shia cleric Ayatollah Ali Sistani.”[v] The biggest losers in the elections were the Sunnis with a turnout of only 2%. The Shia coalition also received the most votes in the December 2005 general elections. The current Prime Minister of Iraq is a Shia while the President is a Kurd. This means the reins of power inside Iraq have changed hands from a Sunni minority to Iraq’s long persecuted Kurds and Shias.

Ethnic (Kurd/Arab) and religious (Sunni/Shia) divisions have undermined Iraqi national identity. While the Kurds have fought hard for independence or, at the very least, autonomy from Baghdad, the Shias have reason to resent a history of authoritarian rule by the Sunni minority.

These internal rifts have resulted in external influences also undermining Iraqi identity and sovereignty. Iran and Turkey have both interfered and held influence in Iraq because of the Kurdish situation, and Iran now holds considerably more influence in Iraq since the Shias have obtained proportional representation in the new Iraqi government.

Oil has played a major role in Iraq’s domestic politics as groups have struggled over control of oil-rich regions, e.g. such as Kirkuk, contested by both the Sunni and the Kurds. Iraq has traditionally been seen as a strategic asset by foreign powers due to its oil reserves, believed second only to Saudi Arabia.  As a result, a strong and independently-minded Iraq – like that under Saddam Hussein – did not serve foreign interests.  For example, to the dismay of international oil companies, Hussein nationalized Iraqi oil in the 1970s.  When Saddam Hussein sought to expand Iraq’s economic (oil-based) and regional influence by invading Kuwait in 1990, he was soundly defeated and forced to withdraw by a broad international coalition fearful of an expansionist Iraq.

International and regional players have also traditionally positioned Iraq to act as a buffer against Iranian ambitions in the Middle East – a role which has had tragic consequences for both countries, and been a source of resentment between Iraq and its Arab neighbours (e.g. Kuwait.)

The Second Gulf War in 2003 war toppled the central authority in Baghdad without replacing it with a cohesive alternative. Because of the many underlying tensions, internal divisions soon surfaced and led to fierce clashes and massacres among Iraq’s many socio-ethnic groups, bordering on complete civil war by 2006.  Minority communities in urban centres across Iraqi faced terrible persecution, such that in 2008, a refugee problem 4 million strong had been created: 2 million internally displaced and 2 million displaced to neighbouring countries.

[iv] “Who are the Kurds,” The Washington Post, http://www.washingtonpost.com/wp-srv/inatl/daily/feb99/kurdprofile.htm.