CJPME Factsheet 59, published April, 2009: This factsheet looks into Omar Khadr’ ordeal, from being captured in Afghanistan by American troops in 2002 at the age of fifteen, to his detention at Guantanamo Bay, where he has been held without a trial for nearly seven years. Although Khadr is a Canadian citizen, the Canadian government has refused to seek his extradition or repatriation despite the urgings to do so of Amnesty International and the Canadian Bar Association.

Factsheet Series No. 059, created: April 2009, Canadians for Justice and Peace in the Middle East
View factsheet in PDF format 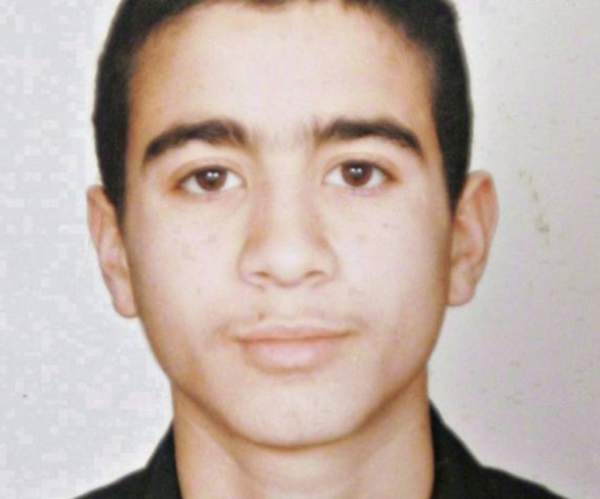 Who is Omar Khadr?

Omar Khadr is a Canadian citizen born September 19, 1986, in Toronto, and captured in Afghanistan by American troops in 2002 at the age of fifteen. He has been held in GuantanamoBay detention camp for nearly seven years without trial while the Canadian government has refused to seek extradition or repatriation despite the urgings to do so of Amnesty International and the Canadian Bar Association. Every other western nation has asked for and obtained the release of their citizens held at the notorious detention center. The Federal Court of Canada has found that Khadr’s treatment violates the United Nations Convention Against Torture, while the Supreme Court of Canada unanimously found that the condition of his detention “constitutes a clear violation of fundamental human rights protected by international law”.[i]

Khadr, as a child, was taken to Afghanistan by his father who had links to al-Qaeda. But as Human Rights Watch points out, “children are uniquely vulnerable to military recruitment because of their emotional and physical immaturity. They are easily manipulated and can be drawn into violence that they are too young to resist or understand.”[ii]

Why was he arrested?

Khadr was captured as a child after American forces accompanied by Afghani militiamen surrounded a compound containing suspected al-Qaeda fighters. In the battle that ensued, grenades were used and the compound was attacked by air support. Khadr was wounded by shrapnel and later shot twice in the back. An American soldier was also killed by a grenade explosion; a death Khadr has subsequently been charged with. However, in February, 2008, the Pentagon accidentally released a document indicating that the only evidence to support the charge was Khadr’s being present at the compound. In fact, the military commander’s official report after the firefight stated that the person who had thrown the grenade had been killed.[iii]

Where was he taken?

The injured Canadian was taken to the notorious Bagram Air Base for medical attention and interrogation. Khadr was subjected to harsh interrogations, and his chief interrogator, Joshua Claus, later pleaded guilty to abusing detainees.[iv] BagramTheater Internment Facility was also the site of a torture and prisoner abuse scandal in which two unarmed civilian Afghani prisoners were beaten to death by U.S. forces the same year Khadr was held at the facility.

Khadr was transferred to GuantanamoBay on October 28, 2002. One of the captives moved to the detention center with him was U.K. citizen Richard Belmar, who, like the other 9 British detainees held at GuantanamoBay, was eventually repatriated to the U.K. and released.

Since his incarceration at GuantanamoBay, Omar Khadr has been beaten, threatened with torture, threatened with rape, put in solitary confinement, and shackled and bound in uncomfortable stress positions for long stretches of time. Canadian officials went to Guantanamo Bay to participate in the minor’s interrogation while his lawyers, psychologists who evaluated him and other detainees have all expressed deep concern over his deteriorating mental and physical state.[v]

What legal tribunals has Khadr been through?

In September, 2004, Khadr was determined to be an “enemy combatant” at the U.S. Department of Defense “Combatant Status Review Tribunals.” The term, in the context of the War on Terror, refers to people the United States considers as unlawful combatants, thereby seeking to deprive them of their rights protected under the Geneva Conventions. On November 7, 2005, Khadr was charged under the new Guantanamo military commissions with Murder by an Unprivileged Belligerent, Attempted Murder by an Unprivileged Belligerent, Aiding the Enemy and Conspiracy with Usama bin Laden, Ayman al Zawahiri, Sayeed al Masri, and various other members of the al Qaida organization.[vi] However, the tribunals were stopped after the Supreme Court of the United States ruled they violated the Geneva Conventions and the Uniform Code of Military Justice, and the charges against Khadr were dismissed.[vii]

In 2007, Khadr was charged with Murder in Violation of the Law of War, Attempted Murder in Violation of the Law of War, Conspiracy, Providing Material Support for Terrorism and Spying, under the new Military Commissions Act of 2006.[viii] The trial has been marred by disputes regarding the legal process, evidence being withheld from the defense and evidence suggesting Khadr’s innocence being leaked to the press. In May, 2008, the Presiding Officer at the commissions, Peter C. Brownback III, threatened to shut down the tribunal if important evidence were not shared with the defense by the prosecutors. The Pentagon then removed Brownback from the tribunal and replaced him – further calling into question the legitimacy of the proceedings.[ix] The Prosecution has continued to interfere with the defense, and Khadr’s lawyer William C. Kuebler was fired in April, 2009, after having publicly accused his boss, Air Force Col. Peter Masciola, of conflict of interest in Khadr’s case. A military judge, Patrick Parrish, then overruled the Pentagon’s decision to fire Kuebler, whose boss has since argued the judge does not have the power to overrule the firing. The infighting only adds more confusion to the commissions, which have left Omar Khadr in legal limbo while the Obama administration reviews the files of more than 240 detainees held at Guantanamo. Kuebler has been denied access to his client.[x]

What is Canada’s role in Khadr’s detention?

The three main Canadian opposition parties have all criticized the Harper government for failing to insist that Khadr be repatriated to Canada. In 2007, the Canadian Federal Court of Appeal ordered the Canadian government to hand over records related to Khadr to a federal court justice, and the judge stated the government had violated international law. The government appealed to the Supreme Court, which, on May 23, 2008, ruled unanimously that the government had acted illegally, and that it should turn over all documents and transcripts of Khadr’s interrogations.[xi]

The Canadian government’s participation in the interrogation of Omar Khadr and its failure to ask for his repatriation toCanada violated the Canadian Charter of Rights and Freedoms as well as the Geneva Conventions.