CJPME Factsheet 60, published May, 2009: This factsheet looks at arrangements under which American Forces have been operating in Iraq, such as the Status of Forces Agreements (SOFAs), which guarantees a US withdrawal from Iraq by 2011, and sets the legal status of US troops and US contractor, as well as that of detainees. This factsheet also looks at the challenges that lie ahead in a post-SOFA Iraq.

American Forces in Iraq - the Road Ahead

Factsheet Series No. 060, created: May 2009, Canadians for Justice and Peace in the Middle East
View factsheet in PDF format 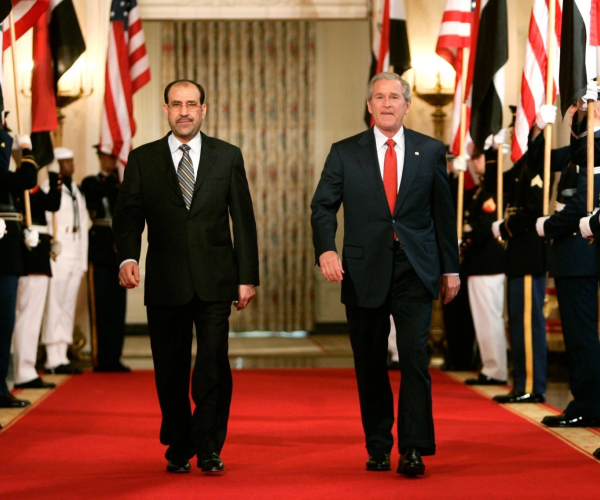 Under what arrangement is the US operating in Iraq?

The US has been operating in Iraq under a United Nations Security Council mandate which has been renewed annually since 2003. However, Iraq’s government requested that the UN mandate not be renewed again after its expiration at the end of 2008. The US and the Iraqi government consequently entered into negotiations to find an agreement which would formalize the economic, legal and security relations of the two nations.[i]

On November 16th, 2008, the Iraqi cabinet approved a security agreement which set a date for a complete US withdrawal by the end of 2011. The pact was subsequently approved by the Iraqi parliament. It also stipulates that American troops will be off Iraqi streets by mid-2009.[ii]

What does the agreement entail?

Status of Forces Agreements (SOFAs) “define the legal status of U.S. personnel and property in the territory of another nation. The purpose of such an agreement is to set forth rights and responsibilities between the United States and the host government on such matters as criminal and civil jurisdiction, the wearing of the uniform, the carrying of arms, tax and customs relief, entry and exit of personnel and property, and resolving damage claims.”[iii] There were concessions on both sides for an agreement to finally be reached. Some of the important negotiating points were the following:

There were concerns that the deal would not be backed by the Sunnis in parliament and that it would therefore lack a sense of national consensus. The Sunnis tried but failed to get concessions regarding the special tribunal which deals with crimes committed under Saddam Hussein, and laws against former members of Saddam’s Baath party, which were all Sunnis.[viii] However, in exchange for their support, Sunni legislators negotiated for the agreement to be put to the Iraqi people in a referendum. It will be held in July, 2009.

Shitte followers of cleric Muqtada al-Sadr opposed the deal, demanding that Americans leave the country immediately. Despite their attempts at disruption the pact passed with 149 of the 198 members of parliament present voting in favour.


What post-SOFA challenges lie ahead?

The first challenge for Prime Minister Nouri Al-Maliki will be convincing the public to approve the SOFA in the July referendum. Suadad Al-Salhy, an Iraqi reporter working for the New York Times, found that most Iraqi MPs were not even aware of what was contained in the agreements before voting for them.[ix] The government-run newspaper Al-Sabah, revealed on November 23, 2008, that 46% of Iraqis were in favour of the agreements, 34.5% were against, and 19.4% were undecided.[x] It is hard to gage whether most Iraqis were aware of what the agreements were, or if they were only in favour of an American withdrawl.

But while the Americans tout the success of the so-called “Surge,” it is difficult to predict exactly what will happen when the Americans leave. The sectarian violence that preceded the surge largely resulted in ethnic segregation between neighbourhoods so that Sunnis and Shias now often live in separate areas, sometimes even surrounded by concrete blast walls, and many refugees still refuse to return home. Checkpoints are set up throughout Iraq where armed men check identifications. Sunnis and Shias have become separated, and this may be one explanation behind the decrease in violence.

The Shia, the majority group in Iraq, has effectively taken control of the government. The Sunni, the traditional ruling class, are now in a weaker position. If the Americans leave, the situation could easily deteriorate into sectarian violence as Sunnis try to regain more power in government or the Shia attempt to marginalize them or eliminate them altogether.

In the meantime, American Special Forces can still obtain clearance to operate outside the SOFA. Conventional American forces can also violate the terms of the SOFA because there is no enforcement mechanism to hold them accountable.[xi]

The Unites States has opened one of its largest and most expensive embassies ever in Baghdad. The embassy will house 1,200 employees.[xii] Little is known about the massive compound and even after troops withdraw it could be perceived as a “spy den,” as was the American embassy inTehran after the Islamic Revolution. Iraqis may view the presence of the compound as a continuation of American imperialism in their country. All in all, stability and true sovereignty are far from assured in next few years.