CJPME Factsheet 71, published November, 2009: This factsheet looks at the Independent Fact Finding Committee on Gaza headed by John Dugard of South Africa.  The report was commissioned by the Arab League following Israel’s war on Gaza from December 27th 2008 to 18 January 18th 2009.

Factsheet Series No. 071, created: November 2009, Canadians for Justice and Peace in the Middle East
View factsheet in PDF format 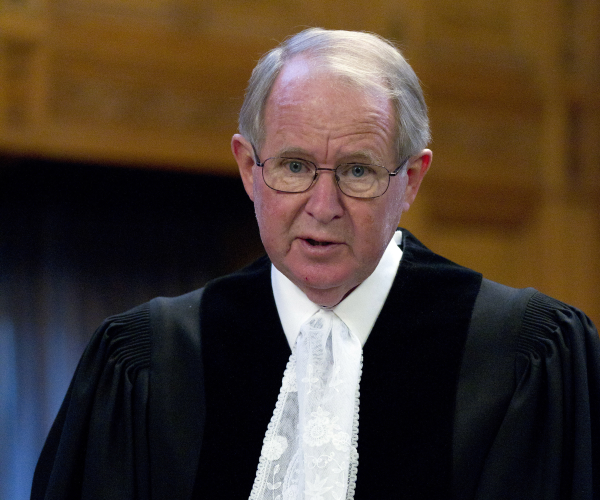 Headed by John Dugard of South Africa, the Independent Fact Finding Committee on Gaza presented its results to the League of Arab States in February 2009.  International in its membership, the Committee met with witnesses and victims in Gaza from 22 to 27 February 2009, visiting GazaCity, Rafah, Juhor Al-Dik, Beit Lahiyeh, Zeitoun and Al-Atra.

What was John Dugard’s mandate in preparing this inquiry?

The Committee’s purpose was to investigate and report on violations of human rights and international humanitarian law during the Israeli military offensive Operation Cast Lead, from December 27 2008 to January 18 2009. It also collected information on the responsibility for commission of these crimes.

What were John Dugard’s qualifications to lead this inquiry?

John Dugard was a professor of law at the University of the Witwatersrand, Johannesburg for 30 years. Active in the struggle against apartheid, he participated in drafting of the 1996 South African Constitution. He was a member of the United Nations International Law Commission and a judge on the International Court of Justice. In 2001, he chaired the Human Rights Inquiry Commission investigating violations of human rights and humanitarian law in the occupied Palestinian territory.

What were Dugard’s unique findings regarding operation Cast Lead

From a humanitarian perspective, the Committee found that Gazans were terrorized by the 22-day assault; IDF pamphlets warning them to evacuate areas, were confusing, resulting in further panic. At the height of the assault, 800,000 people were without running water or proper sewage control. At least 2.2 million liters of raw sewage leaked out of Gaza sewers damaged by shelling, affecting 91, 727 people including 51, 367 children.[3] There was widespread destruction of sewage treatment plants, pipelines, and domestic sanitation. One targeted sewage treatment plant released sewage on nearby agricultural land rendering it unusable.

The Committee reported shelling of hospitals. When, for example, the Al-Quds hospital was hit on January 15 all patients had to be evacuated to other already overcrowded facilities. The 5 000 injured far outstripped the 2 000 beds available, so damage to hospitals made an untenable situation worse. There were numerous reports of ambulances being fired upon, obstructed in their journeys to hospitals and destroyed outright. The IDF should have allowed medical crews access to the wounded and deceased and free passage to hospitals.

The IDF did not distinguish between civilians, their property and military targets during Cast Lead. Death and property damage were disproportionate to anything suffered by Israel. Unlike Israeli civilians, Palestinians living in Gaza were unable to flee military assaults. IDF soldiers’ recounted instances where they fired upon homes and individuals on the assumption that they were eliminating terrorists, regardless of evidence one way or the other, and fired missiles into the corners of houses to encourage families to flee prior soldiers’ entry.

As to the matter of human shields, the Committee acknowledged that IDF directly and Hamas by firing from within populated areas, indirectly may have used civilians as human shields during Cast Lead, though it lacked access to witnesses of this. However, it added that since most of Gaza is within a civilian area, it was inevitable that rockets would fired from within populated zones. Regarding Israel’s claim that Gazan buildings were used to store munitions and fighters, the Committee found no credible evidence that might justify the level of killing and destruction brought upon civilians.

What conclusions did Dugard’s Committee reach?

The Committee concluded that IDF committed the war crime of indiscriminate and disproportionate attacks on civilians. Hamas militants who fired rockets at Israeli civilians were similarly guilty as well as responsible for wounding and terrorizing civilians. The IDF was responsible for the war crime of killing, wounding and terrorizing civilians based on the number and manner of deaths as well as “wanton destruction of property” not justifiable by any military objective.  IDF shelling of hospitals and ambulances as well as obstructing evacuation of the wounded, in the Committee’s view also constituted a war crime. It found that, in view of IDF’s offensive against a civilian population, this met the legal requirements for a crime against humanity.[4]

The Committee also found that Israel met the requirements of the Genocide Convention for committing the act of genocide if not the actual intent of doing so. This was based on IDF’ responsibility for “…killing, exterminating and causing serious bodily harm to a group” [5]   Individual soldiers may have had such an intent to commit genocide and might be prosecuted as such.

The Committee recommended that the League of Arab States request the UN Security Council refer its findings to the Prosecutor of the International Criminal Court under Article 13 of the Rome Statute. [6] It suggested that the League ask the Swiss Government to convene a meeting of parties to the Fourth Geneva Convention to consider this report, and investigate and prosecute those who have committed grave breaches of the convention. It recommended also that League members consider legal proceedings against Israel regarding prevention and punishment of genocide and encourage compensation claims against Israel.

Finally, the Committee recommended that the League of Arab States support negotiations between Hamas and Fatah to improve the welfare of the people of Gaza, and to document breaches of international law with respect to Palestinians.

[6] “Rome Statute of the International Criminal Court, Article 13 b