CJPME Factsheet 74, published February, 2010: This factsheet looks at the controversial move by the Harper government to defund KAIROS, the Canadian Ecumenical Justice Initiatives, non-governmental organization (NGO.) KAIROS has strong ties with many mainline Canadian churches and a long and reputable history of assistance and development work – both in Canada and overseas.

The defunding of KAIROS by the Harper government

Factsheet Series No. 074, created: February 2010, Canadians for Justice and Peace in the Middle East 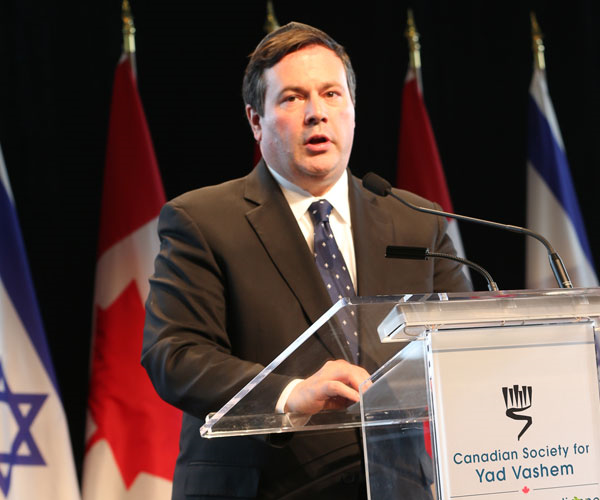 KAIROS is a Canadian non-governmental organization (NGO) with strong ties with many mainline Canadian churches and a long and reputable history of assistance and development work – both in Canada and overseas.  KAIROS’ full name is “KAIROS Canadian Ecumenical Justice Initiatives” and it describes itself as “a web of people and partnerships dedicated to a faithful and decisive response to God’s call for respect for the earth and justice for its people.” [i]  KAIROS has advocacy, education and research programs in many spheres, including ecological justice, economic justice, energy and extraction, human rights, just and sustainable livelihoods, and indigenous peoples.

How did the Harper government’s support for KAIROS change?

KAIROS’ budget in 2008 was $4 million, with 39 percent of that provided by the Canadian International Development Agency (CIDA.)  The rest of KAIROS’ revenue comes from other sources, including member churches, other Christian organizations, grants, and private donations. [ii]

In March, 2009, KAIROS submitted a four-year funding request to CIDA for 2009-2013 – the request asked for $7 million from the government.  KAIROS designed its request to align with two priority sectors announced by CIDA: promoting good governance and advancing ecological sustainability.  For four months, the funding request moved rapidly through CIDA, obtaining approval at every level until it arrived in July at the desk of Bev Oda, Minister of International Cooperation responsible for CIDA.  The funding request remained on Ms. Oda’s desk for five months, until the final day of KAIROS’ previous contribution agreement with the government.  On Nov. 30th, KAIROS received a call from CIDA saying that its request would not be approved.  KAIROS says that it was given no reason for the rejection, other than a vague claim that the funding request didn’t fit CIDA priorities.  At the writing of this factsheet, KAIROS has not yet received a written explanation for the denial of funding.  This decision ended a 35-year cooperation between the Canadian government and KAIROS and its predecessor organizations. [iii]

How can the government’s defunding of KAIROS be explained?

As mentioned above, Minister Oda has asserted that KAIROS’ proposal did not align with CIDA’s priorities.  Nevertheless, KAIROS’ funding request received rapid approval at all lower levels of review – presumably applying the agency’s priority criteria. [iv]  In addition, KAIROS had a history of glowing program evaluations from CIDA. [v]  A more telling explanation of the cuts may come from comments made by Jason Kenney, Minister of Immigration and Citizenship, during an address to the Global Forum to Counter Anti-Semitism in Jerusalem on December 16, 2009. In that address, Kenney said:

We have articulated and implemented a zero tolerance approach to anti-Semitism. What does this mean? It means that we eliminated the government funding relationship with organizations like for example, the Canadian Arab Federation, whose leadership apologized for terrorism or extremism, or who promote hatred, in particular anti-Semitism.

We have ended government contact with like-minded organizations like the Canadian Islamic Congress, whose President notoriously said that all Israelis over the age of 18 are legitimate targets for assassination. We have defunded organizations, most recently like KAIROS, who are taking a leadership role in the boycott.  And we're receiving a lot of criticism for these decisions. I can't recall how many times I've been sued for some of the decisions that we have taken, but we believe that we've done these things for the right reasons and we stand by these decisions. [vi]

Thus, Kenney described his government’s activities against anti-Semitism in Canada, and cited the defunding of KAIROS as an example.

How does the government explain its accusation of anti-Semitism?

While Kenney has tried to backtrack from his statements on Dec. 16th (above), the speech was nonetheless delivered at a conference on anti-Semitism, and Kenney was, in fact, decrying the alleged growth of anti-Semitism in Canada.  In a letter to the Toronto Star published on Dec. 24th, Minister Kenney wrote, “I did not accuse KAIROS of being anti-Semitic. What I said was that KAIROS has taken ‘a leadership role in the boycott, divestment and sanctions campaign (against Israel).’”  Kenney continued, saying that he “disagree[d] with the nature of KAIROS's militant stance toward the Jewish homeland…”[vii]

In fact, KAIROS has not been involved with the international boycott, divestment and sanctions (BDS) campaign that has gained traction in Canada and elsewhere in the West.  In a 2007 vote among its board members representing its member churches, KAIROS decided against “advocating sanctions against Israel or a boycott of products from Israel.” [viii]  Many believe that the government mistakenly confused KAIROS (the Canadian NGO) with a document released by a group of Palestinian Christians entitled “The Kairos Palestine Document,” which advocated the implementation of “a system of economic sanctions and boycott to be applied against Israel.”

Regarding Israel-Palestine, KAIROS points to a public statement it adopted in 2002 (available on its Website) which asserts the privileges and responsibilities of both the Palestinians and Israel.  The statement aligns with international law, and the UN resolutions relating to Israel-Palestine: positions also asserted on the Website of Canada’s Department of Foreign Affairs and International Trade. [ix]

Mary Corkery, Executive Director of KAIROS pointed out the alarming implications of Kenney’s statements in a KAIROS press statement:

Minister Kenney’s statement, in a highly charged environment, raises very disturbing questions about the integrity of Canadian development aid decisions. If aid decisions are based on political rumour rather than on due diligence, development criteria and CIDA’s own evaluation process then this is a matter of grave concern for the entire international development sector -- and for the Canadian people who pay for this aid. [x]

In her conclusion, Corkery asks the disturbing question, “How can they [i.e. Canadian NGOs] possibly trust this decision-making process in the future?” [xi]

If KAIROS supports BDS or Palestinian rights, should this be an issue?

No, it should not be.  Access to government funding or government-controlled resources (e.g. permits, licenses, etc.) cannot legally[xii] be made dependent on alignment with partisan positions advocated by the government.  KAIROS may be able to launch a legal challenge of the government’s decision if it can prove that 1) the decision was indeed partisan in nature, and 2) that its programs indeed aligned with announced government priorities, and that CIDA had indeed judged KAIROS programs to be of the highest quality.

[x] “KAIROS Responds to Accusations of Anti-Semitism and Renews Call for CIDA Funding to Be Restored,” KAIROS Canada Website, Dec. 18, 2002