CJPME Factsheet 80, published May, 2010: This factsheet provides an overview of the Palestinian National Initiative (PNI), a political faction that has emerged as an alternative to Fatah and Hamas, and is gaining support among Palestinian civil society. Unlike the majority of Palestinian political factions, the PNI has no armed wing and practices peaceful resistance to the occupation. This factsheet also looks at the life of Dr. Mustafa Barghouti, a politically active physician and co-founder of several institutions and initiatives, including the PNI.

Factsheet Series No. 080, created: May 2010, Canadians for Justice and Peace in the Middle East
View factsheet in PDF format 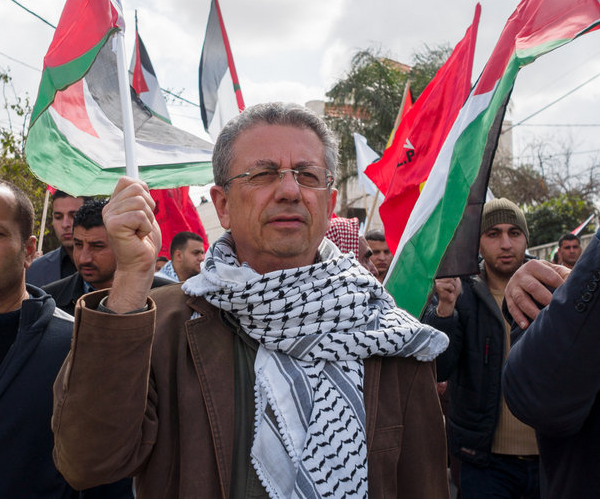 The Palestinian domestic political landscape has been tarnished by partisanship, infighting and corruption.  Yet as with the politics of any nation, there is a spectrum of views and opinions on the domestic agenda, foreign policy, and vision for the future.  Most Western media depict a simplistic choice in the Palestinian political scene between caricatures of a “moderate, pro-Western” Fatah, and caricatures of a “violent, extremist” Hamas.  This skewed two-choice perspective has been reinforced by Israeli and North American political discourse and has become increasingly institutionalized by the functional and political separation of the OccupiedPalestinianTerritories between the West Bank and Gaza.  In fact, Palestinian political discourse is nuanced, dynamic and engaged – a fact illustrated by the emergence of sophisticated political alternatives despite the pressures of the occupation and international patronage.

The creation of the PA resulted in a decline of popular support for the PLO, and the decline of the influence of leftist political elements.  It also coincided with the rise of religious political parties from within a historically secular nationalist polity.  Other developments also led to an increasingly fractured political scene: the demise of the Oslo process, the failure of other peace initiatives, continued entrenchment of the Israeli regime of occupation, the mixed results of the 2nd Intifada, and Israel’s brutal 2008-2009 siege and assault on Gaza.

What is the Palestinian National Initiative?

The Palestinian National Initiative (PNI) published its original manifesto in November, 2000 espousing a non-violent, non-militarized Intifada.  It was established as a formal political group in June, 2002 by prominent Palestinian politicians, activists and academics, including Dr. Mustafa Barghouti, the late Prof. Edward Said, the late Dr. Haidar Abdel Shafi, and Ibrahim Dakkak.  The General Secretary of the PNI as of 2010 is Barghouti.

The PNI has emerged as an alternative to Fatah and Hamas, its platform calls for improved democratic governance within the PA, the establishment of a viable Palestinian state within the pre-1967 internationally recognized borders, the withdrawal of all Israeli occupation forces, and the recognition of the right of all Palestinian refugees to return to their homeland.  Unlike the majority of Palestinian political factions, the PNI has no armed wing and practices peaceful resistance to the occupation – though it recognizes the right to resistance.  The PNI’s professed strategy is to offer a voice to Palestinians who are drawn to neither Fatah nor Hamas.  It also opposes an autocratic PA.  Support for the PNI is strong among unions, women’s movements, and other civil-society groups.

Who is Dr. Mustafa Barghouti?

Dr. Barghouti was born in Jerusalem in 1954 and spent his childhood in Ramallah.  He is a distant cousin of the jailed Fatah leader Marwan Barghouti, and has been active in Palestinian politics and resistance since the 1967 war.  He is a trained physician who studied medicine in Moscow, and practiced medicine in Palestine for 18 years.

In 1979, Dr. Barghouti helped to found and lead the Palestinian Medical Relief Society (PMRS.)  The PMRS has since evolved into one of the largest providers of primary healthcare services throughout the PalestinianTerritory, with a staff consisting of 380 health professionals and 38,000 volunteers. It currently works in 495 Palestinian cities, villages and refugee camps, providing a broad range of health services to 1.3 million Palestinians each year.

In 1989, Dr. Barghouti also helped to found the Health, Development Information and Policy Institute (HDIP.)  HDIP is a policy think-tank and a leader in the field of health and public policy research. In addition to its other functions, HDIP houses the Palestine Monitor, a well-known source of information and resources on the sad realities imposed through the Israeli occupation of the Palestinian territories.

Dr. Barghouti was active in Palestine during the first Intifada and was a delegate at the 1991 Madrid conference, which grew out of the widespread resistance to the occupation.  He is an outspoken critic of the bargaining positions and concessions made during the Oslo process.

Dr. Barghouti espouses a form of non-violent resistance to the Israeli occupation and has been  receiving increasing attention from the international press and Western politicians.  He has been repeatedly jailed by Israeli forces and arrested by Israeli intelligence services for his political activities.  In 2002, Dr. Barghouthi helped to found Al Mubadara (the PNI.)  During the 2005 Palestinian national elections, Dr. Barghouti earned just under 20 percent of the popular vote, second to Mahmoud Abbas’s 60 percent and well above the combined support for all other candidates.