CJPME Factsheet 95, published August, 2010: This factsheet provides an overview of the political characteristics of Saudi Arabia, starting by looking at its type of government (a monarchy), how Islamic fundamentalism is manifested in the country, the role Saudi has played in the Israel-Palestine conflict, its attitude towards Iraq and Iran, and its relationship with the United States.

The Political basics of Saudi Arabia

Factsheet Series No. 095, created: August 2010, Canadians for Justice and Peace in the Middle East
View factsheet in PDF format 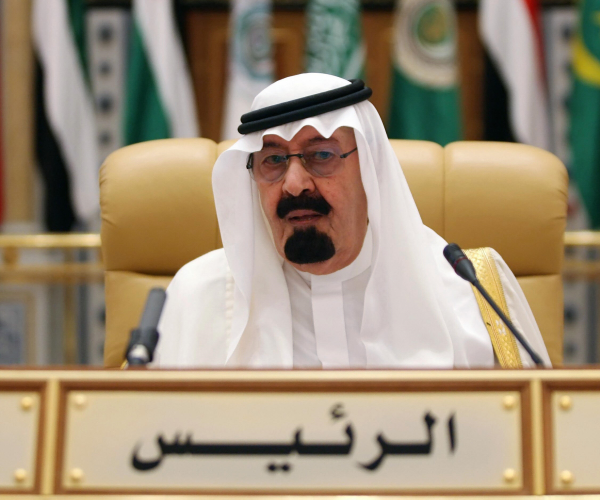 What type of government does Saudi Arabia have?

Saudi Arabia is a monarchy.  The modern Saudi state was founded in 1932 by Abd Al-Aziz bin Abd al-Rahman Al Saud, and is ruled today by his son, Abdallah bin Abd al-Aziz. King Abdallah has continued cautious political reform and held elections nationwide from Feb. through April 2005 for half the members of the 179 municipal councils. He appointed the remaining members, leaving more moderates in ministerial and judicial positions. Saudi Arabia has made some progress in terms of political reform, for example in Feb. 2009 Saudi Arabia’s first woman was appointed to the cabinet, but meaningful political and social reform remains a long way away.

How is Islamic fundamentalism manifested in Saudi Arabia?

Saudi Arabia is the birthplace of Islam and home to its two holiest sites, Mecca and Medina.    The continued presence of American troops in Saudi Arabia—home of Mecca and Medina—after the Gulf War was a source of anger within the Saudi public and was cited as a serious provocation by Islamist extremists, including Al Qaeda leader Osama Bin Laden.[1]  U.S. military personnel in Saudi Arabia were attacked in two terrorist bombings in 1995 and 1996, killing 24 and wounding hundreds.

Saudi Arabia is home to Wahhabism, a highly literal and pietistic Islamic conservative movement dating back to the eighteenth century preacher Muhammad ibn Abdel Wahhab. The Saudi state has walked a fine line between satisfying elements of extreme religious conservatism in society and maintaining political power without ceding to the religious establishment. It has done so by giving the clergy power over moral issues while retaining power over political issues.[2]

The Saudi regime publicly supported certain jihadist causes in the past, such as sending fighters and arms to Afghanistan in the 1980s, but has actively combated Al Qaeda’s jihadist ideology. The threat Al Qaeda poses to the kingdom was made especially clear after the group launched deadly bombings inside Saudi Arabia in 2003.

What role has Saudi Arabia played in the Israel-Palestine conflict?

Saudi Arabia has always supported Palestinian rights to statehood and has consistently called for an Israeli withdrawal from the Palestinian territories occupied by Israel in 1967. Saudi Arabia has not played a major military role in the Arab-Israeli wars: only a limited number of troops participated in the 1948 war, and Saudi Arabia did not participate in any of the subsequent wars (e.g. 1967, 1973, etc.)  Nevertheless, following the 1967 war, Saudi Arabia provided annual subsidies to Egypt, Jordan and Syria to support their war-strained economies.[3] During the 1973 Arab-Israeli war, Saudi Arabia participated in the influential oil embargo against the United States in response to U.S. military support to Israel during the war.  Saudi Arabia, like most other Arab states, condemned Egypt for signing the 1978 peace treaty with Israel.

In 2002 the Arab League adopted the Saudi-proposed Arab peace initiative which offered Israel full recognition and normalization of relations if it withdraws to 1967 borders, finds a just resolution to the Palestinian refugee crisis, and accepts the establishment of a sovereign Palestinian state.[4] This offer was reaffirmed by the Arab League again in 2007, but neither Israel nor the US gave the offer serious attention.[5]

What has been Saudi Arabia’s attitude towards Iraq and Iran?

Saudi Arabia and Iran are separated only by the Persian Gulf, and both aspire to be regional powers.  There is also a Sunni-Shite tension between the two countries: Saudi Arabia is a Sunni Muslim country, while Iran is predominantly Shiite.  Saudi Arabia is concerned with Iranian influence in the Persian Gulf region – especially Iraq.  Saudi Arabia’s current concern for Iraq is two-fold.  First, the American invasion of Iraq created instability there, and many regional players wonder what will happen in Iraq with the departure of American forces.  Second, Iraq has a Shite majority which only recently gained political power through elections under the American occupation.  Saudi Arabia is fearful of the potential influence that Shite Iran may have over the new Shite political players in Iraq.  The current tension is long-standing: during the Iran-Iraq war (1980-1988) Saudi Arabia supported Iraq financially.[7]Iraq at the time was ruled by its Sunni minority and Saudi Arabia feared what influence Iran would have over Iraq’s Shiites if Iraq lost the war. Saudi Arabia viewed revolutionary Iran as a security threat to its interests in the region. King Fahd of Saudi Arabia played a major role in bringing about the 1988 cease-fire.

In 2007, in an outwardly positive step, Iranian President Mahmoud Ahmadinejad visited Saudi Arabia to hold talks on regional issues.[8] Saudi Arabia has expressed concern with the prospect of Iran obtaining nuclear weapons, but does not support military action against it.[9]

The United States has seen Saudi Arabia as an ally in the region from the 1950s onward. Despite differences over the Arab-Israeli conflict, American administrations in the context of the Cold War saw Saudi Arabia as a bulwark against other nationalist and socialist governments and the spread of communism.[10] The Iranian revolution (1979) and the Soviet invasion of Afghanistan (1979) provided the backdrop for a decade of collaborative foreign policy efforts. During the First Gulf War (1990), Saudi Arabia hosted U.S. troops and military equipment.

With the end of the Cold War, Saudi-U.S. relations remained strong due to shared interests in maintaining the political status quo in the Persian Gulf, and maintaining the flow of Saudi oil to international markets.

The most serious challenge to Saudi-U.S. relations came with the 9/11 terrorist attacks, with the direct participation of 15 Saudi nationals. Thousands of U.S. troops were withdrawn from Saudi Arabia in 2003, partly as an attempt to appease Islamist concerns about foreign armies in Saudi Arabia.[11] Despite continued concerns over terrorist funding coming out of Saudi Arabia, Saudi-U.S. security relations have remained strong, and the two countries have signed agreements to strengthen bilateral relations in key areas such as civil nuclear cooperation, enhanced security arrangements, and reciprocal visa polices.[12]

[2] “Orthodoxy and Radicalism in Saudi Arabia.” Center for Strategic and International Studies. March 3, 2008.

[5] For more on the Saudi Peace Plan see CJPME factsheet No. 27.