CJPME Factsheet 107, published December, 2010: In June 2010, following intense international pressure, Israel announced measures to ease its illegal blockade of the Gaza Strip. Unfortunately, the resulting “loosening” has changed very little for Gazans. Today, according to international monitors, Israel still restricts the entry of many goods into Gaza, such as construction and raw materials, and industrial machinery. Israel also continues to enforce restrictions on the movement of people and exports from the strip. These restrictions perpetuate the ongoing humanitarian crisis.

Did Israel loosen its illegal blockade of Gaza?

Factsheet Series No. 107, created: December 2010, Canadians for Justice and Peace in the Middle East
View factsheet in PDF format 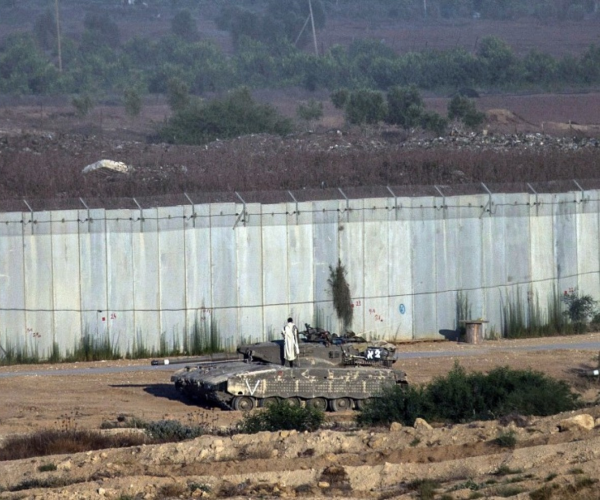 Has Israel truly loosened its blockade of Gaza since June 2010?

Yes and no. Israel has eased restrictions on spices, clothes, cosmetics, refrigerators and other consumer items. This has increased the flow of these items through Israeli-controlled crossings, and reduced their flow through the tunnels under the Egyptian border. As well, construction materials for Israeli-authorized projects is beginning to enter Gaza.  However, as noted in a joint study released Nov. 30, 2010 by 21 key international organizations,[1] Israel continues to maintain the key elements of the illegal blockade in effect since 2007.  Thus, although consumer goods are more accessible than before, Israel continues to deny Gaza the commerce necessary for a true economic and societal recovery.  These restrictions (described in the sections below) perpetuate the ongoing crisis in Gaza, including:[2]

What restrictions on entry of goods remain and what is the impact?

Following the easing, imports of certain goods into Gaza have indeed increased. However, the amounts entering are still only 35 percent of the pre-blockade levels, and are primarily consumer goods (e.g. food).  The published list of prohibited items includes far more items than those recognized by the international community as “dual use” items. And vital water equipment, despite not being on the restricted list, is not being permitted entry. Many essential types of medical equipment, for example radiation machines for cancer treatment, endoscopy and laparoscopy machines for surgery, microscopes and other optical instruments are still blocked.  In addition, fuel for the power plant is still restricted, to 68% of its capacity.

Has Israel expanded crossings operations, as promised in June 2010?

Israel agreed to expand crossings operations and to open more crossings. It agreed to expand the operation of the conveyer belt at the Karni crossing—used for the entry of construction materials, wheat and animal feed—to a weekly total of 360 truckloads. However, the conveyer belt continues to operate at a maximum total of 160 truckloads a week. Moreover, due to frequent mechanical breakdowns, the average number of truckloads is only 137 per week – 38 percent of what was promised and less than the 158 truckloads allowed prior to the “easing.” The number of truckloads entering at the Karem Shalom crossing has more than doubled, but the Sufa and Nahal Oz crossings remain closed.[8]

Has Israel eased restrictions on the movement of people?

No. The number of exit permits approved by Israel is less than 1 percent of the levels in 2000.[9]

Has Israel eased the restrictions on exports from Gaza?

No. Due to its relatively small internal market, Gaza has long been export-dependent. Under the 2005 agreement on Movement and Access, Israel agreed to allow 400 truckloads of exports per day. However, since the blockade, only 224 truckloads in total were allowed out—occasional shipments of strawberries and carnations. Since the easing, other than the humanitarian activity of small exports of strawberries, not a single truck of exports has left Gaza. This has led to business closures and unemployment.[14]

[4] UNRWA, as cited in Dashed Hopes, pp. 5, 7. Progress on the “approved in principle” projects has also been slowed by Israel’s onerous requirements for approval, monitoring and verification —including multiple photographs—of the use of each truckload of materials.

[5] UNRWA, as cited in Dashed Hopes, p. 7; UN Office for the Coordination of Humanitarian Affairs (OCHA) of the occupied Palestinian territories. The Humanitarian Monitor, September 2010.

[11] The Humanitarian Monitor, UN Office for the Coordination of Humanitarian Affairs (OCHA) of the occupied Palestinian territories. September and October 2010 issues.