CJPME Factsheet 121, published February, 2011: This factsheet looks at how accessible public services are Israel. Although by law all Israelis are considered equal, in reality, access to public services depend on the citizen’s ethnic or religious affiliation and the region where they live. Arab citizens of Israel, which account for 20% of the population, are negatively impacted by inequalities in the public sector, public fund transfers, and access to public services. The policies and laws behind the unequal treatment of Israeli citizens amount to nothing less than state-sponsored discrimination against minorities.

Factsheet Series No. 121, created: February 2011, Canadians for Justice and Peace in the Middle East
View factsheet in PDF format 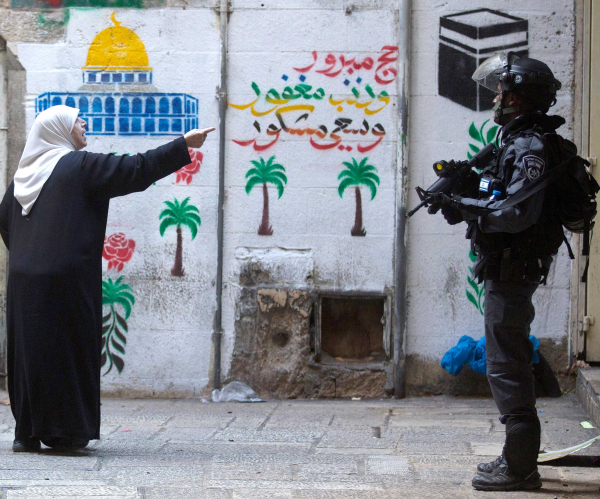 Do all Israelis have equal access to public services?

No. Although by law all Israelis are considered equal, in reality, access to public services depend on the citizen’s ethnic or religious affiliation (Jewish, Druze, Arab[i], Circassian, Bedouin) and the region where they live (rural, urban or unrecognized areas). The Jewish community represents 76.4% of the population while minorities constitute 23.6%, 20% of which are Arab. [ii]

Employment: Many employment opportunities are only available for those who have completed their military service. Since Arabs are exempted from the military, they are unable to work in many private companies (e.g. Israel Railway). Scholarships for graduate studies and housing subsidies[iii] are also granted on the basis of completing ones military service. Arabs are therefore under-represented in all employment sectors and constitute only 0.8% of the workforce in the field of finance and insurance, 5.6% in business, 2.3% in management, etc.[iv]

Health: In 2009, the Department of Health allocated less than 1% of its budget to Arabs. Since social insurance does not cover all the costs of care and treatment, the Arab population must purchase their own health care policies to cover all uninsured medical expenses. However, private insurance companies are expensive, and are inaccessible to 53% of the Arab community (in comparison with 11% of the Jewish community).[v] There is also a geographical barrier to health care as health services are less accessible in remote areas, especially in the south of the country.

Unrecognized areas: The 1965 National Law of Planning and Construction defines the land of the Negev as a non-residential farm land, even if it is inhabited by over 85 000 Bedouins. Not recognizing the vast majority of Bedouin villages means that they are excluded by the State and that they have no local authority, no government subsidies, and no construction permits (the Israeli government regularly conducts raids to demolish homes). They also do not have access to telephone lines, running water, electricity, health and education services, employment opportunities, means of communication, public transport services, etc.[vi]

No, public fund transfers are not distributed equally in Israel.

Public transfers: the 2008 development budget (infrastructures, public services) assigned only 7.6% (944 million ILS) to the needs of the Arab community; a sum which only represents a quarter of this community’s estimated needs.[vii] Since public services are offered according to the funds available to municipalities, 75 Arab communities find themselves in a much more precarious situation than the Jewish municipalities because they receive 30% less government transfers. This results in the deterioration of roads, sewerage, drinking water pipes, etc. [viii] Despite the growth of Arab communities, they remain excluded from planning and construction committees (e.g. only 2 of the 18 members of the Department of Planning of the North are Arab, regardless of the fact that 52.8% of the population is Arab) .[ix] Government funds are also distributed when districts are considered “National Priority Areas”. Accordingly, of the 553 communities benefiting from these incentives, only 4 are Arab.[x]

East Jerusalem: Since 1967, the government has not allocated a budget for the development of East Jerusalem, of which 60% of its population is Arab. The result is inefficient road systems, garbage pickup services, sewers (7 km of missing sewage), postal services (2 post offices located in East Jerusalem compared to 50 in the West of the city), and the fact that 64% of Palestinian families live below the poverty line in comparison with 24% of Jewish families.[xi]

Fight against poverty: Israeli government programs aimed at fighting poverty do not properly take into account the financial situation of Arabs in Israel. In 2008 for example, Israeli government programs helped reduce poverty in the Jewish community by 46.2% as opposed to only 13.5% in the Arab community, despite the fact that the latter group accounts for 50% of the poorest families in the country.[xii]

Public service: Only 10% of Arab children have access to day-care compared to a 45% average for the rest of the population. [xiii] The government plans to open 150 new establishments to overcome the shortage of day-care centers, however, only 17 of them will be located in the Arab districts.[xiv] Public transport networks dispose of less than 2% of the budget for service improvement in Arab neighborhoods,[xv] despite the fact that problems with the transport system are a major cause of poverty for Arabs as well as the inaccessibility of services.

Are Arabs proportionately represented in the job market?

In 2009, 6.7% of public sector employees were Arab, which is overwhelmingly low compared to their relative population size. [xvi] Arabs in Israel represent 7.2% of the employees at the Department of Health, 6.2% at the Ministry of Education, 3.9% at the Department of Justice, 2.3% at the Department of Transportation, 1.3% at the Ministry of Housing, 1.2% at the Ministry of Finance, and 0.7% at  the Department of Defense. [xvii] As for the Justice System, in 2008 Arabs accounted for 4.9% of the judges in the District Courts, 7.7% in the Magistrates Courts, and only 3.6% in Labor Courts. [xviii] The Israeli Parliament is predominantly Jewish, and provides only 11 seats out of 120 for Arab parties and the Arab vote is divided between several small Arab parties and progressive Israeli parties. Despite the fact that Israeli governments are regularly made of multiparty coalitions, no Israeli government was ever formed with a coalition that included an Arab party.

How do these inequalities impact the Arab community?

A 2008 report by the Mossawa Center on racism observed against Israeli Arab citizens , found 169 incidents (24 cases of racial profiling, 8 attacks on mosques, churches or cemeteries, etc), 41 deaths (among which 24 by police officers and 5 by soldiers), 27 racist remarks made by politicians and public figures, and 11 discriminatory laws.[xix]

In 2008, the Israeli Ministry of Education stated that the Arab community was in need of at least 7 000 classrooms, and that the number is expected to climb to 12 000 in 2012. On average, the Israeli government spends 534 ILS (147 CAD) per Arab student compared to 1779 (491 CAD) per Jewish student.[xx] Arab students account for only 11.2% of undergraduates, 6.1% of graduates and 3.5% of those who reached doctoral studies. [xxi] As for academic positions, the proportion remains negligible with only 1.2% of professors being Arab and earning 50% less than their Jewish colleagues.[xxii]

Although the Israeli government recognizes Hebrew and Arabic as its official languages, it makes it only mandatory for Arabs to learn Hebrew as their second language in addition to Arabic and English (they must also learn the Jewish Bible). Jewish students however, are only required to learn Hebrew and English.[xxiii] In March, 2010, a law prohibiting the commemoration of the Nakba (Arabic for “catastrophe”, a term referring to the beginning of the exodus of thousands of Palestinians after the creation of Israel in 1948) passed the first reading in the Knesset as the Israel Parliament claimed that this sort of event goes against the Jewish character of the State of Israel.[xxiv]

[iv]MossawaCenter. 2008. “The Economic Status of Arab Citizens of Israel: an Overview”.

[vii]MossawaCenter. 2008. “The Economic Status of Arab Citizens of Israel: an Overview”.

[xiv]Israel’s Fifth Period Report to the UN Committee on the Elimination of Discrimination against Women,

[xv]MossawaCenter. April 2010. « One Year for Israel’s New Government and the Arab Minority in Israel”.

[xxiv]MossawaCenter. April 2010. « One Year for Israel’s New Government and the Arab Minority in Israel”.