CJPME Factsheet 127, published May, 2011: This factsheet looks at the sudden decision by the Canadian government to defund KAIROS, a Canadian non- governmental organization (NGO). The Canadian International Development Agency (CIDA) has financially supported KAIROS since 1976, but on November 30th 2009, KAIROS was informed that its four-year (2009-2013) funding request had been denied. In addition to the government’s false allegations against KAIROS at the time of the defunding, several ethical issues were uncovered in the subsequent year.

Factsheet Series No. 127, created: May 2011, Canadians for Justice and Peace in the Middle East
View factsheet in PDF format 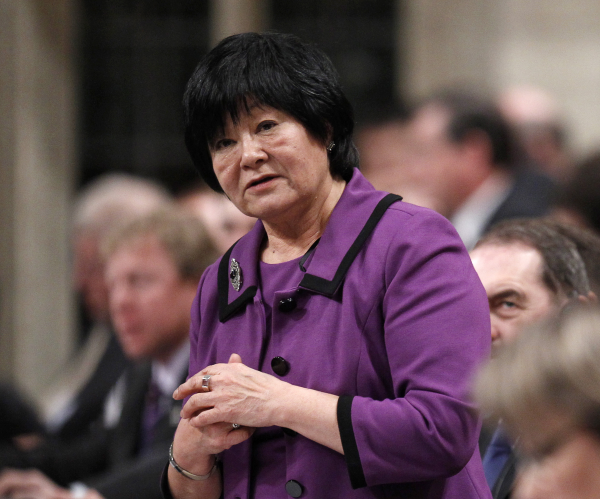 KAIROS Canadian Ecumenical Justice Initiatives, commonly referred to as “KAIROS”, is a Canadian non-governmental organization (NGO). [i]  Its mission is to unite Canadian churches and religious organizations in a “faithful ecumenical response to the call to ‘do justice, and to love kindness, and to walk humbly with your God’ (Micah 6:8)”. KAIROS promotes ecologically sustainable stewardship of energy and resources, economic justice and human rights through research, public education, advocacy and partnership programs. It works with partner organizations in Africa, Latin America, Asia and the Middle East. [ii]

How and why did the Canadian government defund KAIROS?

On November 30th 2009, KAIROS was informed that its four-year funding request to the Canadian International Development Agency (CIDA) for 2009-2013 had been denied. KAIROS’s funding proposal had initially moved rapidly through CIDA and had been approved at every level. Nonetheless, it was ultimately denied by the Minister of International Cooperation, Bev Oda. No single reason was given for the defunding decision. KAIROS has been financially supported by CIDA since 1976, with the Canadian government’s funding accounting for 39 percent of the organization’s budget in 2008.[iii]

When the decision was first made to defund KAIROS, Oda stated that KAIROS’s programs did not meet the government’s current priorities.[iv] According to Oda, KAIROS’s request for $880,000 for various public education campaigns in Canada was “a poor way of spending development money.”[v]  Her comments directly contradicted CIDA’s 2009 evaluation, which stated that “KAIROS’ program is very much in line with CIDA policies … and with CIDA’s Overseas Development Assistance (ODA) priorities.”[vi] It is rumoured that the government was irritated by KAIROS analysis of Canadian mining practices abroad.  KAIROS had drawn attention to domestic and international concerns about unethical Canadian mining companies’ practices. A February 19 2011 government briefing note to its MPs says, “Our government supports funding to deliver aid and tangible results for the people of developing countries, not subsidizing advocacy.”[vii] However, as KAIROS executive director Mary Corkery explained, public engagement activities to make Canadians aware of its work abroad is acceptable under CIDA’s guidelines.[viii]

In a letter to Medicine Hat News, Conservative MP LaVar Payne claimed that KAIROS was run in an inefficient manner. Yet, CIDA’s February 2009 evaluation had concluded that KAIROS “effectively maximizes the cost effectiveness and strategic impact of the policy and advocacy work of its partners.”[ix] As well, Immigration and Citizenship Minister Jason Kenney leveled unfounded implicit accusations of anti-Semitism against KAIROS. During an address to the Global Forum to Counter Anti-Semitism in Jerusalem on December 16th 2009, Kenney declared that the defunding of KAIROS was an example of the Canadian government’s initiatives to fight anti-Semitism. He also alleged there that the organization had played a “leadership role in the boycott” of Israel. In reality, KAIROS had officially decided against advocating sanctions or a boycott of products from Israel.[x] KAIROS leaders speculated that Kenney might have confused KAIROS Canada with Kairos Palestine, a group that does advocate for economic sanctions and boycott to be applied against Israel.[xi] Kenney later retracted his statement, but as recently as April 11th, 2011 reiterated his contention that there was evidence to substantiate his original statement.[xii]

What issues were raised in the government’s defunding of KAIROS?

In addition to the government’s false allegations against KAIROS at the time of the defunding in late 2009, other ethical issues were uncovered in the subsequent year.  First, it turned out that Minister Oda, or someone in the Prime Minister’s Office doctored the CIDA memo relating to CIDA’s funding.  Senior civil servants in fact approved funding for CIDA, and signed a document recommending funding for KAIROS.  Subsequently, someone inserted a handwritten “not” on the signature page, reversing the final decision of senior CIDA officials. [xiii]  Worse, the CIDA officials were not told that the actual meaning of their “approval” signature had been changed.

Months after the original defunding, as details and contradictions in the government’s original story emerged, Oda was accused of misleading Parliament in her initial accounts.  Initially (Dec., 2010), Oda had stated that “[she], personally, did not sign that document,"[xiv] and that she did not know who had made the decision. However, following months of controversy, on February 14th 2011, Oda admitted that it was indeed her decision to alter the document, and that, since she was out of Ottawa at the time, her Chief-of-Staff Stephanie Machel had inserted the “not” and signed the document on Oda’s behalf, supposedly using a Magic Autopen — a device reproducing Oda’s signature. After this contradictory change of story was put forth by Oda, there was broad public outcry and calls for Oda’s resignation. House of Commons Speaker Peter Milliken ruled March 9th 2011 that Oda probably misled MPs in her original testimony, and that opposition politicians had been justified in pursuing the issue.[xv] A federal election was called March 21st before Oda could be found in contempt of parliament for her alleged false testimony.

What has been the reaction to the CIDA Minister’s explanations?

Oda blamed sloppy paper work for the confusion and admitted that “the way in which this case has been handled, including by myself, has been unfortunate.”[xvi] The Conservative government supported Oda and denied the legitimacy of opposition concerns throughout the entire controversy. Prime Minister Stephen Harper stated that Oda’s responsibility was “to make sure that taxpayers’ dollars are used effectively for foreign aid,”[xvii] thereby implying that funding for KAIROS was not an effective use of taxpayer dollars. His reinstatement of Oda as Minister of International Cooperation after the 2011 election, implicitly again dismisses opposition and public concerns about Oda’s conduct and the criteria for defunding.

Many Canadians believe that Oda intentionally misled the House of Commons; 88 percent of people responding to an online question posed by CBC February 15, 2011 indicated that they wanted Oda to resign due to her dishonest handling of the incident.[xviii]  Some media commentators have speculated that Oda was only following orders from above. However, Oda asserts “there was no direction, advice or conversation with the prime minister (or) any of his staff regarding the KAIROS application.”[xix]

In the wake of the “Not” scandal, the Canadian public has become more aware of the disconnect between the current government’s funding decisions and the recommendations by CIDA professional staff. NDP MP John Rafferty asserts that the government should respect the work of civil servants, put aside partisanship and make decisions based on evidence.[xx] Canadian aid groups are calling for a more transparent, accountable process in the future, with clear government explanations for funding and defunding decisions. KAIROS officially responded to Oda’s defunding decision by emphasizing the importance of transparency and accountability for the decision to cut its funding.[xxi]

[ii] For more information see CJPME factsheet 74, The Defunding of KAIROS by the Harper Government, Feb 2010.

[vi] Kairoscanada.org . “Excerpts from the successful February 2009 CIDA evaluation of KAIROS.” Accessed May. 12, 2011

[ix] Kairoscanada.org. “Excerpts from the successful February 2009 CIDA evaluation of KAIROS.”  Accessed May. 12, 2011